What's the most energy-efficient way to charge my cellphone? 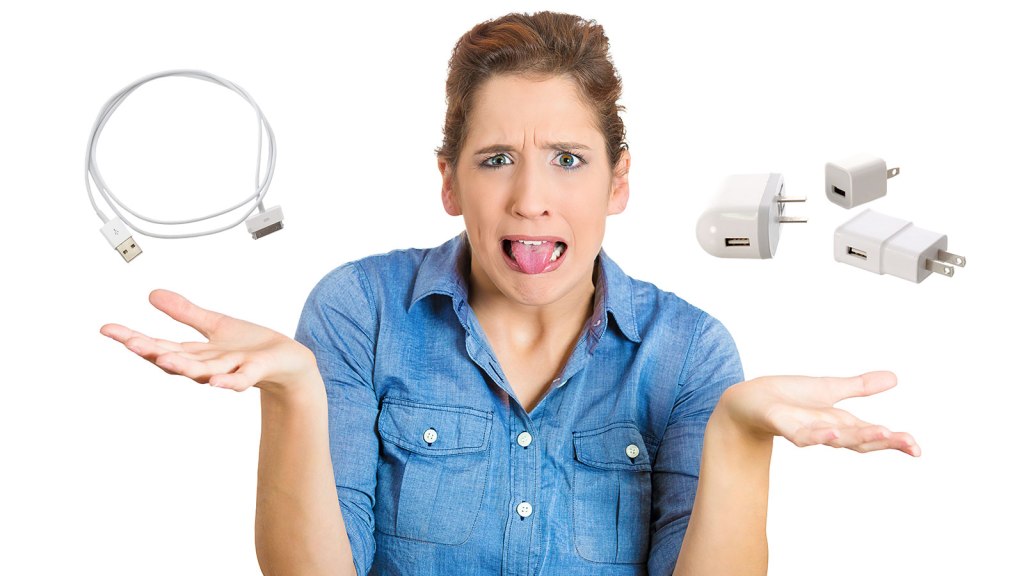 What’s the most energy-efficient way to charge my cellphone?

Q. I wanted to know if it saves electricity to charge a phone or music player from the USB port of a computer vs. a plug in the wall, provided the computer was going to be used for work in addition to charging via USB port.

Never have I regretted my decision to drop that electrical engineering minor more. In researching your question, I have had to give myself a crash course littered with terms such as “alternating current,” “milliampere-hours,” “PSU efficiency curve,” and “Dirty Deeds Done Dirt Cheap.” I could have used a little more scientific training to fall back on.

After all that, Jesse, I have concluded that we’re not asking the right question. Near as I can tell, there’s not a huge efficiency difference between powering a portable device through a laptop’s USB port or through a plug-in wall adaptor. However, there are some exciting technologies right on the horizon that promise great strides in the world of battery charging — so perhaps what we should be asking is, “How can we improve on that nest of power cords we all have lying around the house?”

To your original query first, though. Ultimately, both charging methods are drawing on electricity from your wall outlet — the laptop gets the juice in its USB port from a power cord attached to the wall, too, after all. And both cords (the direct phone charger and the laptop’s power cord) waste some amount of energy in the process. The best chargers are only about 80 percent efficient, with some models dipping down to 65 percent.

Why? Portable devices like phones, tablets, and laptops run on DC (direct current) electricity, which is easy to store in batteries. But the power coming out of our outlets is AC (alternating current) electricity, which is easier to transmit over long distances. So chargers come equipped with adaptors — those witchily named wall warts among them — to transform the AC into usable DC. And that conversion process wastes energy: We’re talking one-third to one-half of the electricity is gobbled up by the power supply itself, and never makes it into your device.

Clearly, we need some improvements. And luckily, it appears we’re about to get ‘em. The U.S. Department of Energy is on the verge of implementing new efficiency standards for chargers that officials say will save Americans $3.8 billion and eliminate 47 million metric tons of carbon emissions over the next 30 years. This comes on the heels of California adopting even stricter charger efficiency standards in 2012 (some argue that taking these national would be better than using the DOE’s proposed numbers). In any case, we should be seeing improved chargers on the shelves soon.

Then there’s this little gadget from new company FINsix, soon to hit the market. The Dart, billing itself as the world’s smallest laptop adaptor, will enable users to charge several devices at once from a single supercharged plug, which minimizes conversion and boosts efficiency; it also recycles a lot of the energy that a typical adaptor loses.

Still more exciting is an electrical revolution some say is looming in the near future: direct DC power systems. This year, the USB PD (power delivery) port makes its debut. Now, the typical USB port is the 2.0 version, capable of zapping 500 milliamps to any plugged-in doodad. (The less-common USB 3.0 port can transmit 900 milliamps, while a wall charger delivers more like 1,000; this is why your phone probably charges much more quickly on the wall than through your laptop.) But the mighty USB PD will provide 10 times more juice than today’s standard — making it possible to charge bigger, hungrier electronics via USB.

Remember that USB cords use DC electricity, not AC. So the arrival of the USB PD technology means we might draw on DC power directly, eliminating the need for those buzzkilling AC adaptors. And the next-gen USB also integrates better with solar systems, which produce DC power anyway. So USB PD brings us even greater efficiency, plus a really great name for a TV show about tech crime.

When it comes to our current charging options, Jesse, we are somewhat limited in our ability to save energy — though we can and should unplug as much as possible, and take steps to extend the battery life of our gizmos. But the future of battery charging looks bright, and I, for one, am waiting with bated breath.