You know what this threatened Florida forest needs? A Walmart and a Chick-fil-A 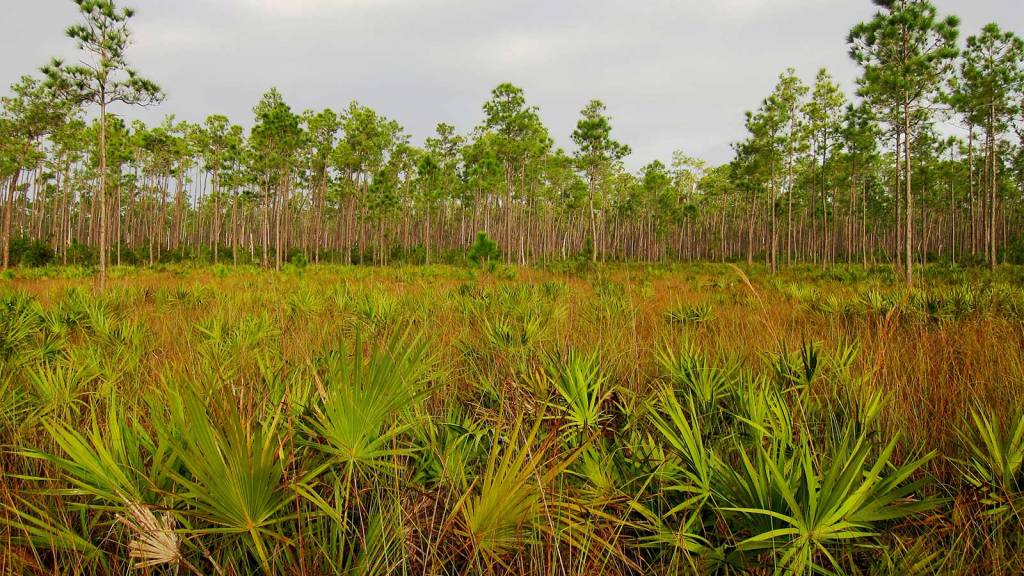 You know what this threatened Florida forest needs? A Walmart and a Chick-fil-A

Walmart is all about convenience, which is probably why the company is building its new Miami-Dade store on 125 acres of Florida’s dwindling pine rockland: There are currently about 2,900 acres of pine rockland left outside of the Everglades, and Walmart’s new store will make choosing a home about 5 percent easier for the many imperiled species that live only in these shrinking forests. Thanks, Walmart!

Jenny Staletovich at the Miami Herald has more on this developing story:

About 88 acres of rockland, a globally imperiled habitat containing a menagerie of plants, animals and insects found no place else, was sold this month by the University of Miami to a Palm Beach County developer. To secure permission for the 158,000-square-foot box store, plus an LA Fitness center, Chick-fil-A and Chili’s restaurants and about 900 apartments, the university and the developer, Ram, agreed to set aside 40 acres for a preserve.

But with less than 2 percent of the vast savanna that once covered South Florida’s spiny ridge remaining, the deal has left environmentalists and biologists scratching their heads.

“You wonder how things end up being endangered? This is how. This is bad policy and bad enforcement. And shame on UM,” said attorney Dennis Olle, a board member of Tropical Audubon and the North American Butterfly Association, who wrote to Florida’s lead federal wildlife agent Friday demanding an investigation.

Times are tough for Florida wildlife. A 2002 study estimated only about 23 percent of the state’s native plants were safe. Forty plant species grow only in the rockland. The rockland also provides habitat for numerous threatened and endangered animal species, including the indigo snake and Florida bonneted bat.

But it’s hard to fault the University of Miami for selling the land instead of protecting it. Providing top tier educational opportunities is expensive, and sometimes, if you want to make an education omelet, you’ve got to break a couple of eggs — in this case, soon-to-be-officially-endangered bertram’s hairstreak butterfly eggs.

Really, it’s kind of an egalitarian move for Walmart. Normally, the company sticks to destroying human culture, history, and economies, so it’s nice of it to branch out from its typical anthropic obliteration and its attempts to kill Tracy Morgan, and eradicate some non-human beings.

There are still hopes that the land can be preserved, but in the meantime I’ll just let this picture tell you my last 1,000 words.