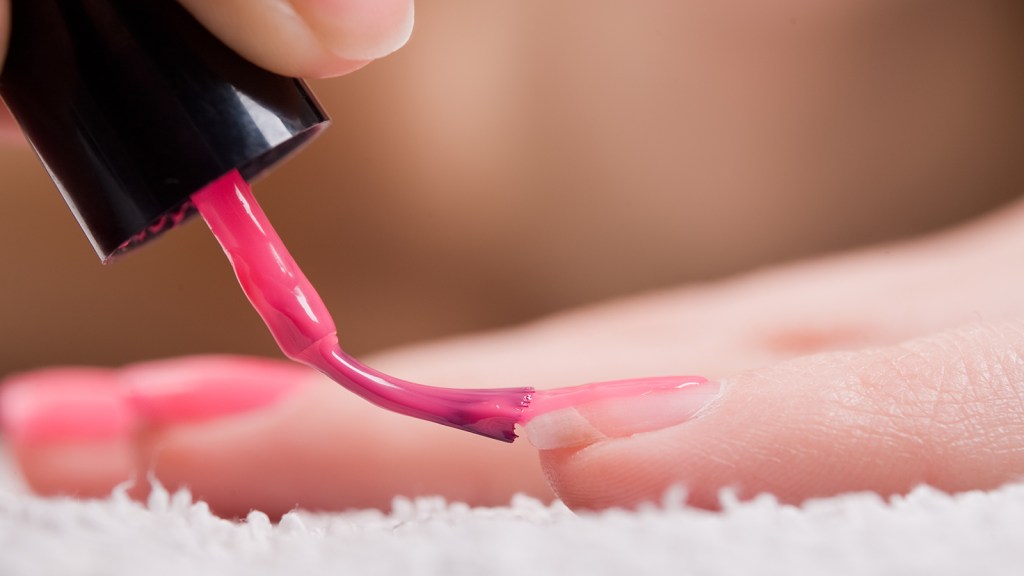 Here’s something to think about the next time you get your nails done: What exactly is in that polish?

A new study by Duke University researchers found high levels of the chemical compound triphenyl phosphate, or TPHP, in the bodies of study participants after they painted their nails. The suspected endocrine disruptor is found in major nail polish brands like Sally Hansen, Revlon, Wet ‘n Wild, Maybelline, and others (you can search your nail polish brand in this database). TPHP is commonly used as a flame retardant.

“The levels [of TPHP] that we saw increase as a result of nail polish application went up by nearly 7-fold within 10 to 14 hours, so it was a significant increase. It was surprising because we really thought the main source of exposure was fire retardants,” study coauthor Johanna Congleton told KUNR Public Radio. “We thought inhalation would be a bigger concern and more of a route of exposure.”

But, no. The nails it is. And TPHP could have disturbing side effects. KQED News reports:

Recent research in lab and animal experiments suggests the chemical can disrupt hormone activity, promote obesity, and cause heart damage. Human data is limited, though a 2010 study published in Environmental Health Perspectives found an association between TPHP in men and lower sperm counts.

Another study, this one by University of Michigan School of Public Health, found that men exposed to TPHP correlated with lower sperm counts as well as greater production of prolactin, a hormone stimulating breast development.

So, there you have it: heart damage, obesity, lower sperm counts, and man boobs. We are playing whack-a-mole with chemicals. Most plastics contain hormone mimicking compounds. But if those potential risks are not enough to make you drop the nail polish altogether, I’m not sure anything will.