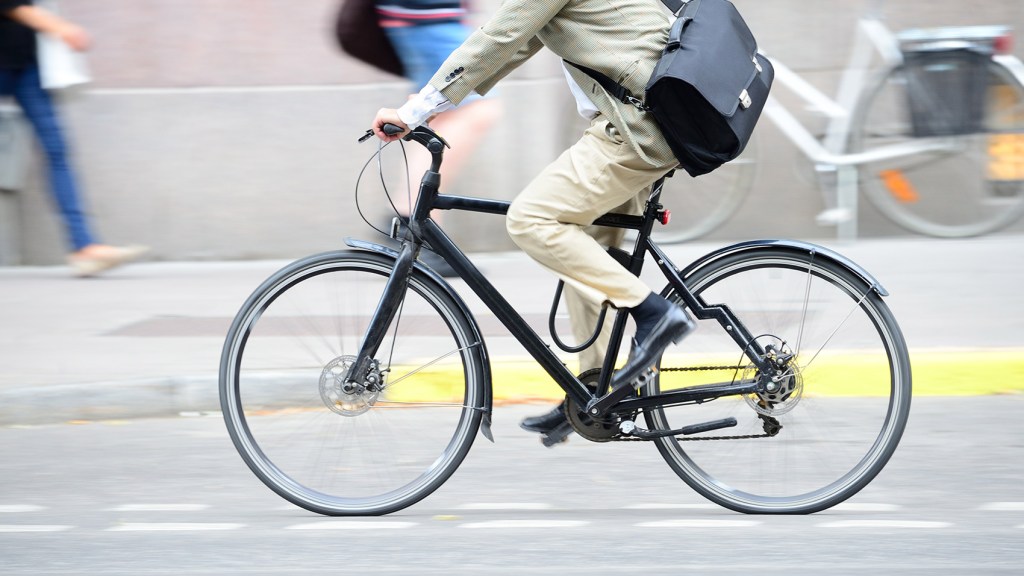 Q. I like to commute on my bike, but lately I’ve been spooked by reports of cyclists getting clobbered by cars. Is it safer to ride a bike or drive in a car? The math gets complicated very quickly.

Even the most dedicated cyclists wake in a cold sweat every now and then, their nightmares populated by unexpected car doors and right-turning semis. For all of its many, many benefits, bike commuting can make you feel quite vulnerable out there in traffic. Add to that the emotional gut-punch of a tragic cycling accident, and I don’t blame you for getting a little spooked. But should you let that fear keep you off the bike? I think not.

I suspect you’re a numbers guy, James, and that you want a clear mathematical assessment of your risk every time you hop in the saddle. Unfortunately, I can’t give that to you. I can tell you bike accidents killed 677 and injured 48,000 people in 2011, courtesy of the National Highway Traffic Safety Administration. I can also tell you those 677 accounted for just 2 percent of all motor vehicle fatalities.

Does that sound reassuring? I hope so. The Pedestrian and Bicycle Information Center points out that bike trips make up just 1 percent of all trips in the U.S., making cyclists seems overrepresented in the death tally. But they go on to say there are so many unknowns that trying to crunch the numbers quickly becomes meaningless. We don’t know how many miles cyclists are racking up, and we don’t know how long it takes them to do it (exposure risk). Risk also varies by, among other things, time of day (more cyclists die in the afternoon and evening), how experienced the cyclist is, and whether or not the cyclist is drunk (don’t do it, people!).

Is there risk involved in biking? Yes. Could you be seriously injured or killed doing it? Yes. But that’s also (very) true for getting into a car, and it doesn’t seem to bother anyone. Confusing statistics or not, the vast majority of trips that you and I take individually will go safely and smoothly. Given how absolutely wonderful biking is for your health, your wallet, and the planet, I think the slight risk involved is far outweighed by the benefits.

But this does involve some responsibility for your own safety, James. Don’t be one of those cyclists who runs red lights, rides against traffic, and otherwise puts himself in stupidly dangerous positions. Remember that bikes are subject to traffic rules, so you need to obey all signs and signals – not just for legal reasons, but because you want drivers to both see you and predict what you’re going to do.

Speaking of seeing, being visible is a great idea. This goes for your bike — think flashing front and rear lights, plus reflective tape — as well as yourself. Bright, fluorescent, and/or reflective jackets, vests, and leg bands are all wonderful choices (the rule of thumb here is that the dorkier it looks, the better). And while you’re getting dressed, I know you wouldn’t think of heading out without a helmet, James. I know the to-wear-or-not-to-wear question is controversial in certain circles, but a helmet can’t be beat as a last line of defense.

Still nervous? There are lots of bike advocacy groups out there brimming with resources to help you feel safe and comfortable on two wheels. Like this series of diagrams on common crash scenarios and how to avoid them. Or these rules of the road. Or Grist’s very own urban cycling how-to video. Many cities (including yours) publish bike maps marking the safest routes for cyclists.

Finally, know you’re not in it alone: Local bike advocacy groups (you’ve got one of those, too), bike shops, and bike clubs can hook you up with skills clinics, organized rides, and commuting buddies. The more people out on the streets biking, the more attention drivers will pay — and the safer the streets will be for everybody.