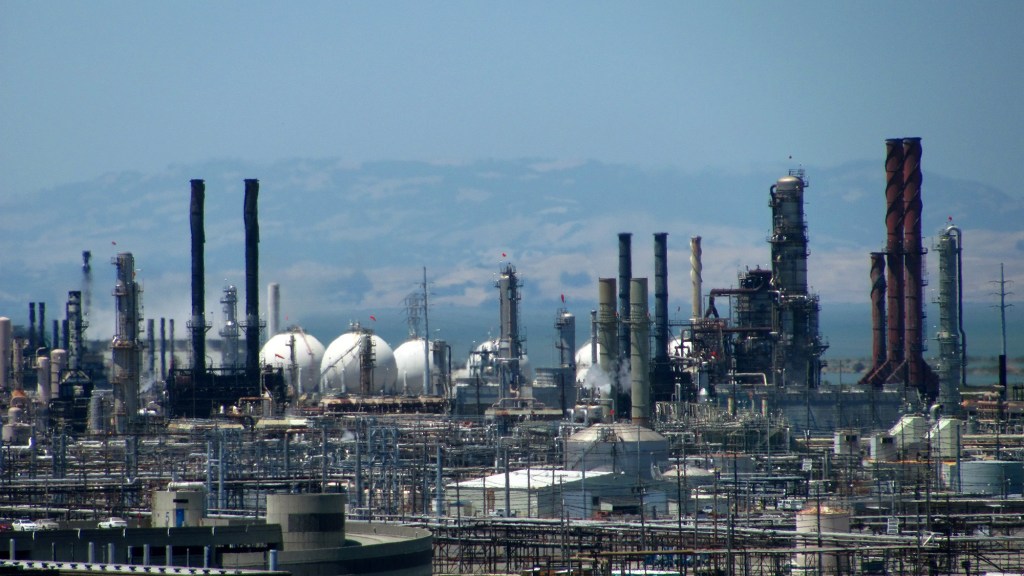 You can read the first part of this story here.

Andrés Soto was no stranger to politics. He’d demonstrated with the United Fruit Workers. He’d worked for the county health department on youth violence prevention. He’d been on the school board, and pushed for multilingual education. But he’d never been that interested in city government until his run-in with the Richmond police in 2002.

Now he was. Along with an old friend, Juan Reardon, he formed the Richmond Progressive Alliance (which quickly became known as the RPA). Together, they figured, they had enough connections to form a coalition that could counter the power structure of Richmond’s city hall. And they were right. Over the next few years, their organization picked off its opponents and engineered a progressive revival in Richmond. Then they learned what many others have learned before them: It’s easier to take over a government than to run it.

The new RPA started by suing the police department and becoming regulars at police commission meetings. Police Chief Joe Samuels had been appointed to the job by the Richmond city manager after a stint running the police department in nearby Oakland, where he’d promised a more accountable community policing program. He never delivered on that promise in Oakland, and he wasn’t delivering on it in Richmond, either.

The RPA had a strategy: build a case against Samuels that would be so strong that anyone who continued to support him would pay a political price. “If they wanted to throw him under the bus — which eventually they did — fine,” says Soto. “Because we’ve got a new target: your city manager.” Isiah Turner, the city manager, also had a problematic past, including an episode in Washington state where auditors found he’d misused $22,000 in public funds and a shady privatization of Richmond’s city-owned wastewater treatment system.

Meanwhile, there was a city council election coming up. Soto ran and nearly made it, but found himself the target of a rough campaign funded by the police and fire department. “Andres Soto is a radical,” read one flier, “that uses confrontational politics to challenge the rule of law.” Another RPA candidate, Gayle McLaughlin, an earnest progressive who had just moved to the Bay Area from Chicago, also ran. None of the groups attacking Soto even knew who McLaughlin was; she squeaked her way onto the council with 10 percent of the vote.

That same year, 2004, Turner took an early retirement as city manager. The city soon figured out why: Richmond was staring down a $35 million budget deficit. Turner had stealthily raised the wages of the city’s police and firefighters over the years while lying about the size of the budget reserves. The city was forced to lay off hundreds of employees and close libraries and senior and community centers.

But the new city manager, Bill Lindsay, was astonishingly competent. So was Lindsay’s choice for police chief, Chris Magnus, a total outsider brought in from Fargo, N.D. The new team faced challenges from the police department old guard, which spent years in court fighting Magnus; but over the next decade, the new team’s record — most notably, lowering the crime rate — won the progressive leadership some solid support.

In 2006, the RPA’s first chance at running a candidate for mayor arrived. Soto was thinking he would make a pretty great mayor, but Reardon had someone else in mind: McLaughlin. She had already made it onto the city council, and she still didn’t have that many enemies. That seemed reasonable; Soto decided to go along.

In Richmond, most political campaigns were run by stuffing mailboxes with political fliers. The big players in local elections — Chevron, Kinder Morgan, Honda, the local card clubs — would curry favor with local politicians by printing up fliers on their behalf. Soto is fond of saying that in the world of politics you need to have either people or money. The RPA had people, so it canvassed by knocking on doors and talking to voters.

One key issue for the progressives was getting more tax revenue from Chevron. For years, Richmond had taxed local businesses based on their number of employees; this meant Chevron was paying exactly the same as any other business with a comparable payroll — regardless of how much money it was making or how much pollution it was dumping into Richmond’s air. A pollution tax seemed out of the question; but changing the city’s business tax structure did seem feasible, so the RPA persuaded the city council to put such a measure on the ballot.

The business tax lost. But when a third candidate split the race, McLaughlin, to the surprise of almost everyone, won, with just 31 percent of the vote.

Two years later, the RPA introduced a reworked version of the new business tax structure. This time, it passed. But passing a law proved to be not quite the same as actually having one.

The changes were invalidated by a court decision. The city council also hired an independent firm to audit Chevron’s utility tax payments to the city, which also seemed suspiciously low. The audit found that, yeah, they were a little low. Chevron settled with the city for $28 million, and the RPA put another measure on the ballot, this time to undo an older measure that capped Richmond’s utility rates. It was the kind of move that would have been impossible without a critical mass of supportive officials in city government.

While Chevron is, overall, one of the most profitable companies on earth, the profit margins on the practice of refining itself are small, and Chevron has made not-so-veiled threats to close the Richmond facility. “Refineries that don’t make money don’t stay open,” Mike Wirth, a Chevron executive vice president, said in 2009. Richmond was in competition with other, less taxed and regulated refineries in Singapore, China, and India, he added.  That said, it seems unlikely that the company would ever abandon such a good location — especially since America hasn’t seen the construction of new refineries since the 1970s, when the Clean Air Act was passed. Any new refinery would have to comply with tighter emissions standards than a pre-1970s one.

The 2010 election was more heated than the one four years earlier. The Richmond Firefighters hired a private investigator to dig up anything they could find on McLaughlin’s past and release it to the press. But a third party once again entered he race and split the vote, and McLaughlin was reelected.

The RPA also made one major misstep: It endorsed a former drag racer and longtime Richmond resident named Corky Boozé for city council, on the basis of shared opposition to a casino proposal. But Boozé proved no ally to the RPA. Instead, says Soto, “He crawled into bed with Chevron and basically hung out a ‘for sale’ sign.” (Boozé obviously disagrees, pointing to accomplishments like persuading Chevron to give $200,000 to a job development program.)

City council meetings became so contentious that they routinely dragged on past midnight, largely due to Boozé’s evident delight in disagreeing with other council members.

Soto was appointed to the planning commission, where he began work on a General Plan for the city’s development over the next 100 years — including high-density development along transit corridors, paths for bicyclists and pedestrians, incentives for green manufacturing and clean energy, and plans and best practices on preparing the city for climate change. But the city faced an even more immediate environmental crisis.

In August, 2012, a fire broke out at the Chevron refinery, sending a plume of smoke six miles into the air. An investigation by the Chemical Safety Board found that Chevron had delayed maintenance to the point where a corroded pipe had burst.

Chevron pleaded no contest to six charges in connection with the fire and agreed to pay the city $2 million in fines and restitution, but the fire’s health impact remains unknown. 15,000 people showed up in hospital emergency rooms in the days after the fire, complaining of respiratory problems. But there was no systematic attempt to test what they might have been exposed to. Most were sent home with cough syrup or inhalers and told to wait it out.

After the fire, the refinery’s value was reassessed, at a value that was $1 billion lower than it had been before the explosion. With that, Richmond’s refinery-dependent city budget tumbled by $6.1 million, or about 15 percent, sending the city into the red once again.

The next year, the RPA organized a march on Chevron to mark the anniversary of the explosion. 2,500 people showed up. But the real gain, Soto says, came in the process of organizing the march itself.

That’s how most marches work, he says. It might look like a lot of people standing around and waving signs, or like a blatant call to get the media to show up and take pictures — and it is all that. But the process of organizing a single event also gives people who might not seem like they have much in common a chance to talk to each other. That’s true for music, and it’s true for locking yourself to things and getting arrested. Soto and the other members of the RPA met people from other cities who were working on their own environmental fights over refineries, or shipping terminals, or oil by rail. Organizing the march led to the formation of a new group, the Sunflower Alliance, an East Bay-based environmental justice coalition.

Meanwhile, there’s another election coming up this autumn. McLaughlin has hit the term limit, though she’ll be running for city council again. Stoto can’t run — he’s moved to nearby Benicia, where he’s begun organizing to stop oil by rail coming through the community.

Another RPA candidate, a slightly more sardonic and world-weary man named Mike Parker, will try to replace McLaughlin. Chevron is expected to spend a tremendous amount of money on the election. The company has started its own newspaper, The Richmond Standard, staffed by a former reporter for the San Francisco Examiner. According to Soto, every billboard in town has been rented out to Chevron since the explosion at the refinery. Canvassers paid by Chevron have begun to appear in the neighborhoods, in shirts that say Richmond Proud or 4Richmond, going door to door.

“Please don’t get frustrated with the canvassers,” says the RPA’s website. “They’re bright young folks just trying to make a living, and someday they’ll be on our side.”