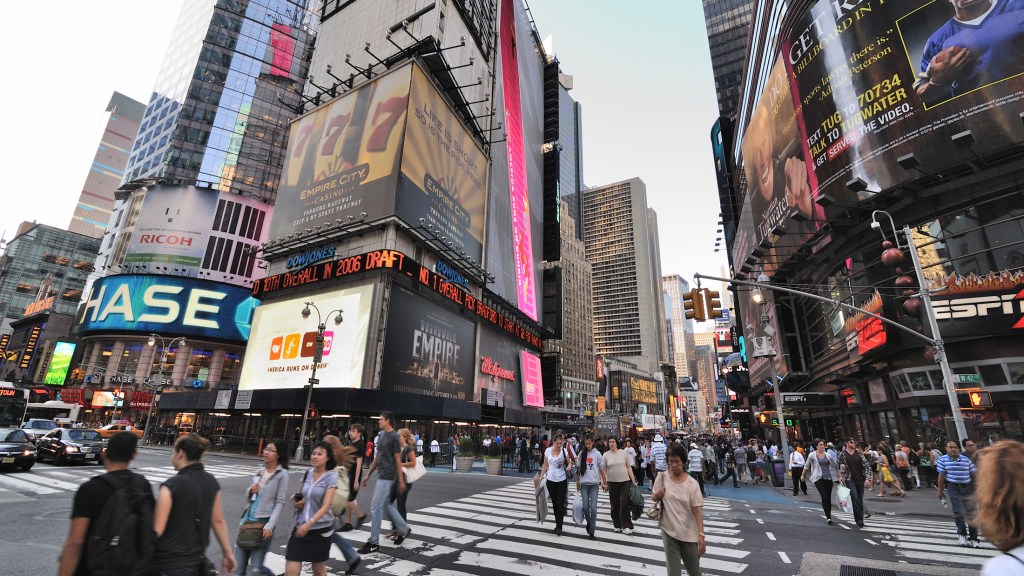 Pedestrian and bicycling advocates in New York City have long called for strengthening and enforcing traffic laws, and they’ve been asking the new mayor to take up the cause. But it’s been unclear whether Bill de Blasio would do so. He has given alternative transportation supporters reason to be wary. He has waffled on bike lanes, opposed outer-borough taxis, and equivocated on pedestrian plazas. De Blasio, by all accounts, likes to drive.

The mayor’s approach calls for an unprecedented coordination among the NYPD, the city’s Department of Transportation, its Department of Health, and the Taxi Commission. De Blasio said he wants to see detailed plans from the leaders of those agencies by February 15.

At the news conference, new police commissioner Bill Bratton talked about how he’ll make streets safer. He said he’ll grow the number of officers in the highway division to 270 — a 50 percent increase from the level under predecessor Ray Kelly.

The big challenge will not be drafting plans but changing the culture among New York drivers and cops. For decades, the city’s drivers have routinely endangered pedestrians and broken laws. The NYPD never made traffic enforcement a priority. Partly that’s because it used to be dealing with a much higher crime rate, and partly it’s because of the political power of drivers. But it was also the product of an indifferent attitude toward traffic safety. Kelly suggested last October that traffic deaths are essentially unavoidable in a big city: “We do have 8.4 million people. We do have a daytime population that’s over 10 million people. You’re going to have a lot of traffic and you’re going to have accidents.”

Former New York City Mayor Mike Bloomberg has been widely heralded, and justifiably so, for his administration’s expansion of bike lanes, pedestrian plazas, and other complete-streets measures. But that record, part of his trademark commitment to public health and a clean environment, was totally at odds with the NYPD’s traffic enforcement practices throughout his tenure.

Politically, this contradiction in Bloomberg’s policies actually made a certain sense. Middle-class residents of the deep outer boroughs — drivers, in other words — were an important part of Bloomberg’s constituency. Cracking down on them might incite a backlash. That’s why Bloomberg vetoed the City Council’s proposed ban on the most annoying audible car alarms — a public nuisance that has been proven not to prevent auto theft — despite his commitment to reducing harmful noise.

So, under Bloomberg, the NYPD continued to either ignore traffic violations altogether, or focus on the least important ones. Speeding and failure to yield are the most dangerous violations, and yet they are ticketed less frequently than comparatively innocuous problems. And when speeding is enforced, it is typically on highways rather than on neighborhood streets where it might save more lives.

If a pedestrian is hit by a car traveling 30 miles per hour — the maximum speed limit on New York City streets — he or she has an 80 percent chance of surviving, according to an October report by Transportation Alternatives (TA). If hit by a car traveling 40 mph, that chance drops to 30 percent. “Speeding drivers were the number one cause of fatal crashes,” says the report, killing “more residents than drunk drivers and drivers on cell phones combined.”

TA has found evidence of rampant speed-limit and traffic violations in the city. “In a comprehensive 2009 study along 13 roads in all five boroughs, Transportation Alternatives measured the speeds of 15,000 motorists and found that 39% violated the speed limit,” the report notes. The group found similar problems with failure to yield to pedestrians in crosswalks, the biggest cause of injurious collisions. Although the practice is rampant, the NYPD issued an average of fewer than 12 failure-to-yield summonses per month in 2012. By contrast, the NYPD wrote 95,866 summonses in 2012 for excessive window tint, a problem responsible for zero fatal or injurious crashes that year.

In just the two weeks since de Blasio’s inauguration, 11 New Yorkers have been killed in traffic accidents, seven of them pedestrians. De Blasio noted in his “Vision Zero” speech that the 286 traffic deaths last year nearly equaled the 333 homicides.

Twenty years ago, the city’s murder rate was seven times as high as it is now, and the police were understandably preoccupied. Today, New York has the opportunity to not only deploy more resources on traffic safety but to permanently alter the expectations and behavior of its drivers, police officers, and pedestrians.