How the suburbs could go from rot to rad 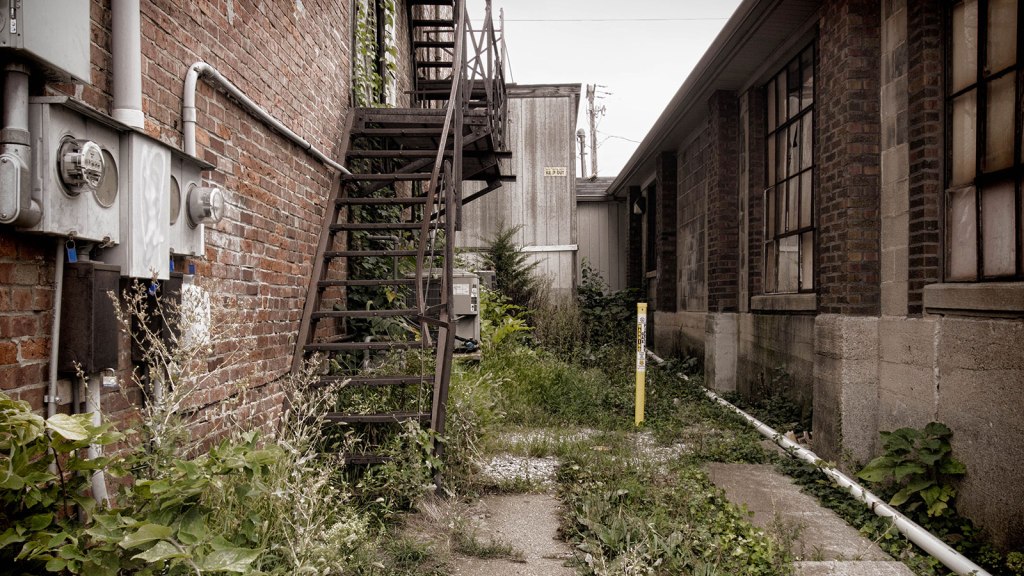 How the suburbs could go from rot to rad

One of my favorite new publications is the year-old Belt magazine, a Cleveland-based mash-up of journalism, essays, and commentary by and for America’s Rust Belt cities and suburbs. Belt’s rallying call is that too much of what is written about post-industrial cities like Cleveland, Detroit, Pittsburgh, and the like is written by people who live in places that are definitely not the Rust Belt — specifically, media hubs like New York, San Francisco, and Washington, D.C.

“People across the nation are interested in what’s happening in the Rust Belt,” Belt’s editor, Anne Trubek, put it in an interview with Atlantic Cities. “It’s becoming a topic of discussion for urbanists and people involved in the arts, especially,” Trubek said. “Experienced writers who live here are the best-qualified people to write about these new developments for the nation — not as boosters, of course, but as journalists. There are many of us here and we are good.”

Belt’s recent article on inner-ring suburbs, by Daniel J. McGraw, is a good example of this kind of perspective. In urban planning circles, inner-ring suburbs are the next frontier. Downtown redevelopment is an easy sell because downtowns are ridiculously trendy, and developers are salivating at the prospect of selling tiny condominiums to millennials and their retiree parents. Suburban development continues to sprawl out at the outermost edges of cities because that’s still the default setting for new home construction.

Some inner-ring suburbs are doing very well. Grist’s Ben Adler recently wrote about Bethesda, Md., an inner-ring suburb that lies between Washington, D.C., and the epic sprawl of D.C.’s outer suburbs. When the recession of 2008 hit, property values in D.C.’s ‘burbs tanked; but Bethesda held steady, thanks to a history of smart planning choices after the D.C. Metro added a stop there in the ’90s, boosting high-density, pedestrian-oriented development.

But not all inner-ring suburbs are created equal. Ferguson, Mo., for example, is an inner-ring suburb located near another ’90s transit project — the St. Louis Metrolink. But its property values were hit hard by the 2008 recession and never recovered. There are many reasons for this, many of them having to do with decades of racist policing and housing policy. Those reasons have been written about well, and extensively. But there’s another reason to consider that I hadn’t heard before.

The suburbs that seem to be falling victim to quick decline (and the subsequent racial divides) are the ones that had most of their housing built between the end of World War II and 1959. About 60 percent of Ferguson’s housing was built in that time frame, meaning that these old houses are now wearing out all at once, hitting the point where they are not appealing to most new home buyers, regardless of race.

There’s a reason for the housing boom during that decade: Home construction had ground to a halt during World War II, and demand was so pent-up that you could sell nearly anything — even a featureless, not especially well-constructed brick box.

Today, the homes built in this era are failing hard — there aren’t many new homeowners who are willing to take on a house that is likely to need a new furnace, a new roof, and new plumbing in quick succession. Even if they were willing to do this, they might pause at buying in a neighborhood where every building around them was racing towards its expiration date. Inner-ring suburbs that were built before the 1950s often had better construction and a wider variety of housing styles. They also had more time to build out — sometimes 30 years or more. Typically, they were financed and constructed by several small developers, rather than just a few big ones.

Belt argues that these older suburbs are already attracting the kind of infill development that characterizes Bethesda, while 1950s-era suburbs like Ferguson are in a predicament similar to what shopping malls face: They’re too much an artifact of a specific era to easily adapt to the one that we live in now. They’ll look more and more like the images that we’re used to seeing of under-populated neighborhoods in Detroit, where maybe one house per block is still maintained and standing.

Because these suburbs are also the first generation of the kind of large-scale cookie-cutter development that has come to define American suburbia, they’re also a harbinger of the trouble that lies in wait for all of our suburbs. Economies of scale made the mega-burbs affordable to build and buy, but what happens when, an entire suburb of ’80s McMansions hits its expiration date at the same time? We’re going to find out.

What to do about this? Belt doesn’t offer much in the way of optimism. “The housing crisis in inner-ring suburbs is so severe,”  says William Hudnut III, former mayor of Indianapolis, that “it would probably be better to just tear down a lot of the houses and leave the lots as grass right now.” Inner-ring suburbs are “in the fiscal crosshairs,” Hudnut adds, since they have little political power and even less money — they’re populated mostly by people who bought homes there in the first place, who tend to skew elderly and conservative, and by renters who are too poor to live anywhere else, who often have trouble getting to the polls and maintaining voter registration.

Ferguson is a textbook example of this. After months of protests over the killing of Michael Brown, the city government faces a budget shortfall. Adding insult to injury, it intents to raise funds by having the Ferguson police ramp up fines for offenses like jaywalking on the town’s already financially hard-hit citizens.

Nonetheless, that a suburb like Ferguson managed to have a protest at all, let alone weeks of protest that went on to make it a symbol of grassroots resistance to police brutality, flies in the face of a lot of urban theory, which describe suburbanites as too isolated and alienated from each other to organize.

There are two ways — the story goes — to gain political power. The first is money; the second is numbers. If inner-ring suburbs can get the numbers part right, they just might be able to get some of the changes that money has made possible elsewhere. Things like pedestrian access to the transit that runs through their communities. (The Metrolink stop closest to Ferguson is a case study in pedestrian-unfriendliness.) Or the kind of building-standards enforcement that would keep housing better maintained. If the last year is any guide, the inner-ring suburbs are the neighborhoods to watch.