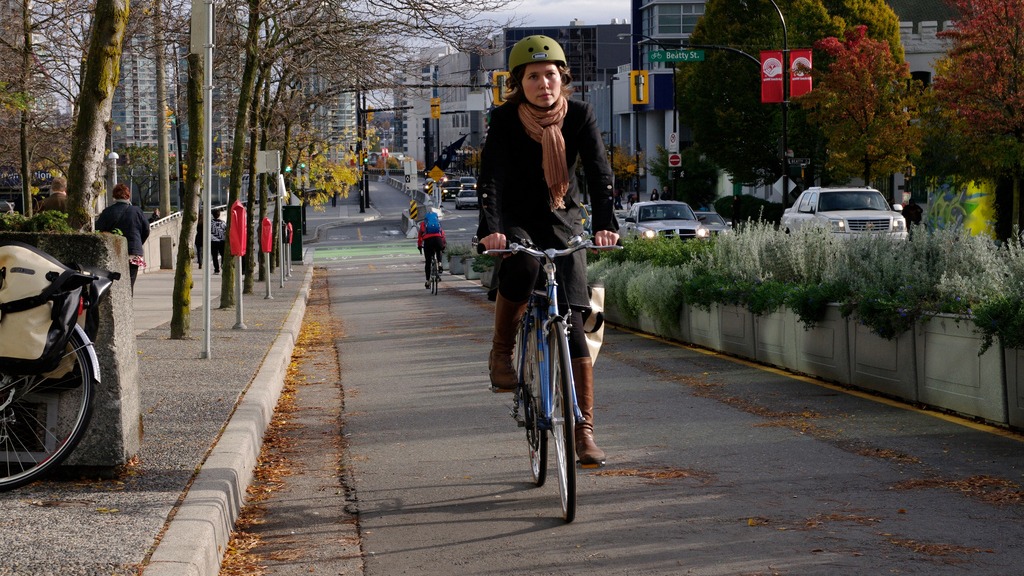 Science says you should keep babies away from ledges and going bald is upsetting. The latest from the Journal of Duh: More people ride their bicycles when infrastructure makes it easier and safer to get around on two wheels.

The Obesity Society just publicized results of a study by University of North Carolina researchers examining how the development of the Minneapolis Greenway — an intercity system of bike freeways connecting the places where people live and work — affected commuters’ habits over a decade.

In short, folks who live near the off-road trails switched to cycling to work at a higher rate than people who don’t. According to the U.S. Census Bureau, the number of U.S. bike commuters has increased 60 percent over the last 10 years. The shift to pedal power in Minneapolis has been even more pronounced: Bicycling among workers who live within three miles of the Greenway shot up 89 percent during the decade of data.

The study, led by TOS veep Penny Gordon-Larsen, is framed in terms of public health: “Active commuting” is associated with healthier hearts and weights; thus these findings support building bike-friendly transportation infrastructure as a useful instrument in the anti-obesity toolkit. Moreover, promoting cycling by adding bike lanes and bike paths contributes to other health-related advantages of urban bike-ability. As we’ve written about before, some research indicates that biking becomes safer as more people hop on their two-wheelers. Heck, bicycle-crazy Portland saw zero bike fatalities in 2013. Oh, and bicycle traffic jams don’t pollute the air we breathe, either.

So really, it’s not riding a bike that’s hazardous to your health.