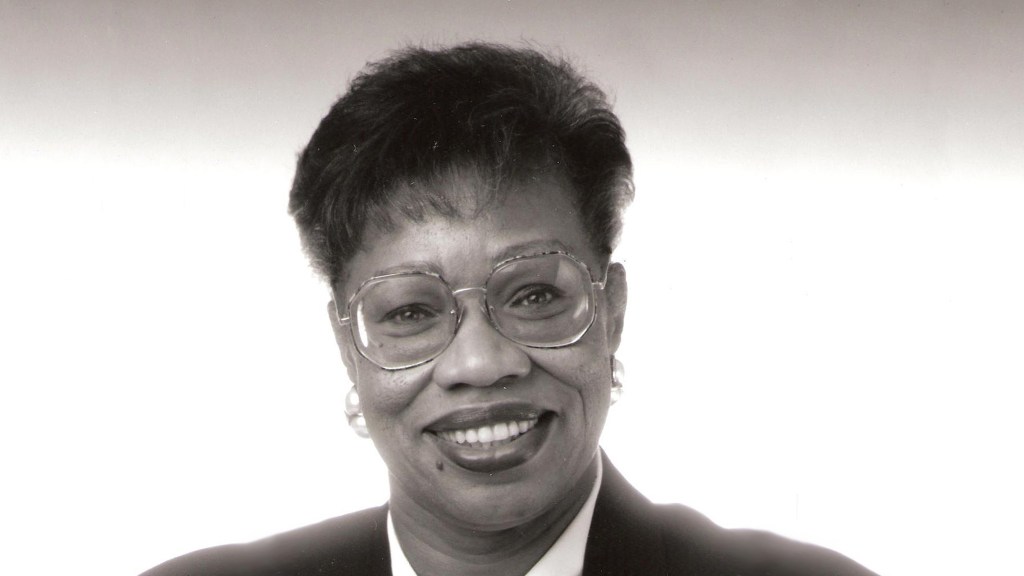 In 1992, Clarice Gaylord was working in the human resources office at the Environmental Protection Agency when she got the call to head the agency’s newly minted Office of Environmental Equity — later named the Office of Environmental Justice. The office, created by President George H. W. Bush’s EPA chief, Bill Reilly, was the federal government’s first serious attempt at addressing the problem of pollution falling most harshly on communities of color and low income.

Gaylord, who holds a PhD in zoology, had worked throughout the 1980s as a health science administrator at the National Cancer Institute, the National Institutes of Health, and then as director of the EPA’s research grants program before she wound up in the agency’s human resources office. The HR post was somewhat of a demotion, she said, that happened due to racism. But it proved fortuitous for her: When she became director of the environmental justice office, she used those personnel skills to expand the diversity of EPA’s staff, even as she helped develop mechanisms for how the EPA could better protect communities of color.

She did this primarily by connecting residents of overburdened communities directly with science and public health officials in the federal government. Gaylord also established the first National Environmental Justice Advisory Council, which brought grassroots activists together from around the nation to coach the agency on how to integrate environmental justice (EJ) into its policies and thinking. She was the director of the Office of Environmental Justice for five years, ending with an office made stronger when President Bill Clinton signed Executive Order 12898, requiring all federal agencies to incorporate EJ strategies into their plans.

I spoke with Gaylord recently from her home in California about how she was able to develop an office that by many measures was destined to fail, given the low support for social justice matters within the EPA at the time.

Q.  What were the initial expectations for the new environmental justice office?

A. Well, it was an unfunded mandate. At first, we had no money for the programs. Later, I was given something like seven people and maybe $700,000 for the entire office. In fact, the people in charge of setting us up at first said, “No, this is not an office. It’s too small. It’s a division.” But Bill Reilly came down and said “I said it’s an office.” My direction from him was, “Clarice, you’re a smart person. Figure out what this is all about.” I didn’t have a clue. I had interacted with EJ activists at some meetings, but in the agency we didn’t have a hold yet on what we were supposed to do.

A. They felt that “justice” sounded too much like civil rights. The EJ advocates were upset with that name [“equity”]. They wanted it called what the movement was called. They were the reason why the office was set up to begin with. They had met with Reilly, who was a Republican, and told him that there was unequal environmental protection for their communities and the agency was doing nothing about it. Towards the end of his administration, he said, “I’m going to address this,” even though we all knew it was against what the Republicans wanted.

Q. Was there a lot of push-back and hostility to the EJ office?

A. Oh yes. Inside EPA, I was asking the other division heads to incorporate EJ into what they were doing. They were still dealing with new regulations under the Clean Air and Clean Water acts and so they told me, “Now you want us to take this on also, on top of the other stuff we have to do?”

I made appointments with the head of each office and asked them, “What is it that you don’t understand about how EJ impacts water, air, soil, pesticides, etc.?” They said, “It doesn’t’ apply to us.” I told them, “It does because you have polluted waters and air that disproportionately affect low-income communities and communities of color. You have people fishing and living off of these waters and are suffering negative health effects because of it.”

And then there were the other groups, like the National Manufacturers Association. One time I had to speak at their national conference, and there were thousands in the audience. After I was done explaining environmental justice to them, some of them stood up and started shouting and calling me names. One called me anti-American.

Q. Were the environmental justice activists eager to help the EPA find its way on this, or were they skeptical?

A. The activists told the agency, “We’re glad you established this program, but she [Gaylord] doesn’t have any resources, she has little staff and money, and the office is under human resources. It needs to be under the Office of Enforcement.” Later, Carol Browner [Reilly’s successor at the EPA and, more recently, President Obama’s climate change czar] came in and, at the activists’ request, moved our office to Enforcement and Compliance. She also had the name changed to the Office of Environmental Justice.

Q. So what were your first steps, once you finally started figuring out how EPA could engage?

A. I went to the heads of all the other divisions and asked, “Why don’t you loan me some personnel from your office and have them work with us for a few months, so they can learn how EJ impacts your programs? And then when they come back to you they can show you how to address EJ in your respective focus areas.” So, the various offices on clean air, water, pesticides, chemicals, all did that, and that approach worked.

We also helped set up sabbaticals at [historically black colleges and universities] so we could bring in professors who could help us figure out how to roll out this program. Schools loaned us professors for as long as two years, and paid their salaries. I also set up an intern program for minority students, paid internships, and all of this helped increase our size. The assistant administrator of the EPA enforcement division once walked in our office and was amazed by all the people he saw working. He said, “They told me you only had about seven people on staff — there’s over 20-something people running around here!”

Q. You developed the National Environmental Justice Advisory Council, which is a lasting legacy today, but what other successes did you have?

A. Our biggest problem in 1992 was, we were science-poor. We couldn’t prove that constant exposures [to toxins] even at low-level exposures were causing health problems. The science community would say that it was all anecdotal, and that you have to factor in that [residents of low-income communities and communities of color] are not eating right, have bad diets, etc. They’d say you couldn’t prove that these communities have higher rates of cancer and other health problems. I had years of experience in developing grants, so we decided we could develop a small grants program for community groups to create newsletters and other ways for communicating and getting the latest news out about environmental justice. Or they could use the money to hire technical persons to train them on how to test soil, water, and the air for pollutants in their communities.

Q. How would you assess the job EPA is doing today on environmental justice issues?

A. They’ve come quite far in showing the relationships between health problems in our communities and the exposures to multiple toxic contaminants. They can now show the links with asthma and cancer rates for people who live near railroads and other industrial facilities.

But they have a long way to go. The executive order [12898] said that all federal departments and agencies had to develop strategies for enforcing EJ, and when I was there it was just starting to become an exercise just to get those departments to draft those strategies. Now, who’s monitoring those strategies? As one of the people said at the National Environmental Justice Advisory Committee meeting [in Denver last week], you can put it down on paper, but unless there’s an open process for monitoring it, it’s not as strong as it could be.

This is a part of a series of stories marking the 20th anniversary of President Clinton’s signing of Executive Order 12898, a landmark for environmental justice. Read more here and here.