Latest sign that the end is nigh: You can now get a "ride share" in a helicopter 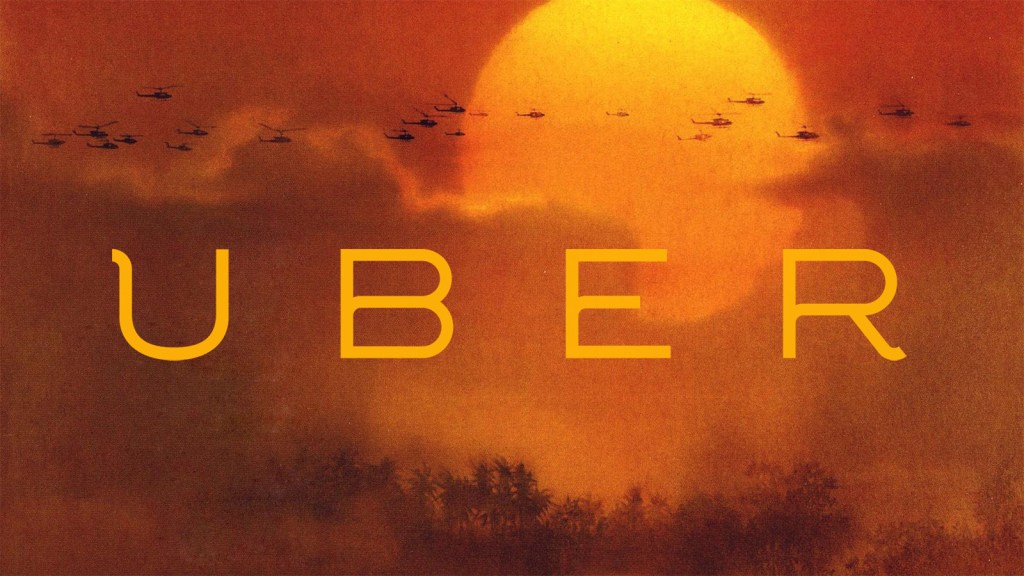 Latest sign that the end is nigh: You can now get a “ride share” in a helicopter

You know how it is — there you are, standing on the roof of the American embassy during the fall of Saigon and all of the helicopters have their vacancy lights turned off. It’s the worst!

Now, thanks to the ride-share company Uber and its whirly-bird partner, Blade, well, you’d still be screwed. But if you want to get from Manhattan to the Hamptons this Thursday for a little surfing, they’ve got you covered.

Uber, a company that gets its name from a word banned from the German national anthem after World War II, is teaming up for one day with Blade, a company that offers Uber-like services for those in desperate need of a helicopter. Just make sure you get the pilot to crank Wagner’s “Ride of the Valkyries” as you come in low over P-Diddy’s place.

On Tuesday, Uber plans to announce that it will partner with Blade, which runs an app that lets users order helicopter rides to the Hamptons and Montauk from New York, for July 3.

Young Wall Street types and others willing to pay $2,500 to book a full load on a helicopter can order up an Uber Chopper ride on a Eurocopter AS350 from Midtown Manhattan to the beach resort via Uber’s own app, which will shunt customers to Blade’s services. (That comes out to about $500 per seat, a slight discount to Blade’s normal price of $575 per seat.)

The one-day promotion is the second time that Uber has offered chopper rides, as the company continues to test ways to branch out from its core service of car rides.

I guess if you squint really hard with one eye and poke the other with a stick, this can look climate friendly: The app pairs people looking for rides, so no need to waste gas taking your own chopper anymore. And if you opt out, you can proudly get that “One Less Helicopter” tattoo!

And maybe the idea will catch on with other ride-sharing companies. I understand Airwolf is out of work, and if ever a vehicle was born to wear a pink mustache, it’s The Screaming Mimi from the hit ’80s action adventure show Riptide. [Editor’s note: Although it contained a yacht, a helicopter, a speedboat, a racecar, a badass 4×4, lots of bikinis, and a freaking robot, Riptide was in fact a massive failure.] And who knows what new friends you might make — perhaps a plucky private dick with some amazing mustache grooming tips. (Just make sure you remember to tip T.C.)

In the end, this is just another in a long line of insane services for the frighteningly rich, but in the name of journalism, I booked a ride with Blade. The service was solid, but the helicopter was pretty cramped. The other four passengers and their horses took up a lot of space. I hope they made their connection with the Apocalypse, which apparently is now.