Letter from Detroit: And now for a completely different kind of Canadian pipeline 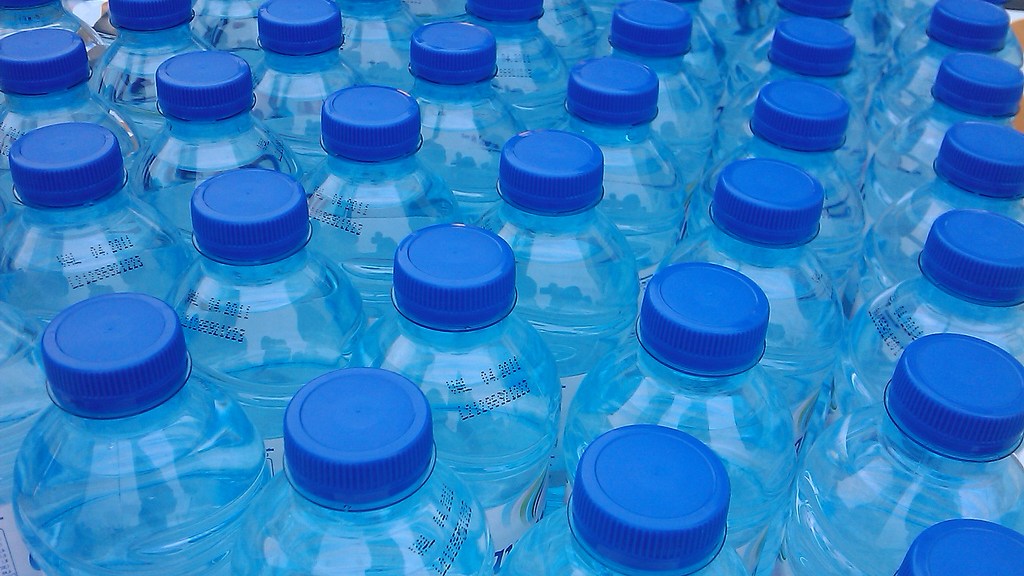 Letter from Detroit: And now for a completely different kind of Canadian pipeline

I was loading boxes of water onto a truck in Detroit yesterday when I heard the news: A convoy from the Council of Canadians was coming over the Ambassador Bridge from Windsor, bearing gifts of water. “Really, Canada?” I thought. “We’re practically in each other’s backyards. Basically, the only thing separating us from you is water.”

That’s not the kind of water you can drink, though. And also: Protest is storytelling, just like the rest of politics. I had been interviewing some people downtown about Detroit’s water crisis, and they were all going to see the water arrive, because why not? When we were done with the last water delivery, we walked down to the Spirit of Detroit sculpture, where the convoy would be arriving.

Campus Martius Park was packed with people celebrating Detroit’s birthday, which I had not even thought of the city as having. I passed a huge banner, unfurled across the modernist facade of one of the tall buildings on Michigan Avenue. Decorated with neon confetti and party hats, it looked like the kind of banner you might buy for a little kid’s birthday party, but on a colossal scale.

There was a throng of people at the Spirit of Detroit sculpture already, holding signs that read “Water=Love,” and chanting “Whose water? Our water!” over and over, with occasional breaks for speechmaking and practical matters. “There’s a council hearing this Tuesday,” a woman from the Michigan Welfare Rights Organization said to the crowd. “I want you all to call your councilman and ask, how many people in your district have lost their water? And when are they going to get it back?”

The water, predictably, got stuck at the border, so it was late. When it did arrive, there was much cheering and a race between several local television news crews to document the moment when the hatchback of the Jeep Grand Cherokee at the head of the convoy opened, revealing several utility jugs of Canadian tap water.

The convoy was held up, we learned, because the Canadian side was figuring out how to tax the water that was leaving the country. Both sides eventually reached a mutual agreement of $10.

The water, it was announced, would be taken to St. Pete’s Church on Washington Avenue and stacked near the holy water fountain. “We brought it as much of a show of solidarity as anything else,” said one of the Canadians to the cheering crowd.  “But we did bring water.”