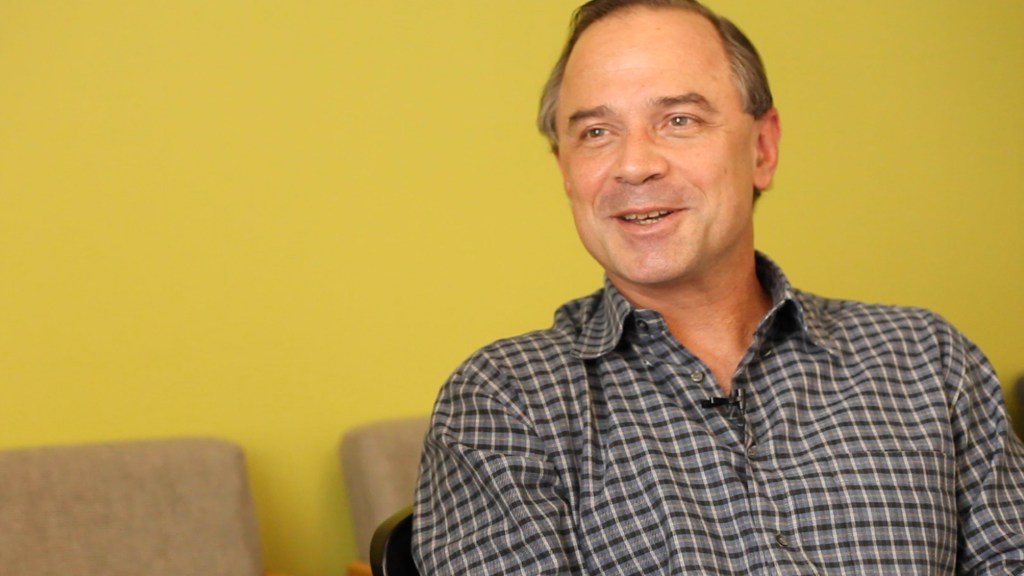 Adrian Benepe is a one-time New York City park ranger who went on to lead the Big Apple’s parks department through what the Times calls “the most ambitious program of building and refurbishing New York City’s parks since the era of Robert Moses.” He now directs the city parks development program for the nonprofit Trust for Public Land. But most importantly, he’s this guy’s father.

That’s Alex Benepe, one of the characters who started real-world, collegiate Quidditch in the mid-aughts, when he was a student at Middlebury College in Vermont. Today, Alex is CEO of U.S. Quidditch, the nonprofit that throws the annual Quidditch World Cup, an event that draws hundreds of players, and thousands of spectators, from colleges around the country. (Alex tells the story himself in this TEDx talk, where he reveals that J.K. Rowling dreamed up Quidditch when, in a spat with her boyfriend, she decided to invent a sport that would drive men crazy because its rules make absolutely no sense. Mission accomplished.)

Why is this father-son relationship so important, you ask? Because it explains Adrian Benepe’s response to our first question in a game of “Vs.” he played with us during a recent visit to Grist’s Seattle HQ. That’s when we give our visitors two somewhat related things, and make them choose their favorite. Watch lawn bowling get the shaft for the sake of familial relations:

Lest you think it’s all Nimbus 2000s and Leslie Knope fanboys around here, let me say that our conversation with Benepe (the senior) went far, far beyond all that.

Benepe took us through an abridged history of urban parks, starting with the pioneering landscape architects Frederick Law Olmsted and Calvert Vaux (Central Park, Prospect Park, etc.), the City Beautiful movement (an odd attempt to recreate the splendor of ancient Rome), and the Depression-era Works Progress Administration (under which the much-maligned freeway builder Robert Moses tripled the area of parkland in New York City). He told us about the decline of urban parks during the late 1960s and early ’70s, as people high-tailed it for the suburbs — and their recent rise from the ashes.

Benepe credits the recent urban parks renaissance to Quidditch, naturally. Actually I made that up — but it’s not too far off! He says that the “hidden, unspoken change” that happened in the early 1990s had a lot to do with baseball and soccer. Specifically, young people decided they wanted to stay in the city, rather than follow their parents to the ‘burbs, when the babies started arriving on the scene.

“These people said, we don’t want to go back to New Rochelle, or Manhasset, or Ho-Ho-Kus. We like New York too much,” Benepe said. “But they wanted a place where their kids could play little league baseball and soccer.”

And truth be told, they wanted a place where they could play soccer and ultimate frisbee, and no doubt Quidditch, themselves. “It’s the Peter Pan syndrome,” Benepe said. “No one wants to grow up anymore.”

Combine all that with Title IX, the federal law that requires schools to provide equal sports opportunities for both girls and boys, and you’re gonna need to find a whole lot more parks.

That, in a nutshell, was Benepe’s job as Mayor Mike Bloomberg’s parks commissioner. Under his leadership, the department put parks in schoolyards, parks on old industrial “brownfields,” parks on derelict railroad spurs. Just about anyplace they could find to put in a patch of green space, they did. All told, they added 730 acres of new parks, and spruced up many more acres of existing open space, spending roughly $3 billion in public money in the process.

This all would never have happened without the help of many volunteers and private donors who buoy up the Big Apple’s park system. New York City pioneered this type of public-private partnership, which has taken the form of “conservancies” that raise money for, and effectively run, many of the city’s parks. It’s this model that Benepe is promoting on a national level in his new role at the Trust for Public Land.

Interestingly, this type of partnership was also the source of the most contention during Benepe’s stint as parks commissioner. Critics claimed the Bloomberg administration was “privatizing the parks,” and that the model allowed parks in wealthy neighborhoods to thrive, while those in poor neighborhoods fell into disrepair.

Benepe takes exception to both claims. Wealthy conservancy donors have no say in park management, he says, and private funding for Central and Prospect and other parks allowed the city to focus its budget elsewhere.

Of course, what worked in New York will not necessarily work elsewhere. Nonetheless, Benepe says we’re seeing park revival and creation on a scale we haven’t seen since the days of the Works Progress Administration — and it’s happening all across the country. “I think most mayors and city councils understand,” he said, “that you can’t have a great city without great parks.”