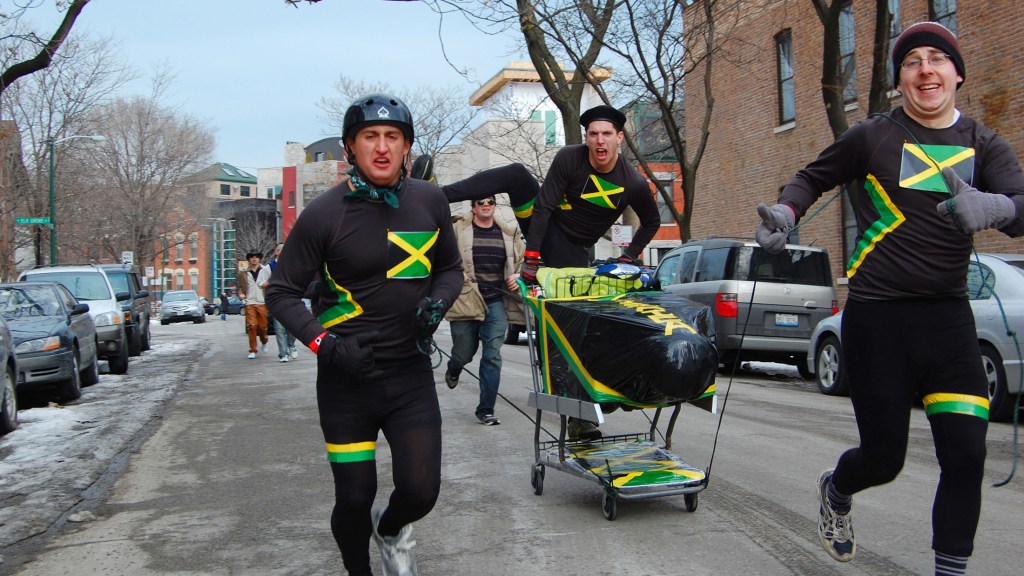 I know we’re all bummed about losing the polar bears, and the increase in monstrous killer storms is surely a drag, but climate change just got real, people. The Winter Olympics are in danger. As you know, the beloved Winter Games are the world’s fifth favorite Olympics (technically it’s in a three-way tie with the Laff-A-Lympics and the Kitty Olympics), and like the far-less-popular Republican Olympics, no amount of climate denial will save them.

Sure, we can all agree that holding the Winter Games in the Russian equivalent of Boca Raton (which, by the way, is how I’m pretty sure Dante described the fifth circle of hell) was a stroke of something less than genius, but beach towns aren’t the only places that will make bad host cities in this warming world. By mid-century, Squaw Valley and Vancouver will be too warm for many of the events, and by 2100, only six previous Olympic sites will be cold enough to host the Winter Games.

Still, these games are important, and with that in mind, we here at Grist have decided to save them with new, weather resistant Olympic sports. Don’t thank us — NBC dropped $4.38 billion on the exclusive rights to broadcast the Olympics, and we’re expecting a slice of that mad TV haul. So here you have it, five sports custom-made for a snow-free Winter Games:

We all loved bobsledding, and we’ll all miss bobsledding. Frankly, any sport named for the founder of the Church of the Subgenius is OK with me. And the Jamaican Bobsled Team is the beer and pizza of the Olympics — everybody loves them. But we need to face the facts, and bobsledding, once so common, is on its way out. Thankfully, this one is an easy fix. Goodbye bobsledding, hello Pushing-A-Guy-Across-A-Field-In-A-Shopping-Cart!

We’ll truly miss Alpine skiing, as, like you, we really enjoy saying “Alpine.” Most likely, however, the major snow-based sports will be replaced with more mud-centric activities, which is way better for your skin and will help in the (I think we can all agree likely) event that Predators crash the Olympics. The downhill? Rolling-Down-A-Muddy-Hill. Cross country? No problem. And as for the ski jump? Even Eddy “The Eagle” Edwards, who has already begun the transition, could win gold in the new Mud-Flop.

The good news is we’ll be keeping Ice Dancing. There will be some changes, however. It will be less of a skating based sport, and more Vanilla in nature.

We’re really excited about this one, as it not only fills the considerable void in both slow-moving ambulatory events and unexpected violence that was the biathlon, but also addresses the complete lack of carney style events in the modern Olympics. (Little known fact: The ancient Greeks could medal in weight guessing.) The Stroll-And-Mole combines the pageantry of repeated 90-meter strolls (score based on both speed and style) and the ferocity of competitive mole whacking. It would also have the distinction of being the sole event where the top competitors from the Kitty Olympics would be able to compete with the world’s best Winter Olympians. How’s that for a win?

The Winter Olympics would be nothing without competitive broom-based events, and with northern lakes less likely to freeze, outdoor curling venues will be hard to come by. Thankfully, J.K. Rowling has already provided us with an excellent alternative: Quidditch. For those of you unfamiliar, Quidditch is wizard polo, which makes it sound stupid, but rest assured, it is far dumber than it sounds.

In the wonderful world of Harry Potter, Quidditch is played by two teams of seven people riding flying brooms. Six of the players try to rack up points 10 at a time by throwing a Quaffle (which we muggles would call a ball) through a ring, while one player chases the Golden Snitch, which is worth 150. It’s like introducing a play to football that only one player can score — lets call it the Silver Nurple — that’s worth 4 million points, and then having the other 86 percent of the team still pointlessly doing what they were doing. Played with non-flying standard brooms, Quidditch gets even dumber. Fire up those Olympic rings!