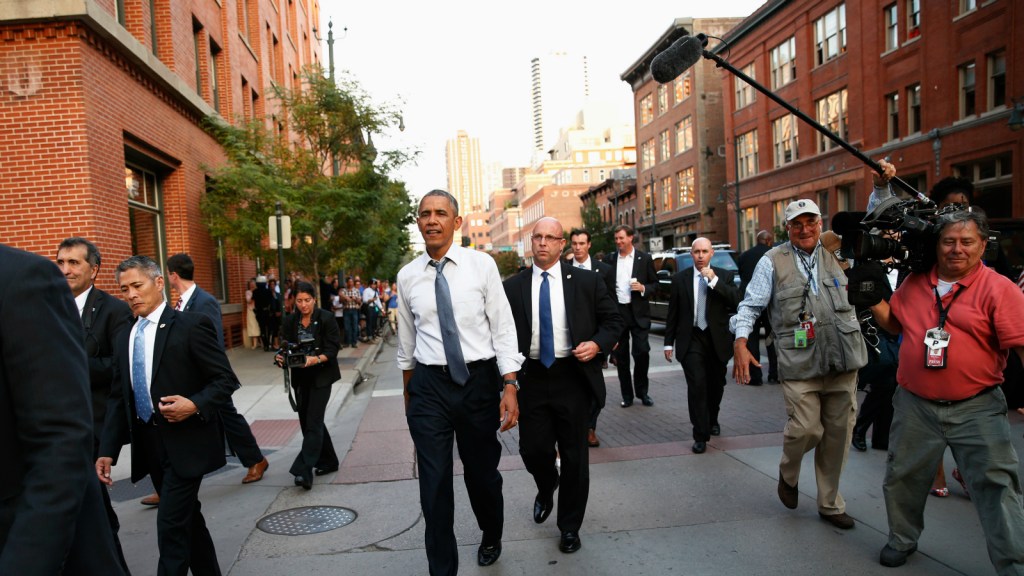 REUTERS/Kevin Lamarque
In the zone

Good news: President Obama wants to make cities denser and housing more affordable. Bad news: He has very little power to do either of those things.

On Monday, the White House called for changing zoning codes that restrict new residential developments and offered recommendations to help communities create more affordable housing. This all came in the form of a new “Housing Development Toolkit.” It explains how local impediments to development keep housing in short supply in desirable areas, thereby encouraging sprawl, driving up housing costs, and worsening gentrification and displacement.

The Obama administration has some reforms in mind. Among its good suggestions: eliminate off-street parking requirements, create zoning that allows high density and multi-family developments like townhouses and apartment buildings, require developers to build some affordable housing, incentivize developers to build extra affordable units by allowing them to make their projects bigger if they do, and tax vacant land so it gets put to a productive use.

All of this is music to the ears of urbanists and climate hawks, who have been advocating these types of policies for years. But while it’s encouraging to see that concern about misguided zoning has filtered up to the White House, it’s not a sign of any forthcoming policy changes — at least not from Washington. Poor zoning causes national problems, including lost economic productivity, growing inequality, and higher carbon emissions and conventional pollution. But our federal system leaves these crucial decisions up to local governments.

This isn’t Obama’s first time around the (dense, urban) block

President Obama has actually been trying to encourage denser, smarter development since his first year in office. In 2009, the White House created the interagency Partnership for Sustainable Communities, and programs within cabinet agencies like the Sustainable Communities Initiative in the Department of Housing and Urban Development, to promote mixed-use, walkable, transit-oriented development. That includes apartments and offices above stores, and affordable apartments next to train stations. The partnership was designed to help agencies like the EPA, HUD, and the Department of Transportation coordinate their grant-making, so that, for example, affordable housing projects going in next to a future mass-transit hub would get preference over projects that were isolated and would get less bang for the buck.

The problem was funding: After the economic stimulus law expired, and especially after Republicans retook Congress in 2011 and cut funding to the agencies, there were hardly any housing, transportation, and environmental grants that could be used to push communities toward a smart-growth framework.

Now the administration is emphasizing the economic benefits of density — a smart move because it might appeal to some conservatives. Many liberals are already sympathetic. Some conservatives have reacted to past efforts to promote smart growth with furious white suburban identity politics and conspiracy theorizing. But other conservatives — the more business-friendly, pro-market ones — can see the wisdom of smart development.

Why is this so hard?

Even when there is widespread support for loosening zoning rules, it’s difficult to achieve. That’s because zoning decisions tend to favor narrow local interests and uphold the status quo.

Local communities slated for growth are often against it. When denser development comes to a neighborhood, the benefits, such as lower housing costs and more economic growth, are diffused in tiny bits across an entire region or country. But the costs, like more traffic, lost views, overburdened infrastructure, and lower property values, fall overwhelmingly on a small group of people who had been living in the area before the new development. So neighbors can be intensely, actively opposed to building projects, while everyone else pays little attention. The people who might benefit from new housing don’t yet live in an area, so they don’t form an organized constituency.

In too many cases, the local government defers to homeowners and prioritizes keeping home values high and rising. Even in the nation’s biggest, densest city, New York, every time the government wants to rezone an area, the City Council defers to the council member from the affected district. This tradition arose in reaction to a painful history of neighborhoods being destroyed, their physical fabric torn out, by big highway and urban renewal projects. But in many places it has tipped too far toward looking out for only the interests of the neighbors instead of society as a whole.

Environmentalists are a key part of the urbanist coalition

Over the past decade or so, environmentalists have become a critical constituency pushing for density and smart urban development. But some political analysts still don’t understand this. Witness Politico’s misguided description of the politics around Obama’s move on Monday: “The plan rejects some of the arguments made by environmentalists, labor unions and other liberal constituencies that have stood in the way of development and endorses changes long sought by builders and the business community.”

Local opposition to development can include environmental activists, both real ones who are genuinely concerned about issues like air quality or local wildlife habitat and fake ones who will seize on any argument that could keep an apartment building from going up on their block. But in many cases, the broader environmental community supports building new housing in cities in areas that are walkable, bikeable, and near transit.

What can a president do?

No matter how much backing a president has — from business interests, environmentalists, or anyone else — he or she can’t do a lot to change the way cities set their zoning codes. That’s particularly true now, when the far-right House of Representatives won’t pass anything requiring new federal authority or spending.

But if a president were working with a friendly Congress, they could make progress. They would do what the federal government always does when it wants to affect a locally controlled policy area: use the power of its purse strings. Earlier in his presidency, when Obama wanted to encourage states to enact education reforms, he launched the Race to the Top, which had states compete to win grants. If funding were available, a president could launch a similar competitive grant program to reward localities that create the best new zoning codes.

For now, this issue will keep getting hashed out at the local level in an ad hoc fashion. But if a future president and Congress made smart growth a priority, they could prod cities to develop in ways that would actually address our growing nation’s needs.