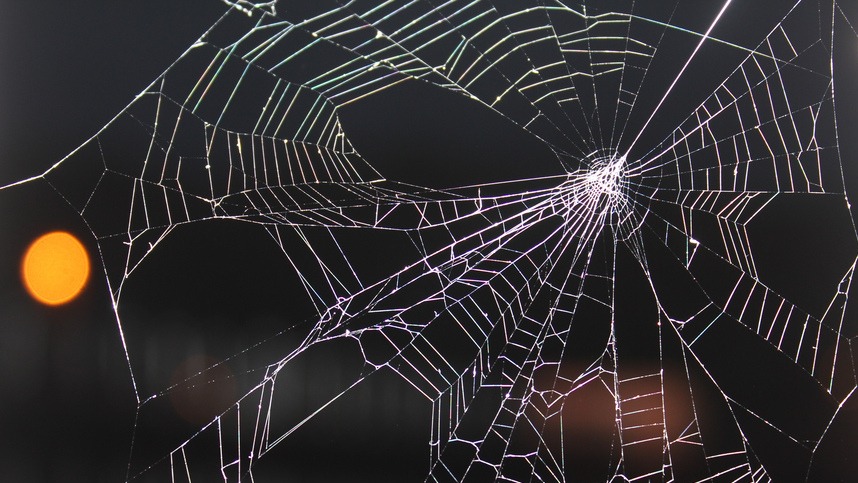 Imagine you’re a spider. You get to the big city all bright-eyed, like an eight-legged Carrie Bradshaw, dazzled by the skyscrapers and the buzz of activity. Then you realize you can’t eat.

It’s not that spiders can’t find acting gigs and end up too poor for ramen. Rather, the concrete jungle messes with their webs. Specifically, concrete lowers the vibrations that a spiderweb might otherwise pick up, making it harder for spiders to sense prey. PLUS, the hubbub of a city adds in extra, erroneous vibrations, getting a spider’s hopes up that a meal is near, only to viciously crush them (it’s only me, running by to catch the bus — sorry!).

In order to see how man-made structures affected spiders’ abilities to catch prey, a research team at UC Berkeley hunted for spider webs around campus, noting both the materials the webs were built on and how well they conducted ambient noise. They were then able to replicate each material’s level of noise vibration in the lab …

What they found actually surprised them: Spiders had the easiest time detecting prey when the background vibrations came mostly from wind.

We knew that stepping on spiders in the bathtub wasn’t exactly helping their population thrive, but who knew a threat was actually baked into our cities’ infrastructure?!