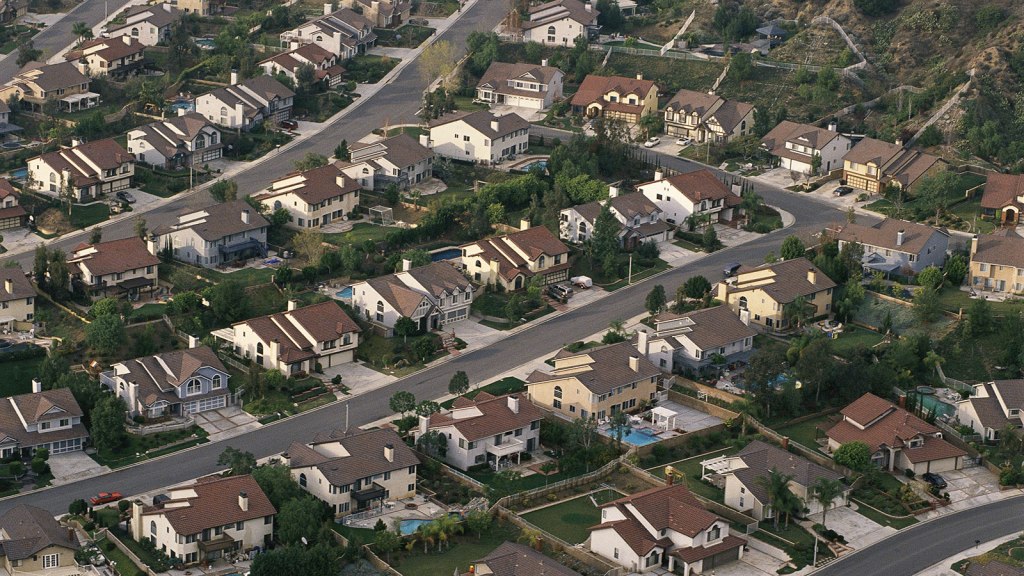 Last month, I wrote a story about some starry-eyed kids (well, starry-eyed thirtysomethings) in the San Francisco Bay Area who decided that it would be a fun thing to threaten to sue the suburbs for not building their fair share of affordable housing in an area that has become one of the most unaffordable real-estate markets in the country.

At the time, it seemed like a very quirky, San Francisco-specific story — albeit an interesting one. Then I read this story, produced by Natalie Moore, a reporter for WBEZ in Chicago, and noticed that the suburbs of Chicago, as they were described in her article, didn’t seem so different from the suburbs of the Bay Area. It made me wonder: Are the ‘burbs the new front for the environmental justice fight?

Here’s the story: A few years ago, Zion Lutheran, a church in Deerfield, a well-to-do Chicago suburb, was trying to figure out what to do with a five-acre parcel of land that the church owned, but wasn’t using. The church decided against selling the land to a developer, and came up with an idea that they thought would really give back to the community — a plan to build 48 apartments that would be rented out to people who worked in Deerfield, but couldn’t afford to live there. Deerfield’s median income is $103,000. Zion planned on renting to families with children that were living on an income less than half that — about $45,000 per year.

As it turned out, Deerfield had other ideas about what was best for the community. Not everyone was opposed (“Deerfield is a wonderful community and we should be open to having residents of all economic levels living in and enjoying our community,” wrote one woman.) But the people who were opposed went into full-on freakout mode. “What will each unit pay in taxes per year?” one resident wrote to the Deerfield city council.

And, what does it cost to educate a child per year in a Deerfield school? So, for a unit that can house a family of 5 – what is the cost to educate three school children, and what are the taxes from that unit? Who pays for the gap? … Has their number been verified by a third party? And, of this number — what percentage of these students have they allotted for special services? And what is the cost to educate a child with special needs versus one without? Have they included this in their assessment — or are they assuming that 100 percent of the children in the Development will not need any services, which is an incorrect assumption … At the next hearing, please have them present the tax dollar per unit type, and cost per child, and percentage receiving special services. …

“I understand that political correctness and diversity rhetoric is the flavor of the month and a trendy thing nowadays,” wrote another.

Please allow my story: we are immigrants (the legal type) and we did sit in traffic for hours to commute to work daily, we did work full time on low wages while attending school, we did reside in bad neighborhoods, and we had “between jobs” experience. DO NOT ALLOW THIS project to be developed. There is absolutely no logical reason to have such a development in Deerfield.

The thing is: Sitting in traffic for hours to commute to work is not just a character-building exercise, like walking uphill to school both ways. It’s an action with very real environmental consequences. Giving 48 families the chance to live close to where they work (as well as close to a train line that can take them directly into the Chicago city center) is about as close to a free lunch as you can get, in terms of energy conservation and reduced emissions — especially when there’s already a bunch of Lutheran do-gooders and an affordable housing developer already willing to foot the bill for it.

Right now, well-to-do suburbs are fairly blunt about their refusal to urbanize — even if it means locking out relatively well-to-do newcomers. When Google put forward a proposal to build 5,000 apartments near its new headquarters, the Mountain View city council did not react well, even though the plan fit in with the city’s own General Plan. “That’s not a community, that’s dorms,” said council member Ronit Bryant, at the time. “It’s done a lot in China. Huge factories, huge apartment blocks. I don’t think everyone lives happily ever after.”

It also has not escaped anyone’s attention that Deerfield is not only 94 percent white, but has a history of going to extreme lengths in order to stay that way. In 1959, Deerfield acquired the nickname the “Little Rock of the North” after city officials learned that housing developers building a new subdivision in the area were planning on making the homes available to anyone, including African Americans. Deerfield’s building inspector issued a stop-work order on the development, and the village used eminent domain to seize the land for the planned subdivision, on the grounds that it had always wanted a city park, and it had just decided that this was the perfect place to have one. Except for two model homes, the subdivision was never built.

The lawsuit filed by the suburb’s developers makes for fascinating reading. The building inspector that issued the stop order, for example, is quoted as saying that “he was biased against Negroes and did not want any in Deerfield. He stated that he had moved to Deerfield to get away from Negroes who had moved into the community where he had previously resided.” But the developers still lost the lawsuit. It wasn’t so much that Deerfield was racist, the ruling concluded, as it was that residents were riled up by something that happened right after the news of the integrated development reached the press.

The residents of Deerfield were bombarded with telephoned offers to purchase their homes at prices ranging from 50 to 75 per cent of their actual cost or fair market value. There is no credible evidence of the identity of the persons responsible for those calls. The only finding the court can and does make relative thereto is that it was a quickly organized campaign carried on by persons, highly skilled in the procedure, who practice it in various areas in and around Chicago where white and colored communities adjoin each other.

The process was known as “blockbusting” — and, the ruling concluded, it was the real culprit for Deerfield’s behavior.

Viewed from any angle, the attitude of some of the Village residents was deplorable — based as it was on animosity and resentment at the prospect of having Negro neighbors. It must be observed, however, that many of the Villagers who were the most aroused and who raised the most commotion were animated by the telephoned offers to purchase their homes at reduced prices. Most of these people have all of their life savings invested in their homes and the prospect of losing that security was a greater factor than the thought of Negro neighbors.

The judge ruled against the developers, and told them, basically, to take their eminent domain payout and go home. At the time, no one could see the future — one where the cities that people were fleeing, like Chicago, and Manhattan, and San Francisco, would once again become home to some of the most expensive real estate in the world, despite the presence of tenement hotels, and poor people, and immigrants, and all of the things that people left the cities to avoid.

Now that the city centers are repopulated to the point of being unaffordable to even most of the middle-class, the suburbs — especially inner-ring suburbs — are once again at the forefront of housing policy. The kind of racist panic that happened in the ’60s around housing values isn’t playing out in the suburbs that it created in quite the same way. This time, the panic around real-estate values is more about class and income — though opposition to “middle-income housing” is still often tinged with racism.

What is true is that our current system of city planning in the suburbs — which was originally set up to enable racist housing policy —  is something that has turned out to also be really, really bad for the environment.

A few things happened this summer that may put the suburbs under more pressure. The U.S. Department of Housing and Urban Development (HUD) now requires any area that receives HUD funding to develop a plan for affordable housing in their region. And around the same time, the U.S. Supreme Court ruled that any policy — intentional or not — that contributes to the segregation of minorities in poor neighborhoods is in violation of the Fair Housing Act of 1968, which was created to break down the segregation that suburbs like Deerfield fought so hard to maintain.

These two things alone aren’t going to fix the problem. But in pressuring the suburbs to allow more infill development and increase their supply of affordable housing, desegregation is a social justice issue that could have a very real environmental payoff.