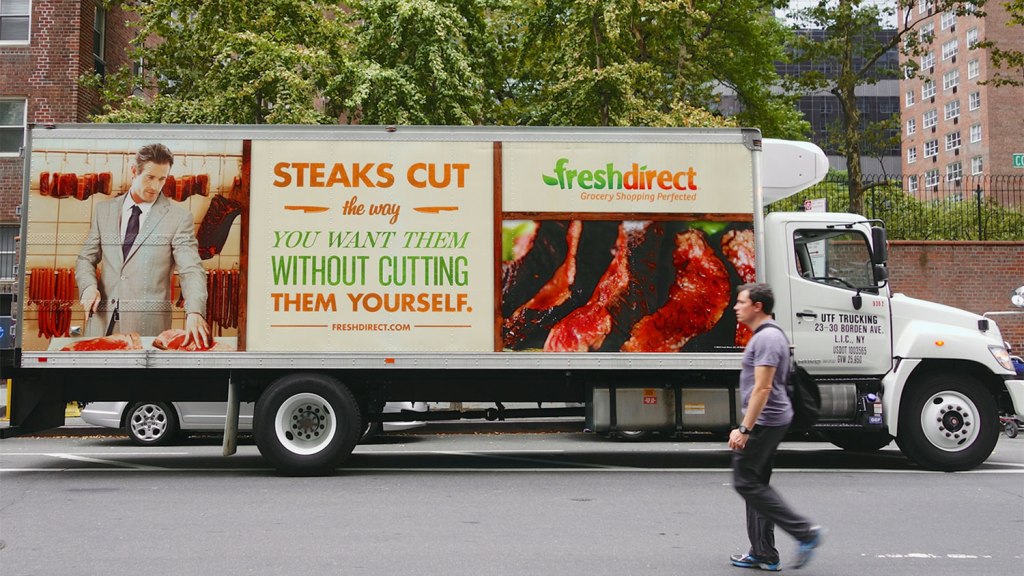 Another day, another tale of social and environmental injustice.

This one takes us to the South Bronx, where residents are trying to keep Fresh Direct, a popular food delivery service, from setting up shop in their neighborhood and flooding their streets with delivery trucks.

The company, currently based in Queens, dispatches trucks full of high-end groceries to residents in New York, New Jersey, Pennsylvania, Connecticut, and Delaware. In 2012, it announced plans to move its warehouse to the South Bronx, a densely populated, low-income neighborhood in New York’s poorest borough, and as a preemptive “You’re welcome!” promised to bring with it up to 1,000 new jobs (that don’t pay very well). Company reps also told the borough president that it would give at least 30 percent of those jobs to local residents, although they’re not legally bound to that.

Here’s the problem: The company would also bring about 1,000 new trucks to the neighborhood, which is bad news for an area already home to high asthma rates and heavy industry. There’s a sewage treatment plant, a FedEx hub, a waste-transfer station, some of the busiest wholesale food markets in the world, and multiple major expressways, including the Cross Bronx, which is notoriously backed up all the time.

South Bronx resident Arthur Mychal Johnson lives near the waterfront where Fresh Direct plans to move. Back in 2012, he co-founded the community group South Bronx Unite to oppose Fresh Direct because, as he told The Guardian:

“Of course we want jobs, but we should not have to choose between having a job and having clean air. If you can’t breathe, you can’t work. Why is that not obvious?”

Between 2002 and 2005, New York University researchers attached air pollution monitors to the backpacks of asthmatic kids in the South Bronx to see what kind of air they were breathing. Not surprisingly, it was pretty bad. Traffic fumes were a big problem; some kids occasionally registered levels of diesel emissions that exceeded what the EPA considers safe (and legal).

But studies are boring! Remember those 1,000 low-paying jobs? City officials sure do. Back in 2012, the city promised Fresh Direct a $130 million incentive package boosting the local economy. The new mayor, Bill de Blasio, campaigned against such subsidies but hasn’t done much about them since taking office, according to The Guardian.

At a public hearing last November, city officials considered giving the company an additional $10 million in subsidies. Locals showed up to the meeting to raise hell and succeeded in convincing the officials to reconsider. Johnson of South Bronx Unite recalled the victory in his interview with The Guardian:

“We wanted them to hear our impassioned plea to do something different, to think about kids in this community who keep missing school and who can’t play outdoors because they have asthma.”

Still, Fresh Direct broke ground in the South Bronx last December, and last month, city officials voted to approve the additional subsidies. South Bronx Unite will continue to fight Fresh Direct, and even if the company does move to the neighborhood (let’s face it, it probably will), Johnson says the group plans to restore and greenify other parts of the surrounding waterfront.

According to its website, Fresh Direct currently has 10 electric trucks in its fleet and plans to make its trucks “100 percent green” within five years. That would certainly be a good thing for the South Bronx, but it wouldn’t negate the injustice of the company moving there now, before greening its fleet.

It’s kind of like if I were to go your house and rip up your lawn without your permission and then later decide to go back and plant you a nice vegetable garden. You might appreciate the vegetable garden, but it wouldn’t change the fact that ripping up your lawn in the first place was a dick move.