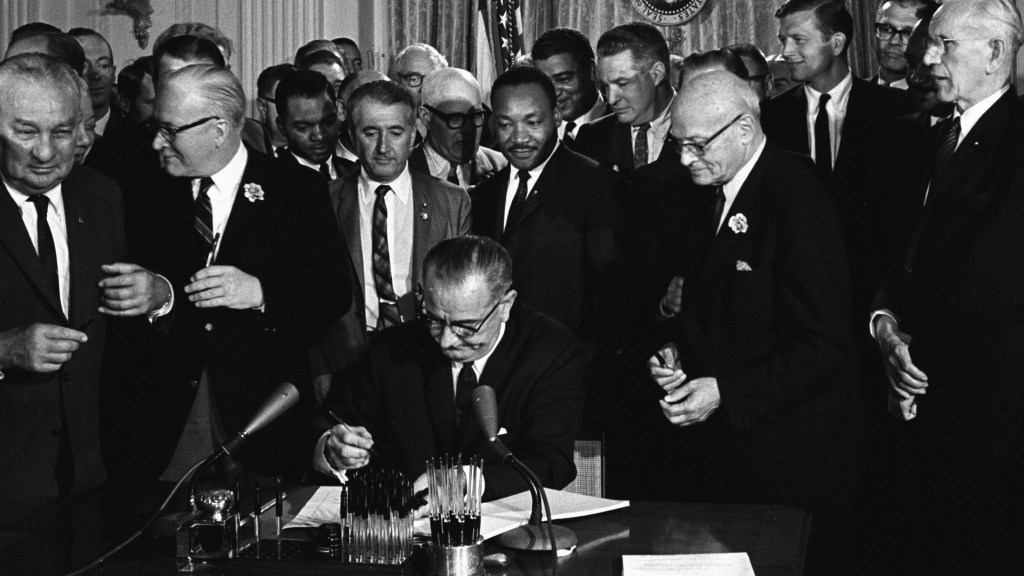 Since 1928, the Hampton Avenue Truss Bridge in Greenville, S.C., helped connect the predominantly African American, low-income residents of the Southernside community with the grocery stores, pharmacies, and public buses on the other side. But the state demolished the bridge, which was in poor condition, in 2012 — a severance that means Southernside is now “likely to die,” says civil rights attorney Allison Riggs, because “quite frankly, there are just no economic generators on that side to keep it alive.”

Southernside residents, who were never consulted on the bridge removal, now have two options for reaching the rest of the city: Walk across the active Norfolk Southern Railway tracks (which the truss bridge once spanned), or take the Pete Hollis Blvd highway — a dangerous option for those without cars. Meanwhile, the more affluent, white Greenville denizens can get back and forth across the city without the same burdens.

The community has literally been left on the wrong side of the tracks.

“It’s a clear case of transportation racism,” says leading environmental justice scholar Robert Bullard, a dean at Texas Southern University. “The state legally has to treat everyone equally and fairly. This is a case where [the state] denied people their basic rights to comment and give their views.”

Riggs, an attorney with the Southern Coalition for Social Justice, filed a civil rights complaint last year against the state on behalf of the Southernside residents. Because of the transit and quality of life issues involved, Bullard included the complaint in the recently issued report, “Environmental Justice Milestones and Accomplishments: 1964-2014.”

The 100-plus page document, which serves as a comprehensive chronology of the movement since its beginnings, was released in concert with the 20th anniversary of Executive Order 12898, signed by President Bill Clinton to address environmental justice issues. But many of the hundreds of cases in the report, including the case involving the Greenville truss bridge, reach farther back than Clinton’s order, to the bedrock law upon which much of the environmental justice legacy is based — the Civil Rights Act of 1964.

The Civil Rights Act is most often identified with the desegregation of public buses and busing to integrate schools. But it also has a key provision that ensures that people of color are able to access buses to begin with — and has also been used to ensure that minority communities are not subjected disproportionately to pollution.

That provision is Title VI, which bars any program or project receiving federal funding from discriminating against people on the basis of race, ethnicity, nation of origin, or gender. For advocates of environmental justice, Title VI is the bridge to ensuring that economic opportunities and environmental protection are offered equally to all communities, not just the wealthy. It also protects people of color from being left out of discussions that impact the places where they live, work, and play.

“Any state or local agency that receives federal funds needs to be compliant with Title VI,” says Riggs. “Meaning, they need to recognize communities that have been historically marginalized and take steps to make sure they are included in these kinds of  decisions.”

Over the years, Title VI complaints have helped shutter polluting factories, cap leaky landfills, and block zoning policies that placed undesirable development in or near communities of color. A 2001 Supreme Court ruling made it more difficult for private parties to sue under this title, however, and federal agencies have been inconsistent in bringing the claims themselves. And the Greenville bridge demolition is a classic illustration of how governments still fail to adequately consider race when making decisions.

African Americans make up about 30 percent of Greenville’s population, but they constitute 78 percent of the Southernside neighborhood. It’s also a mostly elderly community where a quarter of them don’t have cars, compared to a 6 percent carless rate throughout Greenville county. Consequently, many Southernside residents opt to cross the railroad tracks illegally or walk nearly two miles along the Pete Hollis highway to reach jobs and schools in the city. Four people have been injured walking the highway, according to the Southern Coalition for Southern Justice.

A decision on Riggs’ complaint is still pending, but it sparked a Federal Highway Administration investigation last summer, and FHA officials are now exploring relief options for the disconnected Southernside residents. Greenville county and a regional planning commission have committed funds to building a new pedestrian bridge.

But while a new, safe transit solution for these citizens is welcome, Riggs says she hopes that the state recognizes the principles of the case so that the state understands its obligations to comply with the Civil Rights Act on matters like this one.

Five decades after it was signed into law, the Civil Rights Act remains under attack. But without Title VI, slights to disadvantaged communities like Southernside would go unremedied, if they were noticed at all, which is why environmental justice advocates have relied on them heavily throughout their history. In fact, the first half of the Milestones report is pretty heavy with listings of Title VI complaints, settlements, and victories.

“A lot of people think that our rights are equally enforced, but we’re not talking about 1954 and the bus boycotts, we’re talking about people’s rights being violated right now,” said Bullard. “The fact that people still recognize this today and not just laying back taking it, that in and of itself is something worth celebrating.”

Correction: We originally referred to Title VI complaints as lawsuits. That was incorrect. Grist regrets the error.

This is a part of a series of stories marking the 20th anniversary of President Clinton’s signing of Executive Order 12898, a landmark for environmental justice. Read more here and here.