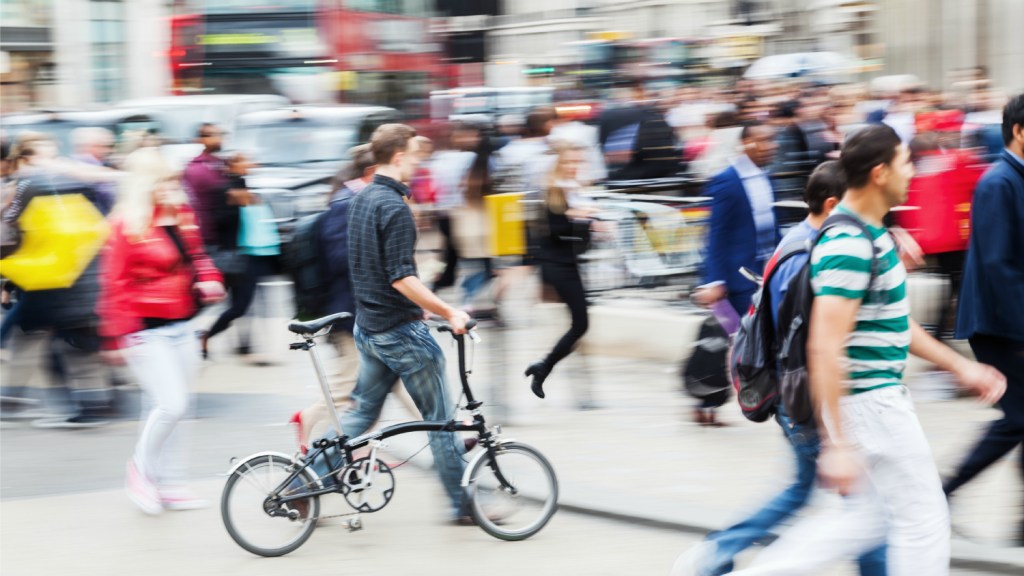 To hear some people tell it, cities are failed experiments in big-government liberalism, hellish wastelands where crime is rampant, jobs are scarce, and the mostly non-white residents live in squalor.

At a recent rally in Panama City, Florida, Donald Trump promised the crowd that, if he’s elected, “We’re gonna have safe inner cities instead of these horrible, horrible death traps.” This wasn’t a one-off occurrence. At the second presidential debate, Trump said that inner cities “are a disaster.”

These are just blunt statements of a meme in right-wing intellectual circles. Conservative outlets such as National Review, The New York Post, and Fox News have argued in recent months that the “Ferguson Effect,” wherein cops stop doing their jobs out of fear of being prosecuted for brutality, is causing crime rates to spike in cities all over the country.

Any discussion of urban policy in campaign season, when it is usually ignored, is welcome. But the idea that urban America is going down the drain doesn’t square with reality.

Others on the right have made the same claim in recent years, as if they were still living in the 1980s. It’s surprising they don’t throw in complaints about the crack epidemic and rappers wearing MC Hammer pants.

Leading conservative pundits, from Rush Limbaugh to National Review’s Stanley Kurtz, offer a variation on this argument when they inveigh against President Obama’s effort to get rich suburbs to provide affordable housing. Cities are rife with mayhem, they say, a result of soft-hearted liberalism, and the suburbs will be ruined if city-dwellers move into the nearest cul-de-sac. That’s why right-wing outlets from the Daily Caller to Fox News hype misleading stories that New York City is slipping into anarchy since the liberal Mayor Bill de Blasio took office.

As anyone paying attention to real-estate trends knows, the central parts of cities have been rapidly gaining demand for housing and offices, reversing decades of job and housing sprawl. And they have retained their home values through market downturns better than far-out exurbs. That’s because of surging demand for the kind of walkable, dense, mixed-use neighborhoods found mainly in cities.

In cities along the East and West Coasts, this resurgence is widespread, whereas in Rust Belt cities like Detroit and Sun Belt cities like Phoenix it’s usually confined to a small cluster of neighborhoods in and around their downtowns.

This disparity stems from a major economic transformation: the rise of the post-industrial economy. In the second debate, Trump blamed NAFTA, the North American free trade agreement that took effect in 1994, for the decline of urban manufacturing.

The truth is that U.S. manufacturing actually boomed in the 1990s after NAFTA, as Matt Yglesias explained at Vox. But regardless of the trade agreement’s merits, blaming NAFTA ignores the fact that Northern cities started losing factories and residents to the suburbs and the South in the late 1940s. By the 21st century, there were hardly any manufacturing jobs left to lose in most inner-cities.

And that explains the divided fortunes of “legacy cities” like Cleveland or Buffalo and star cities like Boston, San Francisco, and Seattle. The former are still largely stuck in their post-industrial rut while the latter are booming centers of the knowledge economy, powered by tech, finance, and white-collar services like law, accounting, and medicine. Some legacy cities, such as Pittsburgh and Philadelphia, are better positioned for this shift in the U.S. economy, thanks to their research universities and teaching hospitals.

Meanwhile, claims that cities are growing more dangerous are way off. While there are some specific cities that experienced increased crime last year, they are still way below their early 1990s high points. Violent crime has been declining nationally for over two decades. In 2014, the last year for which statistics are fully available, the violent crime rate was about half of what it was at its 1991 apex. Washington, D.C.’s murder rate is less than a third of what it was at its peak, while New York City’s is below one-sixth of its worst years and still dropping.

In both of these cities, increased safety has helped fuel gentrification. Their popularity has led to a problem that conservatives widely ignore: high housing prices and displacement of low-income residents. A real agenda to help cities would include plans to support more affordable housing and mass transit, since the true cost of housing includes transportation.

Maybe the older white voters in suburban and rural areas — the same folks who form the GOP’s base and Fox’s core audience — are not aware of these changes. Conservatives are strongest in the Deep South, Great Plains, Interior West, and Midwest. Their nearest reference point for a major city may be a relatively poor, mostly non-white city like Gary, Indiana, or East St. Louis, Illinois.

Some of this may also be a racially-coded appeal. Maybe the obsession with urban crime is simply fear-mongering. Trump keeps saying he’ll appeal to African-Americans and Latinos by rescuing them from the dangerous, impoverished cities they inhabit (he vastly overstated the rate of urban African-American poverty in the second debate). Likewise, Rep. Steve King, the Republican from Iowa who made offensive comments about non-white “subgroups,” often uses “urban” as a synonym for black even when he’s complaining about a program to aid black farmers.

The irony is, a majority of African-Americans now live in the suburbs. Many are upwardly mobile, following jobs, good schools, and bigger houses, like the white middle-class of the late 20th century. Some are also being priced out of hot urban areas from Harlem to Oakland.

A real-estate baron should know this, especially one who made a fortune selling super-luxury apartments and renting out high-end office space in Manhattan. These days American cities are the land of opportunity.