What to expect when you're expecting the cops 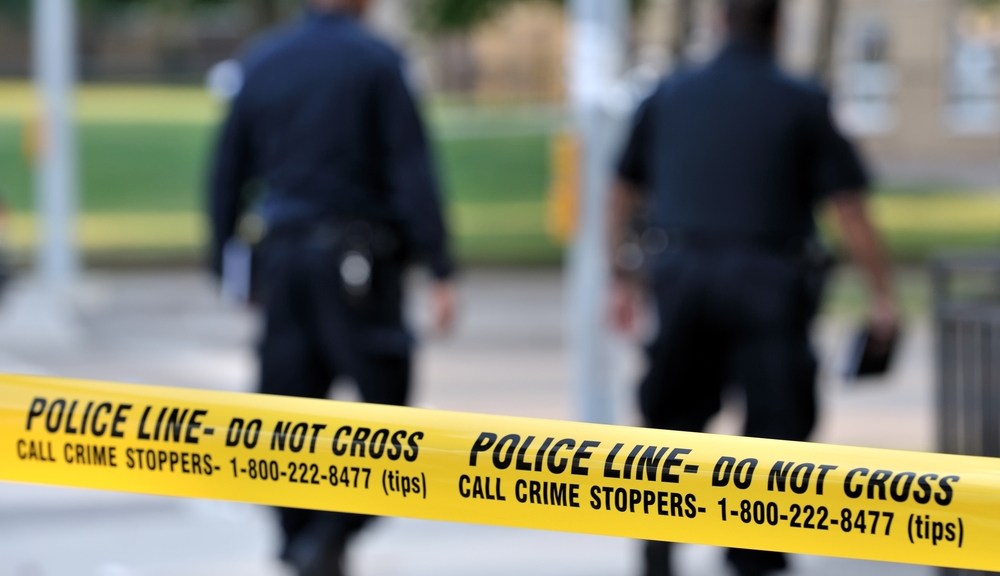 What to expect when you’re expecting the cops

I have never been arrested, a circumstance I owe more to dumb luck than anything else. We live in arresting times. One of the less-known consequences of 9/11 was the dispensing of an unprecedented amount of federal money and military training to 31 American cities seen as being at the greatest risk of terrorist attacks.

Unfortunately, the same things that hypothetically make cities attractive to terrorists — large numbers of people living together in high-density communities, getting out and interacting with each other in public, easily targetable public spaces — are also what make cities attractive to large groups of people who feel like gathering together for a rally.

After 2001, America was lucky to avoid further terror attacks within its borders. Meanwhile, city police trained to manage terrorist attacks began to apply their new crowd management techniques in other situations — like protests. In 2004, 1,800 protesters were arrested at the Republican National Convention in New York — setting a new record for most Americans arrested at a political convention. Mass arrests also surfaced during the Occupy Movement, where 700 people were arrested on the Brooklyn Bridge and over 400 were arrested on a single day in Oakland.

Have mass arrests become the new normal of protest policing? Heidi Boghosian, the executive director of the National Lawyers’ Guild (NLG), a group which has been handling protest arrest cases since the labor protests of the 1930s, spoke to Grist about the practice.

Q. Have you noticed that police treat protesters differently now that they have all this post-9/11 Homeland Security training in crowd control techniques?

A. With the creation of the Department of Homeland Security in 2002, and the seemingly permanent state of perpetual war, protesters represent the front-line recipients of punitive policing. They have been easy targets for local and federal law enforcement agencies to label as potential terrorist threats.

Although we have all become prospective criminal suspects to some extent — witness post-9/11 airport security protocols and requirements that workers wear badges to enter their buildings.

Q. Are they more likely to carry out mass arrests than they used to be?

To justify this, however, they rely on the aggressive and ill-advised police response to the 1999 WTO ministerial protests in Seattle, saying that the Seattle Police Department lacked sufficient forces to arrest greater numbers on the spot. In contrast, they cite the 1,800-plus arrests made at the 2004 Republican National Convention in New York.

Norm Stamper, former chief of the Seattle Police Department, publicly admitted mistakes in handling the protests and has urged an alternative to what he deems the “paramilitary bureaucracy that is American policing.”

Engaging in mass arrests, absent probable cause that criminal activity is taking place, is patently unconstitutional and costly not only to municipalities that have to pay large settlements after litigation, but also to the general administration of justice in this country.

Q. At what point did you realize that police were scraping data from protesters’ phones and wireless devices?

A. The NLG became aware that police were searching cellphones as early as 2004. We suspect it was happening even earlier. That year, San Francisco police raided a building, found marijuana, and took three of the arrestees to the Taraval Police Station for booking, where they searched their cellphones without a warrant. The three men filed a motion asserting that the warrantless search violated their Fourth Amendment rights; U.S. District Judge Susan Illston found the SFPD’s search impermissible.

They knew that law enforcement tried to disrupt two-way radio communications and also knew that police could identify individual cellphone users trying to organize. TXTmob allowed groups to communicate quickly and to large groups of people in the streets about events and such information as the location and description of undercover police.

Given that law enforcement was infiltrating and monitoring activist groups across the country before and during the political conventions — and at the 2000 Philadelphia Republican National Convention even confiscated cellphones and called them instrumentalities of crime in a couple of cases — it’s not unlikely that they may have been searching them as soon as they became taken into police custody.

Q. Say I’m an idealistic youth who has never been to a protest before. In your opinion what are the most important thing (or things) that I should do in order to stay out of jail — or at least not get charges filed against me if I do get arrested?

A. You should be aware at all times of where the police are, including those who could be in plainclothes. Look for any quick movements, such as police putting their hands on their nightsticks, lowering their helmet visors, suddenly moving toward a van or quickly mobilizing into a line formation. Keep an eye out for netting, mobile barricades, police scooters, bicycles, equestrian or canine units that may be brought in to encircle, trap, or push crowds.

Stay at enough of a distance to be able to run if police start making arrests, or charge the crowd. Make sure you identify alleys, or nearby open spaces that you can run to if police engage in aggressive behavior, including the use of less-lethal munitions. If police do give dispersal orders, move away quickly. In short, avoid “mass arrests” situations where you may be corralled into a space from which you cannot escape.

Don’t bring contraband to a protest and be aware of local ordinances such as mask laws. Be aware that if you antagonize or challenge police verbally you may be subject to arrest on such charges as disorderly conduct, or resisting arrest.