3,500 voters in North Dakota could put the brakes on huge fracking boom - Grist 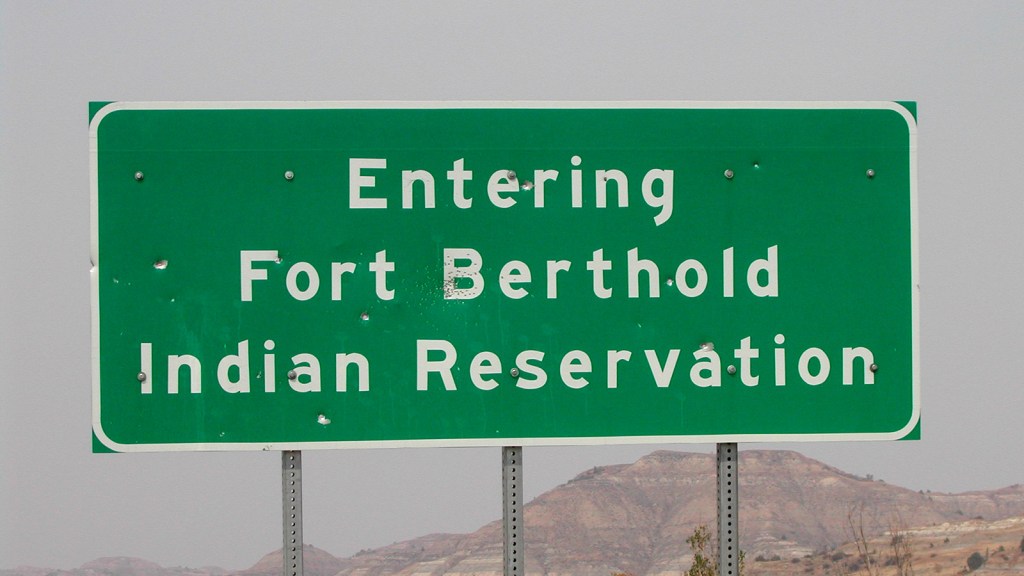 3,500 voters in North Dakota could put the brakes on huge fracking boom

The run-up to Tuesday’s midterm elections has seen an unprecedented spending surge from environmental groups. Climate and energy issues — from fracking in Colorado to coal mining in Kentucky — have taken center stage. But a far less prominent political fight in North Dakota is poised to have an outsized impact on America’s biggest oil boom.

The Fort Berthold Indian Reservation, on the shores of Lake Sakakawea in the northwest part of the state, is home to roughly half of the 14,000 members of the Three Affiliated Tribes of Mandan, Hidatsa, and Arikara Nation. The community sits atop roughly one-third of an immense treasure-trove: The Bakken Shale, the oil formation that is home to North Dakota’s ongoing fracking boom. Tuesday, MHA Nation members will head to the polls to elect a new chair — the tribal administration’s chief executive. Out of about 8,000 eligible voters, 3,500 are expected to turn up Tuesday, according to a spokesperson for the Tribal Election Board.

Both men vying for the position say they plan to crack down on the oil rush that has brought their nation a complex mix of wealth, environmental degradation, and corruption allegations. Normally, a chairmanship election on a Native American reservation would draw little interest outside the reservation’s borders. But with so much oil development at stake, Fort Berthold is a different story.

Here’s a sense of the scale of Fort Berthold’s petroleum power, from the Bismarck Tribune​:

The reservation has 25 rigs drilling, 1,300 oil wells and produces 333,000 barrels of oil per day. About $25 million in oil tax revenue flows to the tribal treasury each month and the tribes’ annual budget has swelled from a modest $20 million annually to $520 million.

That heap of cash is administered by a tribal council, which is headed by the tribes’ current chair, Tex Hall. A former oil-field services company executive, Hall was elected in 2010, just as the oil rush was getting underway. Fewer than half of the tribes’ members own mineral rights they can lease to drilling companies, according to Sebastian Braun, head of the Indian Studies department at the University of North Dakota. Since many residents don’t benefit directly from the fracking boom, they depend on the tribal administration to spend the money wisely and to help the residents cope with rising housing and grocery costs and the other ancillary impacts of oil development.

Instead, Braun said, “people felt the money was spent in ways they didn’t understand” — for example, on a helicopter to ferry VIPs to the reservation and a cruise ship for Lake Sakakawea — while the main town has only one stoplight for the increasingly heavy stream of truck traffic. And a report this August commissioned by the tribal council made various allegations about Hall’s financial dealings with oil and gas companies. In September, Hall denied those allegations and, in a statement reported by the Bismarck Tribune, dismissed the report as a “smear campaign.” Hall did not respond to Climate Desk’s request for comment.

The video above shows oil production at work on Fort Berthold Indian Reservation. Via Lunker Federal 2-33-4H from Georgianne Nienaber on Vimeo.

Moreover, a spate of industry-related accidents have raised concerns among locals that the boom could come at too high a price to the environment. In July, for example, 1 million gallons of highly salty wastewater from fracking operations leaked from a burst pipe. Some of that wastewater made it to a bay on the lake that is a source of drinking water for the reservation.

Both candidates running to replace Hall want to take a more active role in regulating the oil industry. Mark Fox, the tribe’s tax director, and Damon Williams, an attorney, are both promising to increase transparency for oil revenues and tighten environmental regulations on the industry. The tribe’s constitution grants its chair significant influence on both issues, Braun said. In a recent debate the candidates wrangled over constitutional and educational reform for the tribe.

On oil issues, the candidates’ platforms are so similar that the state’s top oil industry regulator recently said at a press conference that he was “deeply concerned” that either election outcome will put a noticeable freeze on one of the state’s most active production areas. Both candidates “are less friendly to rapid development than the current administration,” said Lynn Helms, head of the North Dakota Department of Mineral Resources.

In other words, North Dakota’s oil companies are likely to soon find themselves facing a formidable new opponent in the fracking free-for-all that the state has become over the past decade. But for Braun, curbing the industry’s growth is less important than securing the tribes’ natural resource wealth to benefit future generations. And the next MHA Nation chair will be the one to set that course.

“What is at stake overall in North Dakota is not what’s happening in the next five years,” he said, “but what will happen when this boom is over.”