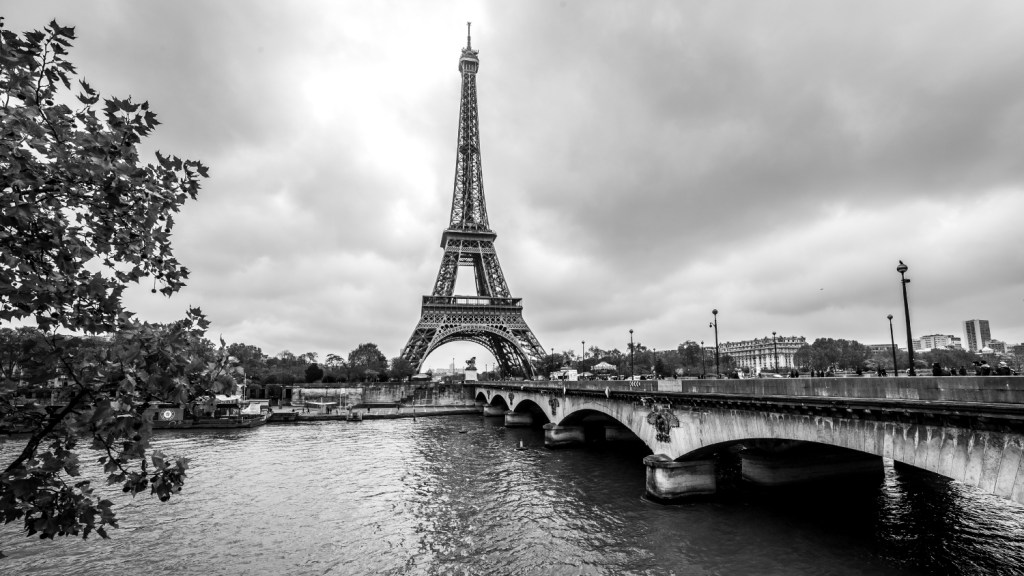 On Tuesday, more than 100 heads of state departed from Paris, after kicking off two weeks of international negotiations intended to limit climate change. But even though the biggest names have left the building (actually a converted regional airport), the real action is just getting started. If history is any guide, diplomats will be holed up in a room negotiating minute textual details until — or well past — the last possible minute next Friday.

Still, the last few days have seen a barrage of developments that aren’t necessarily tied to the core negotiating text. It started on Sunday with a joint commitment from dozens of nations and private corporations to vastly increase their spending on clean energy research and development. Here are a few more key developments, in no particular order:

1. New milestone for fossil fuel divestment: Some of the most prominent activist groups at the summit are focusing their attention on divestment — that is, getting high-profile individuals and institutions to pull their money out of fossil fuel companies. In September, that campaign reached a high-water mark, when a study commissioned by a coalition of environmental groups found that hundreds of institutions and thousands of individuals with assets totaling $2.6 trillion had pledged to divest from fossil fuels. Bear in mind, the actual amount of money being pulled out of fossil fuel companies is substantially smaller than that. But it’s nevertheless a pretty impressive number because of the growing movement it represents.

On Wednesday, the same coalition updated that figure: It now tops $3.4 trillion. Again, it’s unclear how much of this is actually being divested. (It’s not always easy for a complex institution such as a university to know how much money, if any, it actually has invested in a given industry). But it’s striking that the total jumped nearly $1 trillion in just a couple of months.

2. Big boost to clean energy in Africa: Sub-Saharan Africa has one of the world’s lowest rates of access to electricity; nearly two-thirds of people there live without power. That makes it hard to grow a business, hard for kids to study, and hard to store fresh food and medical supplies. As we’ve reported before, it also represents a huge opportunity for renewable energy. Small-scale wind and solar projects, while not up to the task of fully supplying the continent’s electricity needs, can often be deployed more rapidly than big fossil-fuel-fired power plants.

On Tuesday, the African Development Bank announced that it would pour $12 billion into energy projects over the next five years and seek to attract up to $50 billion in parallel private-sector funding. The project has two goals: to vastly expand basic energy access, and to do so cleanly, by boosting the continent’s renewable energy capacity tenfold. This is just the latest sign that the clean energy industry is likely to be one of the biggest winners from the Paris climate talks.

3. China is playing ball: President Barack Obama and his Chinese counterpart Xi Jinping set the joint climate action ball rolling more than a year ago, when they announced a sweeping plan to limit greenhouse gas emissions and pool resources on clean energy. Since then, China and the United States — the world’s No. 1 and No. 2 carbon polluters, respectively — have stayed close on their climate agendas. That trend appears to be continuing in Paris, a rare point of diplomatic accord in an otherwise testy relationship. China has said it could agree to reevaluating its climate goals every five years, a protocol that the United States, the European Union, and other leading emitters are pushing strongly to include in the final agreement. On Wednesday, Chinese officials back in Beijing also announced deep new targets for reducing greenhouse gas emissions from power plants.

India has also rolled out a new $30 million plan to invest in clean energy, although that country remains opposed to the five-year review standard. Russia, meanwhile, doesn’t appear interested in doing much at all. Tensions between the United States, China, India, Russia, Canada, Brazil, and other heavyweights — not to mention small island nations and other highly vulnerable players — are likely to become more apparent as the talks progress into finer minutiae.

4. Who’s going to pay for all this? One of the most contentious issues in Paris is climate finance, a term that refers broadly to cash ponied up by wealthy, high-polluting nations such as the United States to help poorer countries adapt to climate change impacts and reduce their carbon emissions. In 2009, at the last major climate summit, developed countries agreed to raise $100 billion in climate finance per year by 2020. That goal is about halfway met, according to the World Resources Institute. On Tuesday, Obama announced an additional $30 million from the United States for climate adaptation in the most vulnerable countries, on top of a $3 billion promise the United States made to the U.N. Green Climate Fund last year.

But it’s unclear how the Paris agreement will ensure that this fundraising continues. Delegates will have to hash out what sorts of commitments can or should be legally binding, how to count the money, how to spend it, and other important considerations. Jake Schmidt, an international programs director at the Natural Resources Defense Council, said many developing countries are pushing to include language in the agreement that would require the total level of finance to be gradually ramped up over time.

“I don’t think anyone is envisioning there will be a new [specific] number, but rather asking that $100 billion is a floor to the finance that will be mobilized over time,” he said.

The same is true of countries’ various greenhouse gas reduction targets, he said: A big question at the talks is how these commitments can be enforced and strengthened past the next decade or two.

“We’re leaving Paris with a sense that it could be 10 or 15 years before we return to these targets,” he said. “If we don’t have another moment to reevaluate these, then we have a problem.”

5. Cities are playing a big role: National governments aren’t the only players in Paris. Cities and states are also offering their own commitments. One of the most prominent voices at the summit so far has been that of California Gov. Jerry Brown (D), who is pushing a group of 60 states and cities around the world to sign on to a sub-national climate agreement. Meanwhile, on Tuesday a group of 21 mayors committed to dedicating 10 percent of their municipal budgets to climate “resilience,” which includes steps like making infrastructure more weatherproof and restricting energy consumption by buildings. They include the mayors of Paris, New Orleans, Oakland, Rio de Janeiro, and other global cities.