A plan to get solar headed in the right direction -- literally 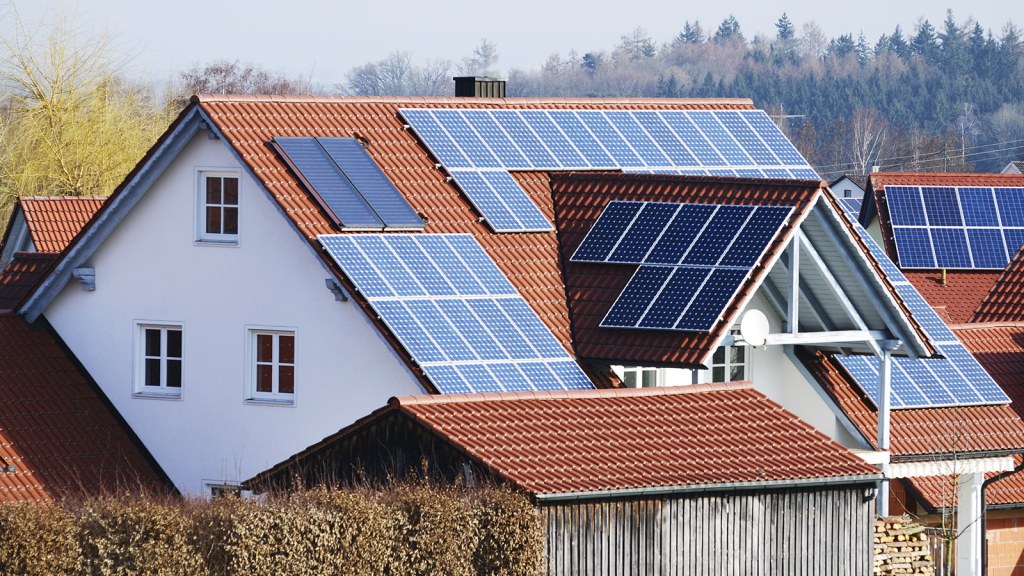 A plan to get solar headed in the right direction — literally

Up here in the northern hemisphere, south-facing solar panels produce the most total electricity. So we should build them to look that direction to make the biggest impact, right? Not so fast, my friend.

Clean energy buffs have been saying for a while that we should point our photovoltaics to the west, not the south, to maximize the value of the juice produced. Westward-facing solar panels capture late-day sunshine (think about it) when electricity demand is highest.

The wonks at utility-software maker OPower know this to be true, and they recently scoured their enormous stockpile of energy data to come up with some new math on the subject (the blog post is well worth reading, or at least looking at the pretty charts). Here’s just one nugget from the analysis of over 100,000 California solar systems:

Overall, 71% of residential systems in the Golden State primarily face the southern sky, while 20% primarily face the western sky. Only around 9% of systems face within 10 degrees of due west — an orientation that’s highly aligned with the needs of the grid, according to recent guidelines from the California Energy Commission.

The Cali solar landscape may begin to tilt toward the west soon, though. Those new guidelines from the CEC, released in September, include a program to give up to $500 to people who build panels that point to the Pacific.

Why is it important, you ask, to provide solar power in the early evening? Well, nine-to-fivers and students come home from work and school and — depending on location and season — turn on the AC or the heat, plug in their rechargeables, run some appliances, and illuminate screens. Meanwhile, the electric utility scrambles to meet this demand as power output from south-facing solar panels wanes. Often, this means firing up natural gas-burning power plants. Sorry climate.

So, if westward-oriented solar panels can offset some of the electricity system’s carbon emissions, why have we been positioning them to aim south? In short, the incentives suck. Most people with solar arrays get paid for the total power generated (or net meter it) at a flat rate. So solar owners and lessees choose to put up panels facing south to make the most money. Who could blame them?

OPower’s study mentions a few ways to fix the issue. First, and easiest, utilities can pay for solar power at varying rates, to reflect the price of power at a particular time of day. Second, solar trackers, which allow panels to follow the sun as it moves from east to west, are getting cheaper. And lastly, tech innovation means better options for storing lots of energy. Large-scale electricity storage makes timing irrelevant — just maximize solar power production and feed it back into the grid as needed!

Until these advances become affordable reality, do your utility a favor and set up your new solar system to look longingly to the west. Your panels want to watch the gorgeous sunset too, you know.