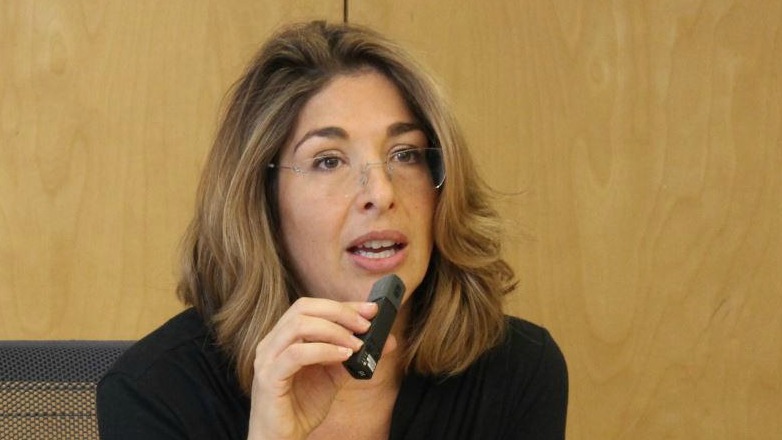 A group of radicals gathered on the periphery of the Paris climate talks Wednesday to issue a manifesto. “A transformation of the world’s entire economic system is essential,” their missive began in typically grandiose fashion. “Our economies are hardwired to fossil fuels. To overcome this carbon entanglement, countries need to implement strong climate policies, including strengthening carbon pricing and … .”

Wait a second, I mixed up my notes. That was Wednesdays’s joint press release from the Organization for Economic Cooperation and Development, the International Energy Agency, the Nuclear Energy Agency, and the International Transport Forum, four of the stodgiest policy groups around. It was issued from the heart of the United Nations Climate Change Conference and Twenty-First Conference of the Parties, known semi-affectionately on the inside as “COP21.”

The radicals were at another event, far outside the well-guarded hangar walls of the Le Bourget airport complex. With them were moderates, labor leaders, community advocates, progressive politicians, and a guy in a flannel shirt who described himself during the question-and-answer session as a “possibilitator.” Like the OECD and its partners, the group at the Salle Olympe de Gouges, a multipurpose theater less than a mile from the site of two of the Nov. 13 suicide bombings, called for total transformation to stop climate change from wiping out much of the habitable world.

Unlike those groups, however, the event’s organizers have no faith that any sort of significant transformation will be possible in the accord being hammered out now. So they offered a plan of their own.

The headliner at the sold-out event (tickets were free but limited; attendees lined up for more than half an hour to get in) was Naomi Klein, the Canadian journalist and author whose 2014 book, This Changes Everything: Capitalism vs. the Climate, has become a rallying point for a large swath of the environmental movement. Colleagues and collaborators joined her onstage to launch their own vision for the future in the form of a pamphlet called “The Leap Manifesto.”

“I refuse to put our future in the hands of those cloistered at Le Bourget,” Klein said to applause. Afterward she told me independent efforts will be essential after the failure she is sure will come. “I thought there was a pretty good chance that people would leave Paris demoralized. And you know we can’t afford to lose years to depression as we did after Copenhagen” following the 2009 climate talks there, she added.

The very international crowd at the Salle Olympe de Gouges — named, perhaps appropriately, for an early feminist and abolitionist playwright who was guillotined in 1793 for siding with the wrong Jacobins — represented a wide range of views. Hassan Yussuff, the leader of Canada’s national labor movement, was onstage alongside a Danish member of parliament and an advocate from Canada’s Cree Nation. Some in the crowd were also attending the talks and peripheral events at Le Bourget. Others rose to express their skepticism over the concept of representative democracy, some visibly upset that the manifesto’s authors would even consider lobbying politicians with their ideas.

The crowd was united in their shared advance disappointment over what they think the Paris talks will yield. They are discouraged by U.N. officials’ pre-conference resignation that the likely agreement will not keep emissions below the 2-degree average global temperature increase that scientists say is a critical point (much less the 1.5-degree limit that countries in the most vulnerable situations, especially small islands, have demanded). They are dismayed that the United States in particular is not only fighting against a legally binding emissions agreement, but, as Klein put it, “trying to redefine ‘legally binding’” in ways that will allow corporations and markets to determine the course of action. They were also furious about France’s crackdown on environmental protesters, justified by a state of emergency imposed after the Nov. 13 attacks.

Though the negotiations at the official climate talks were only in their third day, and the first since the heads of state left and negotiators could really get to work, it’s already fair to say the group’s manifesto will be significantly different from anything that might get signed by governments in mid-December. For one, it calls for 100 percent renewable energy by 2050, with the shift starting immediately.

It calls for collective community control of new energy systems, with priority given to “indigenous peoples and others on the front lines of polluting industrial activity.” It also seeks an end to policies that many officials don’t think of being directly linked to the environment, including budget cuts in the name of “austerity,” tax breaks for corporations and the wealthy, and profligate military spending. It joins the OECD’s Wednesday proposal in calling for an end to fossil-fuel subsidies.

Oh, and it only applies to Canada.

“The idea for the event today is that we would be globally launching our leap and saying, ‘What do you think? Is this something that could work in your country?’” Bianca Mugyenyi, a Ugandan-born Canadian author and activist who works with Klein as an outreach coordinator, told me. Like-minded advocates in Australia are working on their own plan; the group sees the European Green Manifesto as also being inspired by their work.

That variety and focus on local needs is key, Mugyenyi added. “We don’t want people to have necessarily the same demands because they’re very specific to different countries.”

The pamphlet is named for Leap Day, as in Feb. 29 (and not, the group’s FAQ stresses, Mao Zedong’s Great Leap Forward), when more events are planned. With the official talks scheduled to end in mid-December, “Feb. 29 is enough time to have a good cry, brush yourself off, and do something,” Klein said with a laugh.

Brandon King, a community organizer who came to Paris with a team from Jackson, Mississippi, to participate in events surrounding COP21, said he thought outside advocacy could both help push the formal agreement on issues such as reparations to climate change-affected communities, while mobilizing people for further fights ahead. The group, Cooperation Jackson, has been participating in street events such as the “human chain” that stretched through Paris’ streets in defiance of the demonstration ban, and has also sent an observer to the conference itself. “You can have an inside/outside strategy,” he said.

Klein seemed to agree. “My hopes for the COP were always more on the movement side, that this is a convergence space and a time when movements can come together and form alliances and be stronger going forward.” She plans to go to Le Bourget herself on Thursday.