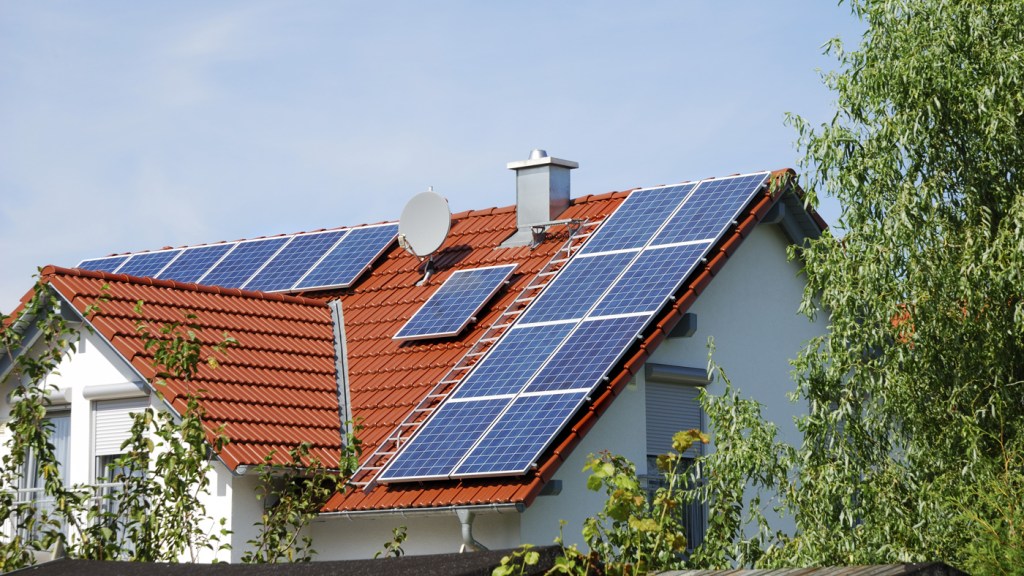 An alliance of corporations and conservative activists is mobilizing to penalize homeowners who install their own solar panels — casting them as “free riders” — in a sweeping new offensive against renewable energy.

Details of ALEC’s strategy to block clean energy development at every stage — from the individual rooftop to the White House — are revealed as the group gathers for its policy summit in Washington this week.

About 800 state legislators and business leaders are due to attend the three-day event, which begins on Wednesday with appearances by the Wisconsin senator Ron Johnson and fellow Wisconsinite and Republican budget guru Paul Ryan.

Another ALEC speaker will be senator Ted Cruz of Texas, a leading figure behind the recent government shutdown, and the governors of Indiana and Wyoming, Mike Pence and Matt Mead.

For 2014, ALEC plans to promote a suite of model bills and resolutions aimed at blocking Barack Obama from cutting greenhouse gas emissions, and state governments from promoting the expansion of wind and solar power through regulations known as Renewable Portfolio Standards.

Documents obtained by the Guardian show the core elements of its strategy began to take shape at the previous board meeting in Chicago in August, with meetings of its energy, environment, and agriculture subcommittees.

Further details of ALEC’s strategy were provided by John Eick, the legislative analyst for ALEC’s energy, environment, and agriculture program.

Eick told the Guardian that the group would be looking closely at how individual homeowners with solar panels are compensated for feeding surplus electricity back into the grid.

“This is an issue we are going to be exploring,” Eick said. He said ALEC wanted to lower the rate electricity companies pay homeowners for direct power generation — and maybe even charge homeowners for feeding power into the grid.

Eick dismissed the suggestion that individuals who buy and install home-based solar panels had made such investments. “How are they going to get that electricity from their solar panel to somebody else’s house?” he said. “They should be paying to distribute the surplus electricity.”

In November, Arizona became the first state to charge utility customers for installing solar panels. The fee, which works out to about $5 a month for the average homeowner, was far lower than that sought by the main electricity company, which was seeking to add up to $100 a month to customers’ bills.

Gabe Elsner, director of the Energy and Policy Institute, said the attack on small-scale solar was part of the larger ALEC project to block clean energy. “They are trying to eliminate pro-solar policies in the states to protect utility industry profits,” he said.

The group sponsored at least 77 energy bills in 34 states last year. According to an analysis by the Center for Media and Democracy, the measures were aimed at opposing renewable energy standards, pushing through the Keystone XL pipeline project, and barring oversight on fracking.

Until now, the biggest target in ALEC’s sights were state Renewable Portfolio Standards (RPS), which require electricity companies to source a share of their power from wind, solar, biomass, or other clean energy. Such measures are seen as critical to reducing America’s use of coal and oil, and to the fight against climate change. RPS are now in force in 30 states.

In 2012, ALEC drafted a model bill pushing for the outright repeal of RPS.

In the confidential materials, prepared for the August board meeting, ALEC claimed to have made significant inroads against such clean energy policies in 2013.

“Approximately 15 states across the country introduced legislation to reform, freeze, or repeal their state’s renewable mandate,” the taskforce reported.

That compares to model bills in just seven states in support of the hot-button issue of the Keystone XL pipeline, according to figures in the documents.

“This legislative year has seen the most action on renewable mandates to date,” the documents said.

None of those efforts passed, however, with signs of strong local support for wind farms and other clean energy projects that were seen as good for the economy — from Republicans as well as Democrats.

At its meeting in August, ALEC put forward an initiative that would allow utility companies to import clean energy from other states — rather than invest in new, greener generation.

An “explanatory note” prepared for the meeting admitted: “One model policy may be the right fit for one state but not work for another.”

Elsner argued that after its bruising state battles in 2013, ALEC was now focused on weakening — rather than seeking outright repeal — of the clean energy standards.

“What we saw in 2013 was an attempt to repeal RPS laws, and when that failed … what we are seeing now is a strategy that appears to be pro- clean energy but would actually weaken those pro- clean energy laws by retreating to the lowest common denominator,” he said.

The other key agenda item for ALEC’s meeting this week is the EPA. The group is looking at two proposals to curb the agency’s powers — one to shut the EPA out of any meaningful oversight of fracking, and the other to block action on climate change.

A model bill endorsed by the ALEC board of directors last August would strip the EPA of power to shut down a frack site or oil industry facility.

That would leave oversight of an industry that has to date fracked 2 million wells in 20 states to a patchwork of local authorities that have vastly different standards of environmental protection.

The model bill would explicitly bar the EPA from shutting down any oil or gas well or facility in any of them, limiting the agency’s capacity to enforce the clean water and clean air acts.

“The legislature declares that the United States Environmental Protection Agency … lacks the authority to deny permits of operation to these oil and gas wells and facilities,” the bill reads.

Eick said the bill was in keeping with the group’s broader philosophy of expanding power to the states.

“A national regulatory agency might impose a cookie-cutter, one-size-fits-all regulation on states in many instances,” he said.

The meeting will also focus on Obama’s plan, announced last June, to use the EPA to limit greenhouse gas emissions from future and existing power plants.

“The EPA’s forthcoming regulation of greenhouse gas emissions and specifically carbon emissions from power plants will be of incredible interest to states and membership so we are going to be focusing on that. Absolutely,” Eick said.

It just shows that ALEC uses lawmakers as lobbyists to block climate legislation at every turn,” said Connor Gibson, a researcher for Greenpeace. “They try to undermine the authority of agencies that have the power potentially to control carbon pollution, so whenever there is a new EPA rule that pops up, they re-tool their arsenal of model bills to make sure they are blocking the new rule.”

The resolution on the EPA for ALEC members’ consideration this week argues that requiring tougher standards from the next generation of power plants lead to spikes in electricity prices and would damage the economy.

“ALEC is very concerned about the potential economic impact of greenhouse gas regulation on electricity prices and the harm EPA regulations may have on the economic recovery,” the resolution reads.

She disputed a number of claims within the ALEC resolution — including the assertion that reducing carbon pollution would lead to an 80 percent rise in electricity prices. Economic analyses by the EPA and others have suggested those rises would be fairly limited.

“They will probably tell you they don’t want the EPA to regulate anything so it is in their interest to turn what the EPA has proposed into something that is grotesque and unreasonable, which I don’t think is true,” Weeks said.