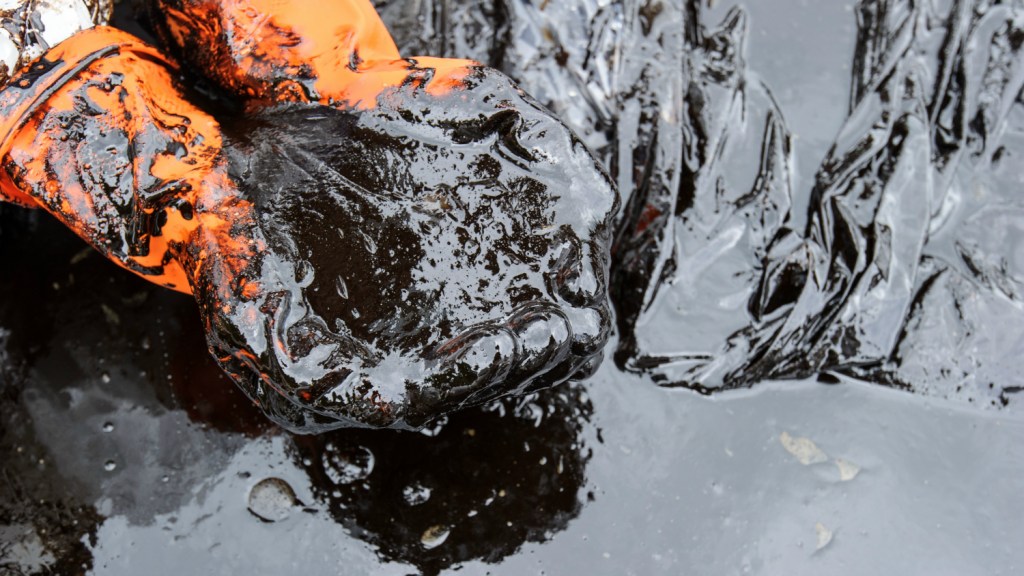 The price of crude oil has slumped to its lowest point in six years, and that has sent some major oil companies scrambling to get out of expensive tar-sands projects in Alberta, Canada. Shell has pulled out of one of its largest lease applications, and Petrochina is attempting to get rid of its tar-sands assets. Environmentalists have watched the slowdown with great hope.

Yet at the same time, some of those very same companies are positioning themselves to tap into an even more dirty and expensive kind of oil in Alberta: bitumen carbonates.

The little-known bitumen carbonates are a far more difficult-to-mine, more unconventional form of the molasses-like bitumen that’s already being extracted from the tar sands. In Alberta, the carbonates are in a deposit called the Grosmont formation, and most of it is underneath the tar sands themselves. The bitumen soaking the surface-level tar sands was once pushed up through the layers of limestone and dolomite that comprise the carbonates, and much of that bitumen is still trapped within the layer of porous rock. The carbonate rock resembles Swiss cheese, and in images of samples, black bitumen oozes from its holes. The Grosmont is estimated to contain about 500 billion barrels of oil, three times as much as the proven reserves in the tar sands above it. Industry insiders have a tendency to mention it in the same breath as Saudi Arabia’s mammoth Ghawar oilfield.

Shell, Husky, tar-sands giant Suncor, and the dreaded Koch brothers have all snapped up leases in Alberta’s bitumen carbonates. In mid-March, the mineral rights for a portion of carbonates were sold at auction for three-and-a-half times the average price for such leases, indicating great confidence in their profit-making potential, if not in the short term, then in the long term.

Despite decades of attempts, though, no one has yet found a way to profitably mine them. Looking at pictures of the oil-filled rock, it’s easy to imagine why these deposits are hard to mine. As in the tar sands, the bitumen in the carbonates is almost solid, meaning it has to be mixed with regular light crude and other solvents just to be made liquid enough to move through a pipeline (this mixture is that infamous “dilbit,” or diluted bitumen). So, this oil needs more oil just in order to be transported elsewhere. In addition to that, the dolomite’s fissures and holes (called “vugs” in geological parlance) are so uneven and unpredictable that companies haven’t figured out how to send drilling equipment through it: some holes are so large that they could swallow a drill.

One pilot project has successfully pumped oil from the bitumen carbonates. A joint effort by Osum Oil Sands and Laricina Energy, the so-called Saleski project mined more than 430,000 barrels of oil between 2011 and 2014 using a technique called steam-assisted gravity drainage, or SAGD. The technique is already used to extract tar sands that are too deep to be strip-mined: It pumps hot steam deep into the tar sands, melting and diluting the bitumen and applying pressure to push the tarry petroleum up to the surface. The oil industry is fond of comparing SAGD to traditional oil wells, but in fact the process is even more carbon-intensive than the ugly strip-mining that has already razed so much of Alberta’s boreal forest. Not to mention that the steam required to melt, dilute, and pump that bitumen requires the use of a tremendous volume of fresh water from a river and ecosystem that are already at risk from the tar sands industry’s rapacious use of their water.

The pilot project was lauded as a success, but it was suspended in December because of falling oil prices. Laricina is now in such rough financial shape that it was just granted court protection from its creditors, so it’s unclear when or whether its finances will recover enough for it to resume bitumen carbonates mining.

Other corporations are highly secretive about their research and activity around bitumen carbonates — the winner of last month’s auction was a third-party shell corporation, used to mask the identity of the buyer — so it’s unclear how close any company is to figuring out how to mine the carbonates for a profit (even assuming oil prices go back up). However, the high auction bids, secrecy, bullish predictions in industry magazines, and billions already invested all indicate that the oil industry is eyeing the carbonates with great greed.

The massive amount of oil contained in the tar sands has already transformed Canada into one of the top five oil-producing nations in the world. As recently as November, extraction from the tar sands was projected to double in size over the next 15 years, even without including any development of the bitumen carbonates. Oil prices have fallen further since then, enough to throw a lot of doubt on any such projections, but if oil prices rise again in the future — as they’re expected to — that would again drive demand up for unconventional oil, and make development of the Grosmont formation all the more likely.

The stratospheric numbers thrown around by excited industry insiders should galvanize anyone already familiar with climate scientist James Hansen’s warning from back in 2012, telling us that full development of the tar sands would mean “game over for the climate.” What would he say about these tar sands 2.0, the bitumen carbonates?

Correction: This post originally said that Canada was the third largest oil-producing country. In fact, as of 2014, it was the fifth largest.