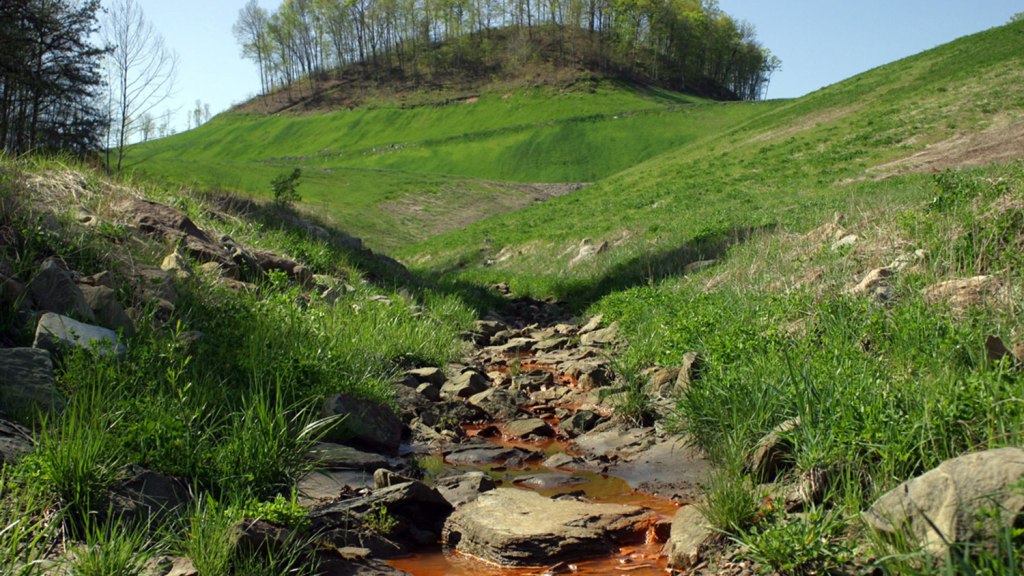 The Obama administration’s less-than-stellar relationship with the coal industry is about to get worse. The Interior Department is rolling out new rules to protect waterways and groundwater from the various toxic messes made by coal mining companies.

The proposed regulations are aimed at the controversial process of mountaintop-removal mining, a way of getting at coal seams by lopping off mountaintops and dumping them into valleys, thereby burying the waterways that run through those valleys. More than 2,000 miles of waterways have been destroyed through the practice, which also leads to substances like selenium, iron, and aluminum showing up in streams and causing significant health problems for humans and wildlife.

The proposed rules would require mining companies to test water quality before they start mining, as they mine, and after they mine, creating a data set showing how their operations affected the area. It would also require the companies to restore streams that were “mined-over,” and replant areas with native trees and vegetation, and to put up bonds to make sure there’s funding for restoration.

Interior’s new proposal has been in the works for years, ever since the department admitted in 2009 that Bush-era rules were flawed. Those rules were struck down in 2014, so the regulations currently in place date from 1983.

The coal industry — which is suing the EPA over the Obama administration’s Clean Power Plan and recently won a sort-of victory with the Supreme Court’s ruling on the EPA’s mercury regulations — is real upset about all this, and so are its allies in Congress.

“It’s outrageous that less than a month after being rebuked by the U.S. Supreme Court for ignoring the costs of its regulations, the administration is doing it again with this job-crushing, anti-coal rule,” said Wyoming Sen. John Barrasso (R). “It’s no secret that this overreaching rule is designed to help put coal country out of business.”

National Mining Association President Hal Quinn hit the same no-jobs line. “This is a rule in search of a problem,” he told The Washington Post. “It has nothing to do with new science and everything to do with an old and troubling agenda for separating more coal miners from their jobs.”

Green groups, meanwhile, welcomed the long-overdue proposed regulations, but said they don’t go far enough to fix this problem, and will in fact weaken existing requirements barring mining activities within 100 feet of a stream.

“Appalachian communities rely on the rivers and streams covered by these protections, and today’s proposal doesn’t adequately safeguard those communities,” said Bruce Nilles of the Sierra Club. “We need the federal government to create thoughtful stream protections that ban valley fills and ensure an end to this destructive practice.”

The rules aren’t a done deal yet. There will be a 60-day public comment period and five public hearings, after which the proposal could be revised. Final rules might be put in place next year.