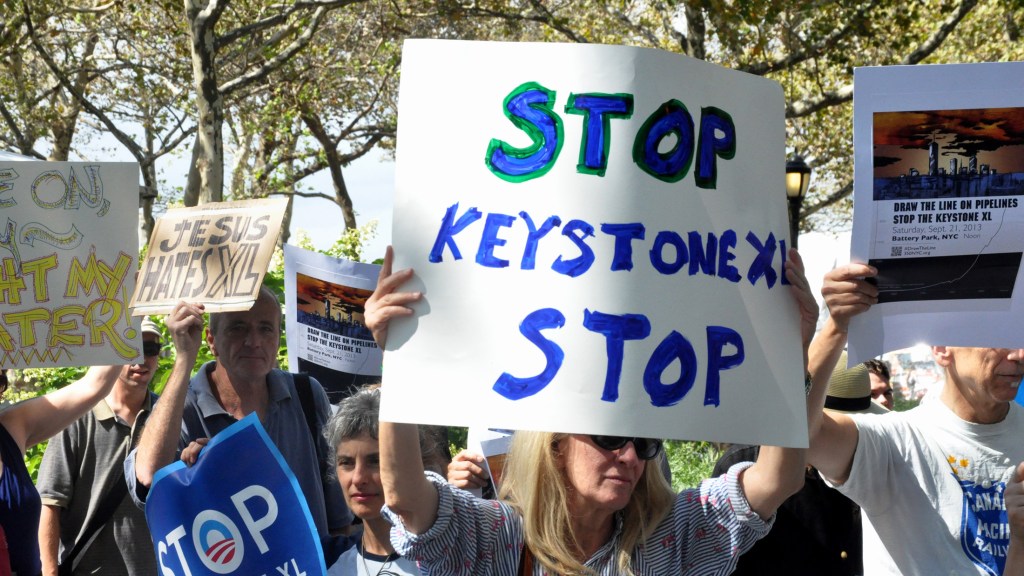 The Office of Inspector General today published a report that found ERM did not violate the State Department’s conflict-of-interest rules as it bid for the Keystone contract and wrote its study. Climate activists and environmentalists had requested the investigation by the inspector general, and now they’re none too pleased with the results.

Last month, the State Department released the environmental impact study written by ERM. It found that Keystone would not have significant climate impacts, even though sections of the study actually contradict that top-level finding. Grist’s Ben Adler recently highlighted the top three flaws with the study.

Bloomberg has compiled a handy list of questionable behavior by ERM:

• to disclose a possible conflict of interest to the State Department until two months after it won the contract, as reported by … Jim Snyder at Bloomberg News;

• to reconcile why ERM listed TransCanada as a client in its marketing materials the year before it began the Keystone contract, even though ERM and TransCanada had both told State that they had not worked together for at least five years;

• to acknowledge, until the summer of 2013, that one of its divisions (ERM West) was working alongside TransCanada on the Alaska Pipeline Project;

• to alert State, until it was already under scrutiny for conflicts of interest, that it was bidding on new contracts in western Canada that might include two new projects for TransCanada, first flagged by the Washington Post;

• to note, as Politico has, that as recently as 2010 it was part of a lobbying group, the International Carbon Black Association, that’s partly owned by TransCanada through a subsidiary (Cancarb), and that includes major Keystone XL proponents and potential beneficiaries;

• to mention that it’s listed as a member of several trade organizations that support Keystone XL, among them the Western Energy Alliance, the American Fuel and Petrochemical Manufacturers, and the Louisiana Mid-Continent Oil and Gas Association;

• to explain why ERM subcontractors who had worked on TransCanada projects in the past were suddenly removed roughly 24 hours after they were first posted (in a PDF) on the Web, a gaffe that led to a scoop for Mother Jones when the contractor names reappeared later with their affiliations redacted. …

Far more alarming than any of the above, ERM also relied on another firm to complete its Keystone assessment—and that company, as it happens, is owned outright by a tar sands developer.

As reported by Inside Climate News, critical analysis of greenhouse gas emissions in the Keystone XL EIS relies on research by Jacobs Consultancy, “a subsidiary of Jacobs Engineering, a giant natural resources development company with extensive operations in Alberta’s tar sands fields. The engineering company has worked on dozens of major projects in the region over the years. Its most recent contract, with Canadian oil sands leader Suncor, was announced in January.”

Apparently none of that bothered the inspector general.

Here’s what Jason Kowalski of activist group 350.org had to say about today’s report: “Far from exonerating the State Department of wrongdoing, the Inspector General report simply concludes that such dirty dealings are business as usual.”

Rep. Raúl Grijalva (D-Ariz.) argued that the inspector general’s report was too narrow. It focused, he said, on “whether the State Department followed its own flawed process for selecting a third-party contractor. The fact that the answer is ‘yes’ doesn’t address any outstanding concerns about the integrity of ERM’s work, the State Department’s in-house ability to evaluate its quality or whether the process itself needs to be reformed.”

Just yesterday, Grijalva asked the Government Accountability Office to do a separate investigation into State’s process for vetting contractors, and he says the GAO is planning to act on his request.

Meanwhile, anti-Keystone activists are gearing up for yet another arrest-provoking protest in front of the White House on Sunday. More on that coming soon.