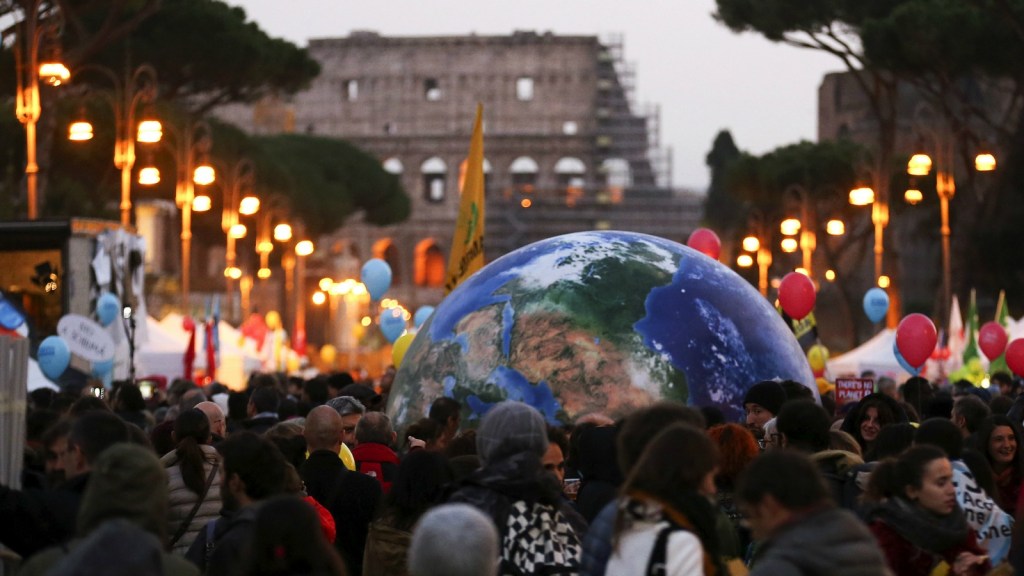 Sunday was far and away the biggest day of climate action the planet has ever seen — one day before world leaders descended on Paris for the landmark U.N. Climate Summit.

There was no major climate march in Paris — it had been called off in the wake of the recent terrorist attacks in the city, replaced by more quiet actions — but activists in other places around the world more than made up for it. Hundreds of thousands of people joined an estimated 2,300 marches and actions in 175 countries over the weekend, demanding that the heads of state and negotiators in Paris pull together a strong deal to fight global warming — and fight to keep fossil fuels in the ground and shift to 100 percent clean energy.