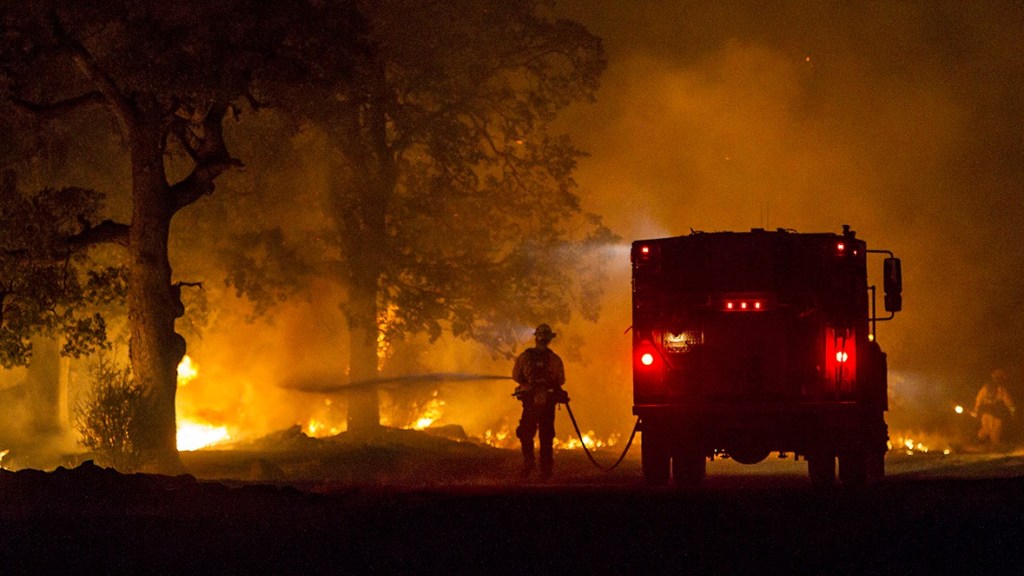 Wildfires not only jeopardize lives and property. They also cause air pollution — from planet-warming carbon dioxide to health-endangering soot and nitrogen oxides. This pollution can trigger hospital visits. It can also hamper agricultural output, and damage forests and other ecosystems.

This will be a particular problem in California, according to new research published in the journal Environmental Science & Technology.

Scientists analyzed future climate and population scenarios for the state and forecast that air pollution from wildfires in California could increase by between 19 and 101 percent by the end of the century. They found that the worst effects will likely be experienced in Northern California, particularly in the Sierra Nevada Mountains and in the Klamath-Siskiyou region at Oregon’s border.

“[I]ncreases in wildfire emissions due to climate change may have detrimental impacts on air quality and — combined with a growing population — may result in increased population exposure to unhealthy air pollutants,” the scientists write.

California’s current epic drought will likely lead to another year of epic blazes. The region is so tinder-dry that there have already been 400 wildfires in the state this year. “The conditions we are experiencing right now are similar to what we would be seeing in August — that’s how dry it is,” a Cal Fire spokesperson told The Fresno Bee. “Even though the calendar says it’s February and it’s winter, conditions are primed for wildfires.”

And wildfires are forecast to become a more severe problem as the climate continues to change.