Climate debt collectors: Occupy wants the 1% to pay up 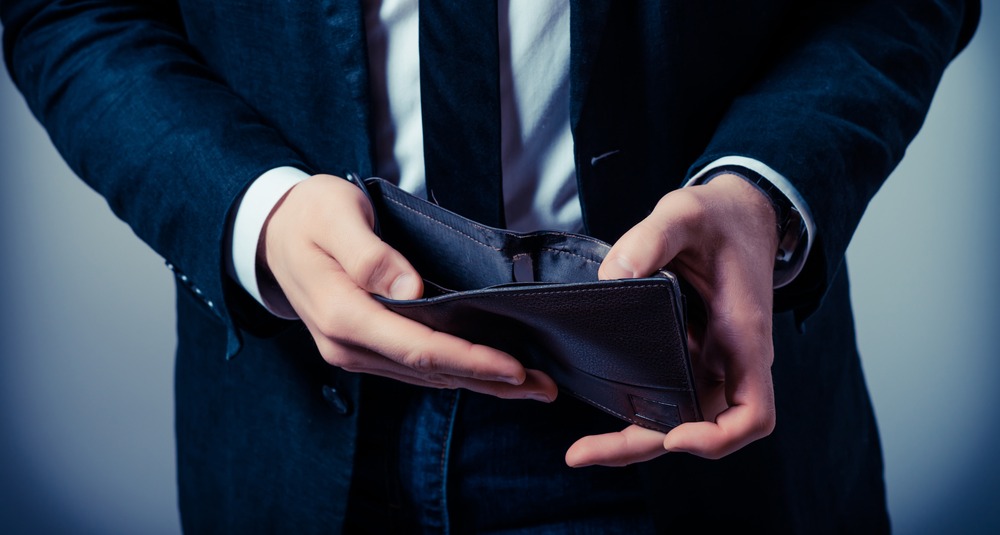 Climate debt collectors: Occupy wants the 1% to pay up

Last year, Strike Debt — a small collective of New York-based academics, filmmakers, and business types — published a short book called The Debt Resistors’ Operations Manual [PDF], which alternated between dispensing advice on how to clean up credit scores and chronicling the recent history of the finance industry.

Strike Debt is also known for a project called the Rolling Jubilee, which buys up old medical and mortgage debt that people might be despairing of ever paying off, and then erases it. The Rolling Jubilee earned the somewhat backhanded honor of being named “one of the few good ideas to come out of Occupy Wall Street” by Forbes.

The next edition of the The Debt Resistors’ Operations Manual — currently in the works, and due to be finished next year — will have something that the original lacked: a chapter on climate change.

Why the shift? We recently spoke with Andrew Ross, professor of Social and Cultural Analysis at NYU, who became involved in Occupy in the early days of Zuccotti Park and helped to launch the Occupy Student Debt campaign before becoming a member of Strike Debt. Ross is the author of several books, most recently Creditocracy: The Case for Debt Refusal, which will be published this February by OR Books.

Q.  With all the large social issues that Occupy and Strike Debt have raised, why add climate change to the mix?

A.  Well, Strike Debt focuses on all kinds of debt: medical debt, housing debt, credit card debt. We started the Rolling Jubilee. We really wanted to publicize how the secondary debt market worked. A lot of people didn’t know how cheaply their debts have been sold. How lenders are willing to sell your debt cheaply — but not to you. Knowing how cheaply your debt has been bought by the person who is trying to collect from you changes the dynamic. We hoped to raise $50,000, and now we’ve raised about $630,000 — and abolished $15 million worth of debt.

What changed is, Hurricane Sandy happened. A lot of Strike Debt people became involved in Occupy Sandy. It drove home links we’d been talking about when we did the Strike Debt report. People were waiting for their FEMA loans and these predatory banks were circling around them.

Climate debt isn’t a part of the political discourse, but climate debt needs to be honored and repaid. It’s unusual compared to other kinds of debt because it tends to be the more affluent populations that are the debtors.

Q. And what are you moving towards?

A. International legal recognition. We’re trying to get high-carbon countries to acknowledge their responsibility.

At the U.N., the term of choice is “climate aid,” which suggests that this is an act of benevolence on their part. They avoid anything that smacks of responsibility.

The decision to fast track climate financing by $30 billion in the three years after Copenhagen [PDF] is where it gets complicated. We should finance clean energy technology in developing countries, but in doing so, most of the emissions debt that we owe them is being paid back to us through their emissions cuts. And most of our carbon reductions so far have come from hyrdofracking for gas or from reduced industrial activity during the depression. There’s a lot of slick accounting going on.

These emissions developments are a denial to poor countries of their atmospheric space. To fully acknowledge carbon debt is to acknowledge that it is the cause of climate change in the world.

Q. Like, I feel guilty when I fly somewhere, but I still do it anyway.

A. One of the favorite things of really guilty people is to make people feel ashamed individually. I see a similar thing with climate debt. The people who are the most responsible get a pass, and the costs get passed on to us as individuals and the guilt gets devolved individually rather than being laid at the door of those responsible. That’s something that needs to be resisted.

Q. Do you remember if there was any disagreement in putting a climate change chapter into the handbook?

A. The first edition of The Debt Resistors’ Operations Manual was put together very quickly. Now it’s being expanded.  I don’t think there was any debate about whether to include climate debt.

What happens in an environmental disaster is that the patterns of injustice in our cities become exposed for all to see. The damage is inflicted on the most vulnerable. It takes its toll economically. Battery Park City — these high-end condos  — didn’t even lose their electricity. Now there is this whole debate about the waterfront. What will happen to Zone A? Not just here, but around the world.

Q. Who else is thinking about this?

A. It’s talked about a lot, back to the ’70s and The Limits to Growth. You could see the last 30-40 years of wealth redistribution as a form of hoarding in the face of climate change.

Following the People’s Summit in Cochabamba, Bolivia called for climate debts to be fully paid. The IMF  and the World Bank are on board with climate change. But I don’t find them putting any pressure on high climate emitters to pay the debts.

The initial premise of ecological debt was introduced leading up to 1992 at the Earth Summit in Rio as a reason for cancelling IMF/World Bank debt. We have five centuries of ecological debt there — extraction of resources. The slave trade. External debts owed to northern states. A lot of that stuff is difficult to quantify.

What you can quantify is carbon debt. There is fairly accurate data from 1750 onwards on emissions. It wasn’t really until Copenhagen that the climate justice movement picked it up.

A. Well, If you break it down per capita, the U.K. is a little greater.

A.They started the Industrial Revolution a little earlier. They’ve been going at it ever since. We’re the second largest. Germany and Australia are third and fourth. China is the largest emitter now, but they started emitting more recently. If you factor in their history, China is a creditor, not a debtor.

Some say the nation/state framework is the wrong way to look at things. The debts owed are also internal — within the borders of nation states. There are elites within these countries that have profited greatly from resource extraction and the carbon economy.

Q. How would you evenly distribute it, then?

A. That’s one of the problems that’s always at the heart of foreign aid. How do you make sure the money and aid get to the people who need it?

One of the things I argue for is that the system of distribution could be done through a basic income — the carbon tax goes into a central fund and is paid out.

Q. How did you get interested in this subject personally?

A. I have been writing about this for a while. My last book, Bird on Fire, was about Phoenix, Ariz. [Editor’s note: We spoke to Ross about the book last year.] There is an issue there with climate migrants — a lot of the folks who cross borders are economic refugees, displaced by the effects of climate change.

What rights are they due when they reach this country? This is a way that this debate about climate enters the borders of our nation state.

But there is no international legal recognition of what a climate migrant is. They are the most tangible evidence of climate change and we will see a lot more of them. Arizona is a case in point. It’s getting warmer and drier faster than anywhere else in the hemisphere.

Even if we cut our emissions we’re still locked in for a certain amount of climate change. What we can do now is plan for resilience. Which is unfortunate. It does mean that a lot of people have given up on stopping climate change and are focusing on fortifying, shoring up, defending.