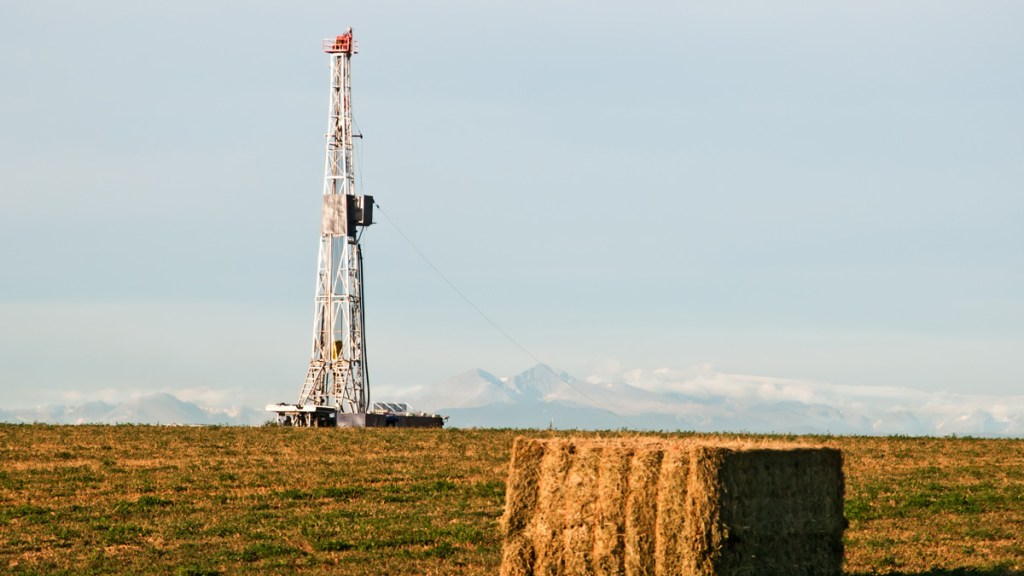 Colorado health officials announced new rules on Monday that would work to cut the air pollution produced by oil and gas operations in the state. The rules would force companies to capture 95 percent of all toxic pollutants and volatile organic compounds they emit. In addition, the rules include a requirement that companies control emissions of the potent greenhouse gas methane, marking the first time a state has drafted rules to directly address the methane emitted by oil and gas operations, according to The Denver Post.

“These are going to amount to the very best air quality regulations in the country,” Gov. John Hickenlooper (D) said.

Methane is a key driver of climate change; the greenhouse gas is 25 times more potent than CO2 over a century and 72 to 100 times more potent over a 20-year period. As oil and gas production booms in Colorado, the resultant air pollution is becoming a serious concern. Last year, air sampling conducted by the National Oceanic and Atmospheric Administration recorded a 4 percent methane emissions rate over Colorado, more than double the rate reported by the industry. A 2011 study by the National Center for Atmospheric Research found that “unless leakage rates for new methane can be kept below 2%, substituting gas for coal is not an effective means for reducing the magnitude of future climate change.”

Colorado’s new rules will require companies to detect leaks from tanks, pipelines, wells, and other facilities using devices such as infrared cameras, and to inspect for leaks at least once a month at large facilities and plug leaks. In addition, companies must adhere to stricter limits on emissions from equipment near where people live and play.

As a result, state health chief Larry Wolk said the state could cut overall air pollution by 92,000 tons a year — roughly equivalent to taking every car in the state off the road for a year.

Hickenlooper applauded the state’s largest oil and gas producers for coming to the table and drafting the rules with the state and the Environmental Defense Fund, The Denver Post reports. Environmental groups are praising the effort as an important step forward.

Whether stricter air-quality controls can assuage the concerns of Coloradans regarding the state’s oil and gas boom remains to be seen. Last month, four Colorado cities voted to ban the practice of hydraulic fracturing, or fracking, within city limits.