Want a climate deal? Rich nations will have to pay up to help poor ones 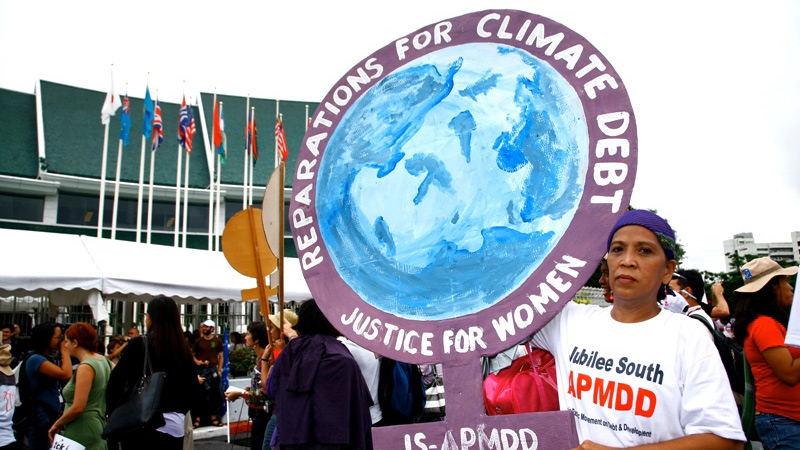 Want a climate deal? Rich nations will have to pay up to help poor ones

It’s helpful to understand game theory if you want to know why it’s so difficult to reach an international deal to reduce climate emissions. Everyone will be better off if everyone does their part, but if one country gets away with doing nothing while the others reduce their emissions, that country would be the biggest winner of all, enjoying the benefits of averted catastrophe without any of the costs. That calculation could lead to a lot of countries bailing out. No one wants to be the sucker who cuts emissions but still doesn’t prevent catastrophic climate change because no one else participated.

So making a deal and sticking to it will require countries to place a lot of trust in one another. And that trust has to be painstakingly built.

When the world’s richest countries say — as they did at the 2009 climate talks in Copenhagen, Denmark — that they will contribute $100 billion a year to a Green Climate Fund to help poorer countries reduce emissions and adapt to the effects of climate change, and then they don’t pay in, it erodes trust. And yet, that’s what has happened so far, as John Upton reported in Grist last week. Only $7.5 million has been contributed to the fund’s coffers so far. That’s partly because it’s not fully operational yet; it’s intended to be funded at $100 billion a year starting in 2020. But it’s also because wealthy countries are simply loath to part with the cash.

And it’s not even that much money we’re talking about here. Upton noted that $100 billion pales in comparison to the $500 billion that the world’s developed countries spend each year on fossil fuel subsidies.

Here are some other points of comparison:

If we can spend $769.5 billion to fill up our gas tanks every year, shouldn’t we be willing to kick in some portion of $100 million, even the bulk of it, to help ameliorate the climate change all that gasoline is causing?

Sure enough, at the ongoing climate talks in Warsaw, Poland, we’re finding that any commitment from developing countries to reduce emissions is contingent on the Green Climate Fund being fully funded. Daily Climate reported on Friday, “The failure of rich countries to fulfill a $100 billion promise to help poorer countries adapt to climate change has become a major block at the halfway mark of the United Nations talks now underway in Poland.”

Paying into the Green Climate Fund should be a no-brainer. It’s both a matter of social justice and a wise investment in protecting our own coastlines and communities from more extreme damage in the decades ahead. (The U.S. government is spending $60 billion on Hurricane Sandy recovery alone.)

And the Green Climate Fund is only the beginning of needed investment. Beyond assistance in curbing emissions and adapting to climate change, developing countries also deserve compensation for the havoc that global warming is already causing on their shores — like the recent devastating typhoon in the Philippines. There’s now a movement calling for rich countries that have benefited from industrialization to pay reparations to poor countries where residents are being flooded out of their homes. That movement is throwing a wrench into the Warsaw climate talks. As The New York Times reported on Sunday:

Following a devastating typhoon that killed thousands in the Philippines, a routine international climate change conference here turned into an emotional forum, with developing countries demanding compensation from the worst polluting countries for damage they say they are already suffering.

American negotiators are taking a predictably dim view of this. Last week, The Guardian reported that a U.S. briefing document it obtained “indicates the Obama administration believes a focus on loss and damage will be ‘counterproductive from the standpoint of public support’ for the UN climate talks.”

Congressional Republicans will only be more hostile to the notion of climate reparations. They hate spending money on poor people, and any such agreement would implicitly admit that climate change is real, human-caused, and bad.

But developing nations are understandably unwilling to do anything without assistance from their wealthier counterparts. It is necessary, and just, that we provide it.