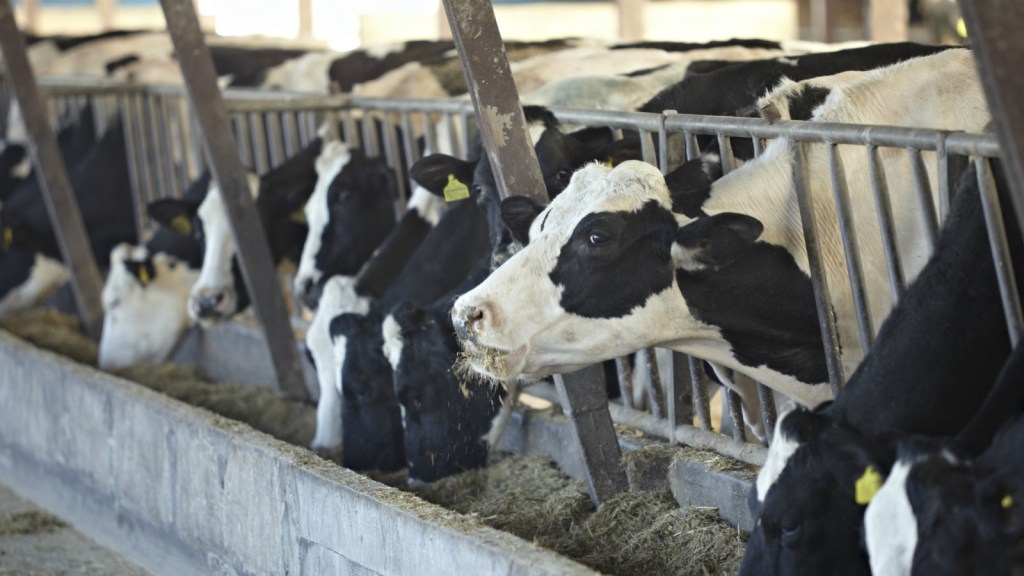 California’s attempt to curb emissions of methane, a powerful greenhouse gas, is facing vocal opposition from a dairy industry that fears government meddling in the flatulence of its cows.

The California Air Resources Board (ARB) has set a goal of slashing methane emissions by 40 percent by 2030, from 2013 levels, and has targeted the belching and farting — known as “enteric fermentation” — of California’s 5.5 million beef and dairy cows, as well as the manure they create.

A strategy document produced by the regulator states that improved manure management practices, new diets for cattle and “gut microbial interventions” could help cut the amount of methane released into the atmosphere. State legislators are currently considering a bill to enforce these suggestions.

Methane, primarily emitted from agriculture and the fossil fuel industry, doesn’t linger in the atmosphere as long as carbon dioxide. But it is 25 times more potent as a greenhouse gas over a 100-year period.

California has moved to limit methane after the state’s glowing reputation for climate action received a nasty blow by a natural gas leak this year in the mountains above Los Angeles that took 112 days to plug and spewed 97,100 metric tonnes of methane into the atmosphere.

But the state’s dairy industry has criticized the crackdown on methane leaking from cattle, launching a social media and email campaign that claims the ARB is overstepping its remit and raises the specter of exploding cows.

“The focus here is to highlight ARB’s efforts at over-regulating the dairy industry,” said Anja Raudabaugh, chief executive of Western United Dairymen. “By nature’s design, [cows] pass lots of gas. Quite frankly, we want them to expel gas so they don’t explode.”

The Milk Producers Council has also lambasted the prospect of new regulation, with the lobby group’s general manager Rob Vandenheuvel stating that the methane rules plan “threatens the future of the California dairy industry.”

“This is about fighting against the ridiculously stupid ‘go-it-alone’ strategy for implementing business killing regulations aimed at reducing greenhouse gases,” Vandenheuvel said.

“When the U.S. talks about going this direction, while countries like China refuse, I call that crazy. When a single state like California does it on its own, I call that absolutely insane.”

In May, the Obama administration unveiled new rules to cut methane emissions from the oil and gas industry by up to 45 percent by 2025, from 2012 levels. The rules are part of a number of executive actions taken by the president this year — including on emissions from aircraft and refrigerants — in the face of escalating global temperatures.

The world has just experienced 14 consecutive months of record heat, with scientists expressing alarm at the pace of temperature increase and resulting impact upon glaciers and sea levels.

Neither California nor the federal government, however, has yet adopted an idea from Argentina’s government that large backpacks be strapped onto cows to trap methane and turn it into green energy.