Democratic voters care about climate change, and they could put the heat on Clinton 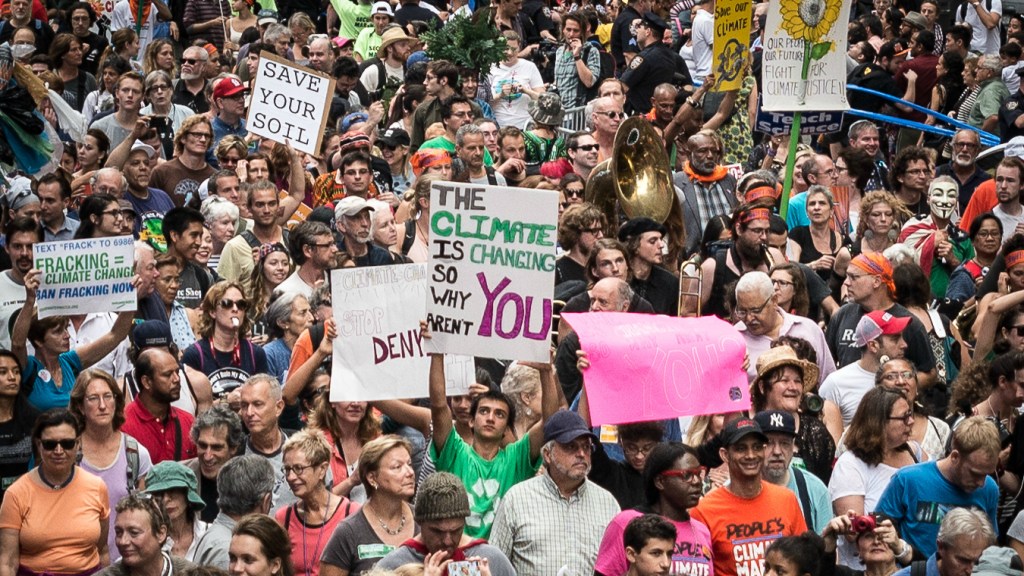 Democratic voters care about climate change, and they could put the heat on Clinton

A new poll from The Wall Street Journal and NBC News finds that 15 percent of Democratic voters named climate change as the most important issue facing the country. That was the third most common response among Democrats, behind jobs and health care.

This marks a potentially major shift in public opinion (if it turns out the WSJ/NBC poll isn’t an outlier — a Gallup poll from last year found that even Democrats are less likely to name climate change a top issue than economic or national security concerns).

For years polls have consistently shown that a majority of Americans, and a large majority of Democrats, accept climate science and want to reduce carbon emissions. The problem is that people believe lots of things but don’t necessarily vote on them. Those same polls have generally shown that relatively few Americans view climate change as a pressing issue or their top policy priority.

The predictable result has been that Republican politicians are free to please their science-denying base, resting assured that while swing voters do not agree with them, they won’t punish them for it either. Democratic politicians, meanwhile, support action to address climate change but have tended to avoid prioritizing it. And while they mollify their base with some efforts to limit emissions and support clean energy, they simultaneously pander to Americans’ obsession with the mirage of “energy independence” by expanding domestic fossil fuel production.

Environmentalists want that to change, and they are calling on President Obama and Democratic frontrunner Hillary Clinton to abandon the “all of the above” energy strategy. The WSJ/NBC poll should give them reason to be optimistic. An issue needn’t be a top priority for swing voters to become a top priority for politicians. If a large and vocal minority of Democratic primary voters care passionately about climate change, they can push presidential candidates to address it.

Just see how much success the Tea Party has had in pulling the Republican Party to the right on issues that don’t have broad appeal. Congressional Republicans have committed themselves multiple times to refusing to raise the debt ceiling without major policy concessions from Obama. They are not doing this to reach independent voters, for whom the debt ceiling is completely obscure. They are doing this because they are beholden to the far right that dominates Republican primaries, and the far right has a curious obsession with the debt ceiling.

It’s hard to find Democratic counterparts to the debt ceiling issue because liberals lack the grassroots organization, big business backing, and media echo chamber of the Tea Party movement, the Koch brothers, and right-wing talk radio. But that proves not that Clinton and congressional Democrats can’t be motivated on climate change, only that it will require more than just a general sentiment among their base. It will require organizing. That’s exactly what groups like 350.org and Tom Steyer’s NextGen Climate are trying to do. A cause that is in the public interest rather than the interest of companies like Koch Industries has less money behind it, but maybe activist energy will help make up that difference.