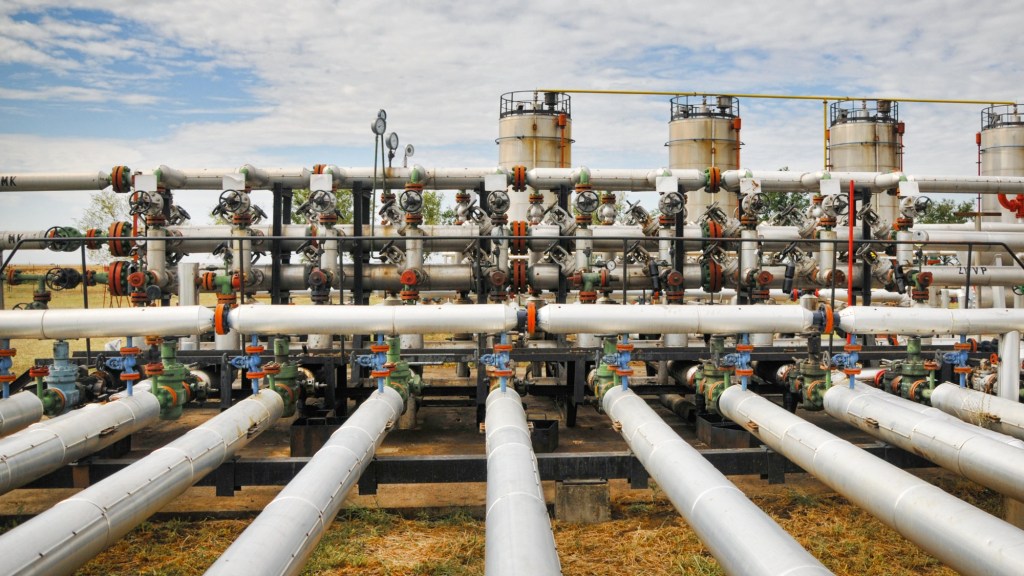 Obama’s coming for our gas! On Tuesday, the EPA proposed new regulations for methane emissions from oil and gas operations, as part of a larger policy suite aimed at reducing the sector’s methane emissions by 40 to 45 percent of 2012 levels by 2025. The regulations are the latest piece of the president’s Climate Action Plan, known in some circles as the war on coal, cars, landfills, jobs, and infants.

The new standards, which also address volatile organic compounds (VOCs), would require operators of new and modified wells to find and repair leaks — which is apparently something we need to get on the books — as well as limit emissions from “downstream” storage and processing equipment like compressors and pneumatic pumps and controllers. (Some argue the downstream standards don’t go far enough, since there’s a lot more room for cuts. For example, natural gas gathering facilities release about eight times more gas than the EPA had previously estimated, according to a new study.) The proposals would also apply a set of 2012 emission rules to hydraulically fractured oil wells, which were not covered under the previous regulations.

The new standards are expected to cut between 340,000 and 400,000 short tons of methane emissions annually by 2025, the equivalent of 7.7 to 9 million metric tons of CO2, when you consider that methane is about 22 times more potent than CO2 at trapping heat in the atmosphere. Methane emissions make up around 10 percent of total U.S. greenhouse gas emissions, with the oil and gas sector responsible for about a third of that figure.

When Obama laid out the the broad goals of a methane emission reduction plan in January, many climate hawks were skeptical. EPA’s goal of 40 to 45 percent cuts is decent, but even with the 2012 rules and the newly proposed standards, the agency estimates that we’ll only have reduced methane emissions by about 20 to 30 percent by 2025. The new regulations are part of a larger puzzle, but it’s the kind of puzzle that’s missing some pieces. Perhaps, like this reporter, the EPA ate them when it was younger.

In a press call on Tuesday, reporters pushed for clarification from Janet McCabe, EPA’s acting assistant administrator for the Office of Air and Radiation. She said:

When the [40 to 45 percent] goal was put out there, we did not identify every single step that would be needed in order to achieve that goal, and in fact, we reflected that there would be a number of steps that would be needed. EPA has proceeded in a stepwise way to put programs out … and as we move forward, additional opportunities will be identified in order to get to that goal. That doesn’t mean we have every last one of them identified at this moment.

Or, more directly: EPA doesn’t know how it’s going to meet its own goal.

And there’s another methane-leaking elephant in the room: existing and abandoned oil wells. Most of the regulations target new and modified wells, but the U.S. has somewhere on the order of 3 million abandoned wells, many of which are probably leaking methane. Many existing active wells are leaking, too. A 2014 Environmental Defense Fund study noted that by 2018, upwards of 90 percent of methane emissions from the oil and gas sector could come from wells built before 2012.

In response to the proposed rules, environmental groups expressed reserved praise but pointed out shortcomings. Friends of the Earth noted that the U.S. has a “serious problem” with existing and abandoned oil wells and argued that the final rules should address it. “The real solution to climate change is to leave fossil fuels in the ground and to clean up the abandoned wells that continue to poison our air.”

The EPA is now accepting public comments on the proposed rules, which are due to be finalized next year. If the agency hears enough complaints, maybe the rules will be expanded to crack down on existing wells, too.