Stop trashing the climate! EPA's new plan would crack down on landfills 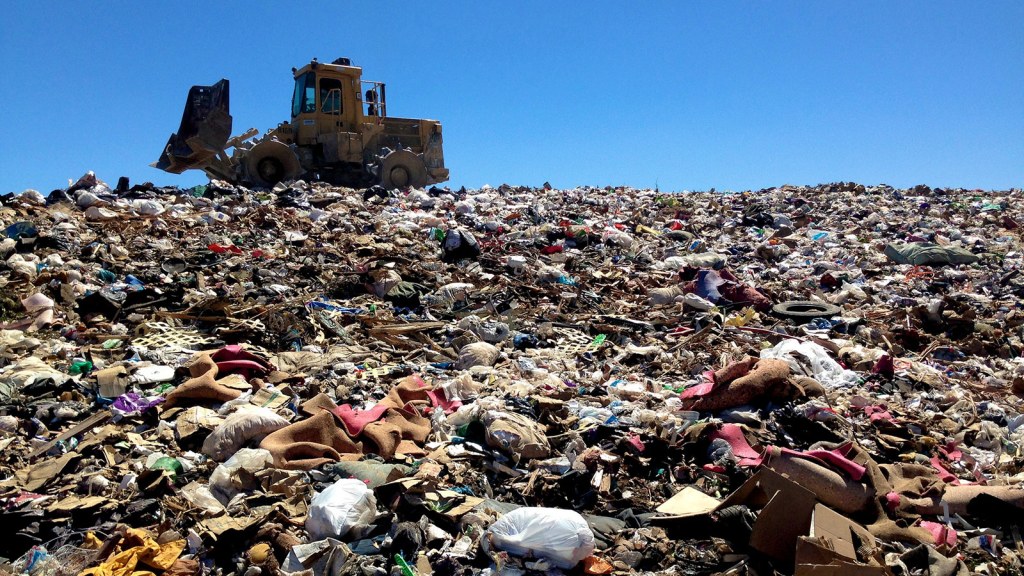 Stop trashing the climate! EPA’s new plan would crack down on landfills

Municipal solid waste — commonly known as trash, garbage, or Ke$ha — is under fire. (Not literally, of course, unless you live in Sacramento.) On Friday, the EPA released two proposals for curbing greenhouse gas emissions from landfills, with the goal of reducing methane emissions from garbage by one third.

The proposals, one for existing municipal solid waste landfills and the other for new ones, call for the installation or expansion of gas collection and control systems. Beginning in 2025, the rules could reduce methane emissions by 487,000 tons a year. Since methane is upwards of 25 times more potent than carbon dioxide in terms of its greenhouse gas potential, that’s equivalent to roughly 12.2 million metric tons of CO2, or the amount produced by 1.1 million homes, the EPA said in a statement.

Aside from serving as a stain on the environment, an efficient destroyer of ecosystems, and, you know, a literally fetid monument to the unholiest facets of consumerism, trash isn’t terribly offensive in its own right; at least not in terms of methane emissions. It’s when, in the name of efficiency, you bundle so much of it together and pack it tightly enough into the earth — so as to actually squeeze out the oxygen — that you have a problem. A lack of oxygen means that anaerobic bacteria enter the picture and start to decompose the subterranean waste mountains. The filth decays and the bacteria produce methane. A lot of it.

Methane emissions account for about 10 percent of total U.S. greenhouse gas emissions, with landfill methane emissions composing (decomposing?) about 18 percent of that figure. Aside from methane, landfills also emit air toxics like benzene and toluene. The EPA’s proposed regulations would also tackle these pollutants.

The regulations represent the newest chunk of President Obama’s Climate Action Plan. Earlier this month, the EPA revealed the final version of the Clean Power Plan, its rules for carbon emission cuts from power plants. The EPA is currently seeking public comment on the new methane rules, so if you think the landfill regulations are rubbish, now’s the time to let them know.