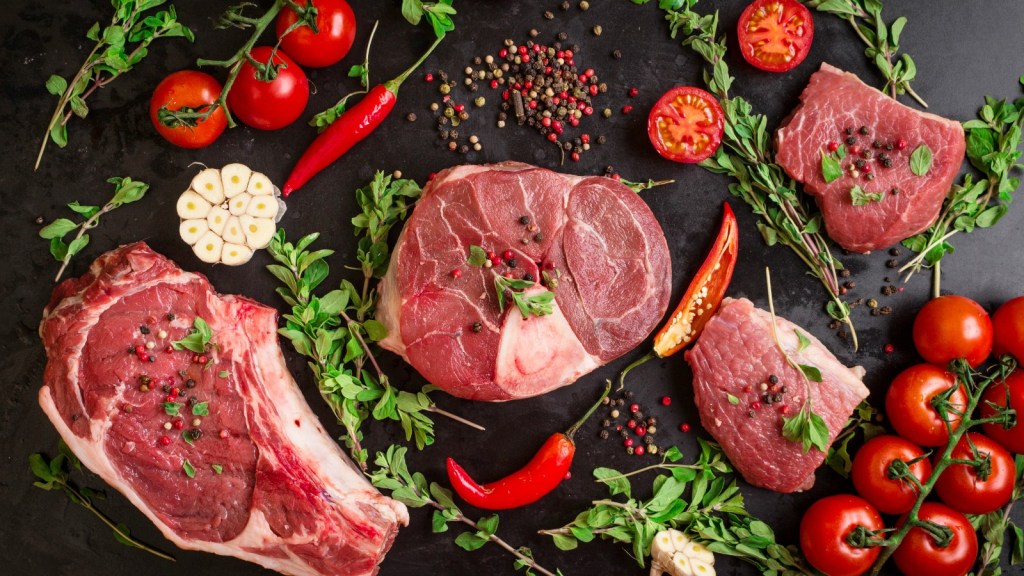 If the rest of the world ate like Americans, the planet would have run out of freshwater 15 years ago, according to the world’s largest food company.

In private, Nestle executives told U.S. officials that the world is on a collision course with doom because Americans eat too much meat, and now, other countries are following suit, according to a secret U.S. report titled “Tour D’Horizon with Nestle: Forget the Global Financial Crisis, the World Is Running Out of Fresh Water.”

Producing a pound of meat requires a tremendous amount of water because farmers use tons of crops such as corn and soy to feed each animal, which require tens of thousands of gallons of water to grow. It is far more efficient when people eat the corn or soy directly.

The planet is a on a “potentially catastrophic” course as billions of people in countries such as India and China begin eating more beef, chicken, and pork like their counterparts in Western countries, according to the 2009 report released by WikiLeaks and first reported by Reveal at The Center for Investigative Reporting in a cache of water-related classified documents. The Chinese now eat about half as much meat as Americans, Australians, and Europeans, a figure that continues to rapidly rise as more Chinese are lifted out of poverty and into the middle class.

Here are some of the takeaways, with key quotes from the secret report:

Global water shortages are just around the corner.

“Nestle thinks one-third of the world’s population will be affected by fresh water scarcity by 2025, with the situation only becoming more dire thereafter and potentially catastrophic by 2050.”

Major regions, including in the United States, are being drained of their underground aquifers.

“Problems with be severest in the Middle East, northern India, northern China, and the western United States.”

“Nestle starts by pointing out that a calorie of meat requires 10 times as much water to produce as a calorie of food crops. As the world’s growing middle classes eat more meat, the earth’s water resources will be dangerously squeezed.”

There’s plenty of water to feed everyone a diet that’s not so meatcentric.

“Nestle reckons that the earth’s maximum sustainable freshwater withdrawals are about 12,500 cubic kilometers per year. In 2008, global freshwater withdrawals reached 6,000 cubic kilometers, or almost half of the potentially available supply. This was sufficient to provide an average 2,500 calories per day to the world’s 6.7 billion people, with little per capita meat consumption.”

The American diet is eating the world dry.

“The current U.S. diet provides about 3600 calories per day with substantial meat consumption. If the whole world were to move to this standard, global fresh water resources would be exhausted at a population level of 6 billion, which the world reached in the year 2000.”

This is an even bigger problem now that other countries are eating like America and the global population’s set to grow by 2 billion by 2050.

“There is not nearly enough fresh water available to provide this standard to a global population expected to exceed 9 billion by mid-century.”

So what’s Nestle’s prediction for the future? Think “Mad Max” …

“It is clear that current developed country meat-based diets and patterns of water usage do not provide a blueprint for the planet’s future. Based on present trends, Nestle believes that the world will face a cereals shortfall of as much as 30 percent by 2025. [Nestle] stated it will take a combination of strategies to avert a crisis.”

Why is this the first time you’re hearing this from the world’s largest food company?

“Sensitive to its public image, Nestle has maintained a low profile in discussing solutions and tries not to preach … the firm scrupulously avoids confrontation and polemics, preferring to influence its audience discretely by example.”