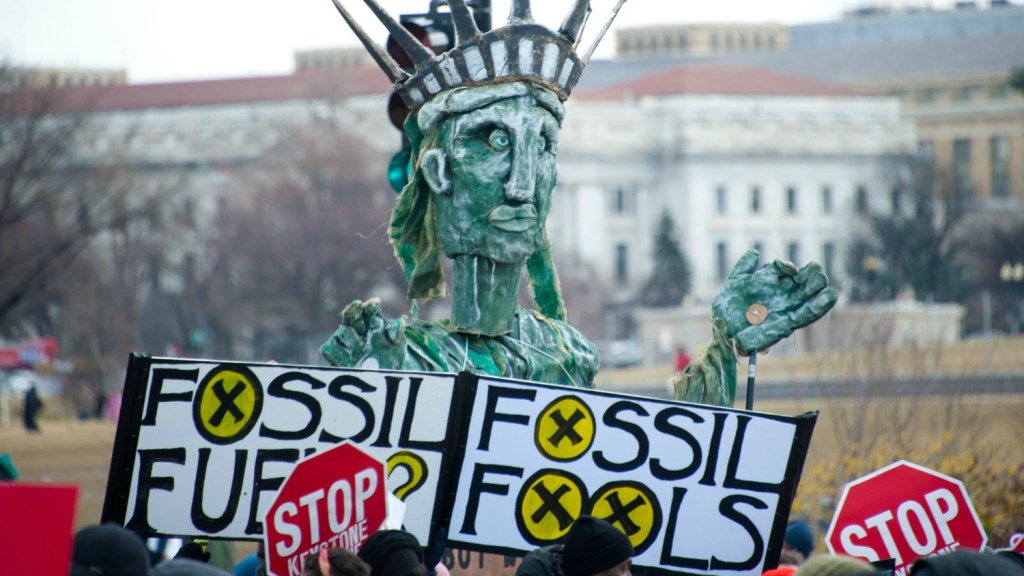 A lot of things are better when tapped at the source. Spring water. Maple syrup. Apple advice from the Genius Bar. So when the chief economist at the International Energy Agency warns that you might be making a bad energy investment, it’s worth listening up.

“Any energy company in the world, whatever they do – oil, gas, renewables, efficiency, coal – climate policies will impact their business,” said Birol. “So in order not to make the wrong investment decisions, in terms of making the investment decisions which may not bring the right returns, or in terms of missing investment opportunities, businesses may need to take climate policies and the impact for their businesses more seriously. Without solving the carbon [emissions] in the energy sector, we have no chance to solve the climate change problem.”

The World Bank and Bank of England have already warned of the serious risk climate action poses to trillions of dollars of fossil fuel investments and the G20 is investigating the risks. The think-tank Carbon Tracker has estimated that over $1tn (£0.6tn) of oil investments and $280bn of gas investments would be left uneconomic if the world’s governments succeed in their pledge to limit global warming to 2C.

Also known as stranded assets, these uneconomic investments arise when demand and price drop at the same time — exactly the effect predicted for fossil fuels as the world transitions to a low-carbon economy and regulatory environment.

The business case for fossil fuel divestment and clean energy and infrastructure investment has been made most recently by groups and publications like the New Climate Economy report, Risky Business (convened by billionaire environmentalist Tom Steyer, former New York Mayor Michael Bloomberg, and former Treasury Secretary Hank Paulson), and the We Mean Business coalition. You wouldn’t invest in compact discs after witnessing the rise of the iPod, the argument goes. Why invest in fossil fuels when we’re on the edge of a clean energy revolution?

More, from The Guardian:

Professor Frank Geels, from the University of Manchester, told the Paris conference that many technological transitions involve “creative destruction”, with new businesses replacing old ones.

“But we have not focused enough on the destruction part. The fossil fuel companies are some of the most powerful companies in the world and it is going to be very difficult to persuade them to keep it in the ground, but not impossible,” he said. “In many transitions you need to compensate the losers, or they will fight tooth and nail.” Geels cited the example of the Dutch government paying for workers in closing coal mines to be retrained.

Persuasion, compensation, destruction. It’s true that turning the tide is no easy task, but as fossil fuel divestment momentum builds, it will only get easier.

And on the off-chance that you were hinting at creative destruction in “Wrecking Ball,” here’s to you, Miley.