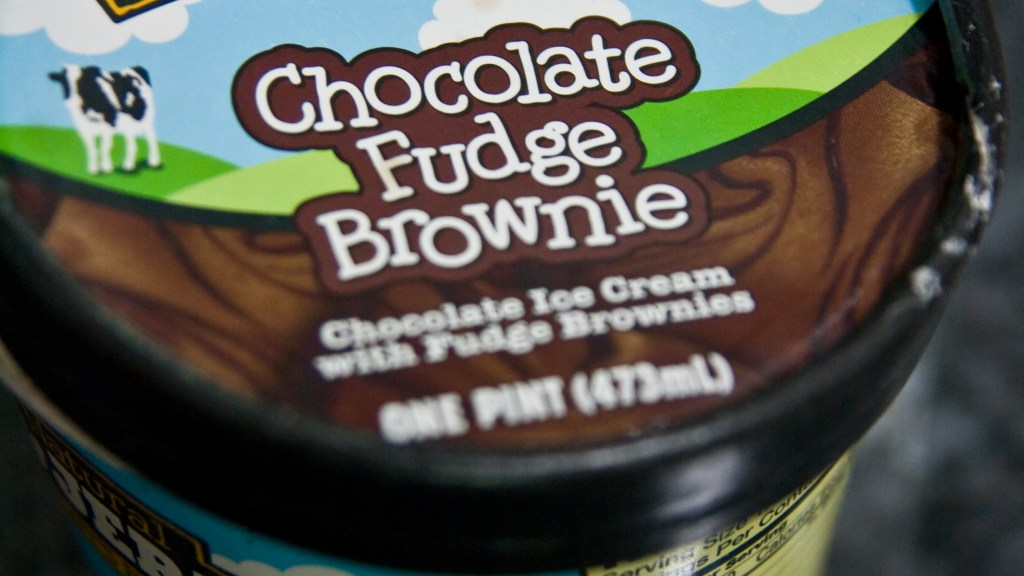 Ben & Jerry’s co-founder and the man to thank for satisfying all your late-night sugar cravings, Jerry Greenfield, announced that the company is joining Oregon’s fight to label GMO foods. The company has rebranded the Chocolate Fudge Brownie flavor as “Food Fight Fudge Brownie” in solidarity with the movement. It’s the same old flavor, but now with a pleasant aftertaste of food activism! Mm-mm!

This is the second go-round of Ben & Jerry’s flavor rebranding for the GMO labeling cause. Earlier this year, Vermont passed a law requiring GMO labeling, but it was met with opposition from Big Food manufacturers. To defend the cause, Ben & Jerry’s donated $1 from every purchase of the newly christened “Food Fight Fudge Brownie” made at two Vermont scoop shops in the month of July to the state’s Food Fight Fund.

The Oregonian released this video of Jerry’s great unveiling in an Oregon scoop shop:

Is GMO labeling the key to solving an industrialized food system? Well, probably not. But when a well-known brand sticks up for consumer rights and food industry transparency, we think it deserves a nod of approval.

When voting opens on Nov. 4 in Oregon, we’ll wait and see if the flavor works its sweet, sweet magic on the ballots. That is, if midnight snackers actually read the label on the container before attacking it with a ladle.