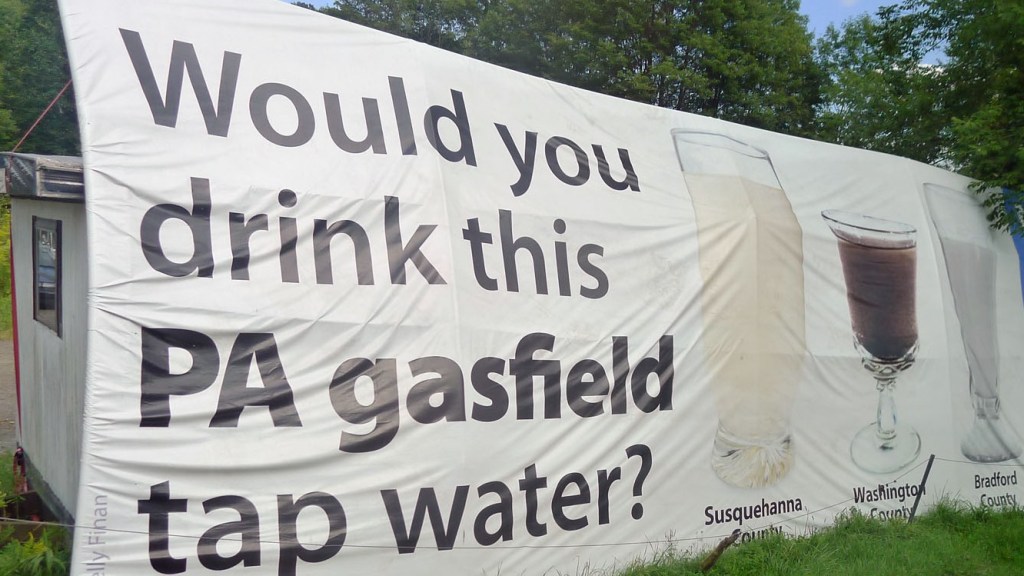 Robinson Township in western Pennsylvania is home to a couple thousand residents and about 20 fracked wells. In a resounding victory for common sense and for local governments throughout the state, residents there and in six other towns won an epic court battle last week that will give them back the right to regulate or even evict the fracking operations in their midst.

The Pennsylvania Supreme Court on Thursday struck down elements of a state law that had prevented local governments from regulating fracking activities. The Philadelphia Inquirer reports:

The long-awaited decision is a blow to a 2012 law known as Act 13 that was promoted by [Gov. Tom Corbett (R)] and the Marcellus Shale natural gas industry as a means to create a uniform statewide standard for gas development.

By a 4-2 vote, the court ruled that the zoning provisions in the law were unconstitutional, though the court disagreed on the grounds for striking down the law.

“The bottom line is that the majority of the court agreed that Act 13 is unconstitutional, and that local governments can zone oil and gas drilling like they do other activities,” said Jordan B. Yeager, a Doylestown environmental lawyer who argued the case on behalf of several municipalities.

“We must not allow today’s ruling to send a negative message to job creators and families who depend on the energy industry,” Corbett said in a statement. “I will continue to work with members of the House and Senate to ensure that Pennsylvania’s thriving energy industry grows and provides jobs while balancing the interests of local communities.” …

“We are stunned that four justices would issue this ruling, which will so harshly impact the economic welfare of Pennsylvanians,” State Senate President Pro Tempore Joe Scarnati (R., Jefferson) and House Speaker Sam Smith (R., Jefferson) said in a joint statement. They said the ruling likely would increase natural gas prices and cost “a multitude” of jobs.

The claim that giving local governments the right to control drilling operations within their borders will “harshly impact the economic welfare” of the state’s residents is, of course, obnoxious and false. But, then, we have become depressingly accustomed to hearing such lies from frackers and from the politicians who promulgate their talking points about economic booms and jobs.