Gas company: No need to frack outside London; regular old drilling will do 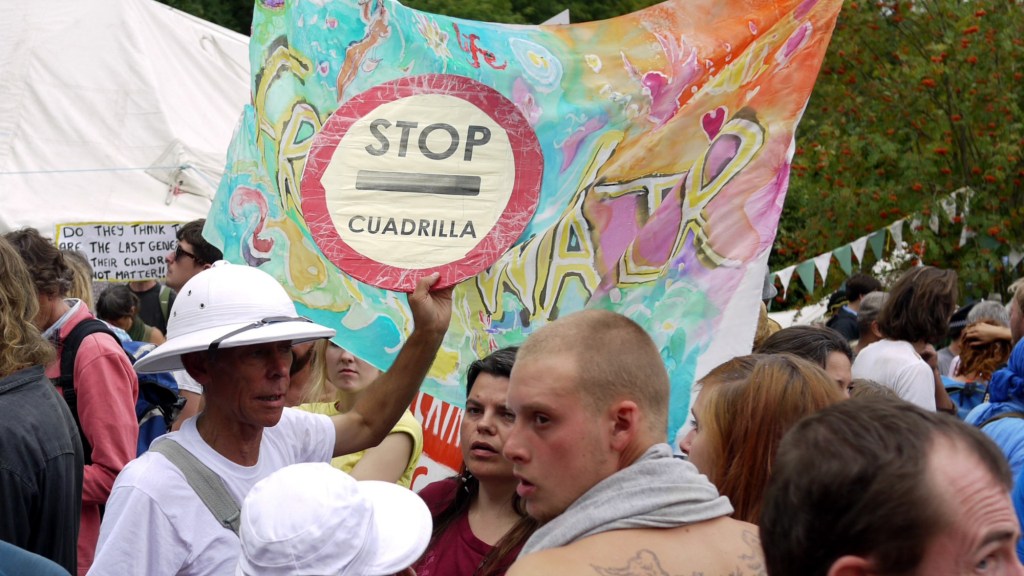 Gas company: No need to frack outside London; regular old drilling will do

The results of exploratory gas drilling near London are in, and they would seem to be wonderful news. It appears that Mother Nature broke up the rock before the frackers could get their chemical-tainted hands on it. But locals fear it’s just a ruse.

The exploratory well, drilled by energy company Cuadrilla in the village of Balcombe, 35 miles south of London, is one of Europe’s first forays into fracking. That’s where residents clashed with police during protests over the summer.

“Based on our analysis of the samples we obtained from the exploration well, we can confirm that the target rock underneath Lower Stumble is naturally fractured,” Cuadrilla told village residents in a recent letter. “The presence of these natural fractures and the nature of the rock means that we do not intend to hydraulically fracture the exploration well at Lower Stumble now or in the future.”

The bad news, though, is that now the company is investigating whether it could just drill using more conventional approaches.

Oh, and there’s that whole thing with frackers habitually lying and obfuscating the facts. And that’s what some residents worry that Cuadrilla is doing right now.

“Cuadrilla and the government will do anything they can to remove the ‘fracking’ word from any future exploration,” village resident Juliette Harris told the West Sussex County Times. “With a 30-year lease signed with the Balcombe Estate, fracking is clearly their intention. Whatever they wish to call their activities, Cuadrilla have no social license to be in our community. The protest is alive and kicking.”