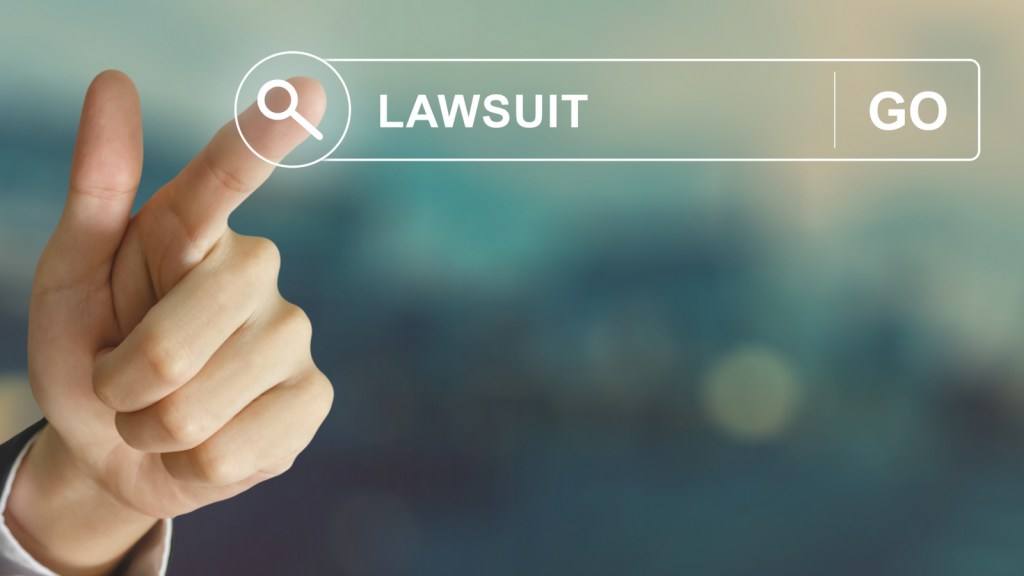 Shutterstock
Waiting for the other sue to drop

Can climate change victims sue climate polluters and win? They haven’t been successful thus far. Suits decided in federal courts in the U.S. in recent years have failed. But some legal experts think they could fare better in state courts.

Attorney Matt Pawa represented the Alaskan town of Kivalina in a lawsuit it filed in federal court in 2008. The town of 400 indigenous residents is being devastated by climate change and needs to be relocated at an estimated cost of $100 million, so it sued two dozen oil, coal, and utility companies for damages. A U.S. district court dismissed the case in 2009 on the grounds that the Clean Air Act’s regulatory power over air pollution displaces citizens’ rights to sue over such pollution in federal court, and in 2012 an appeals court upheld that dismissal.

But Pawa is confident that similar litigation will happen at the state level. “Kivalina was under federal law and the court explicitly left open the door to state cases,” he says. “There are lots of cases that can and will be brought.”

Andrew Gage, a lawyer with the West Coast Environmental Law Center in Vancouver, Canada, also believes that state- and province-level courts could be more receptive to climate damage cases. He has drafted model legislation that U.S. states and Canadian provinces could pass to make sure such suits can go forward smoothly. Gage is careful to say that he believes climate change lawsuits are viable under current Canadian provincial law, but this legislation could help ensure greater consistency in court rulings.

“The model Climate Compensation Act is based on existing legal principles,” says Gage — specifically, common-law principles. Canadian and U.S. civil law tends to be fairly similar regarding “public nuisances” such as pollution, he says, and it tends to adapt similarly to new problems like climate change. He cites the example of lawsuits against tobacco companies: They started in the 1990s with the state of Florida amending one of its laws to enable the state to sue tobacco product manufacturers for the health-care costs resulting from smoking. Not only did a number of U.S. states follow suit, but three Canadian provinces as well.

States and provinces that want to ease the way for climate lawsuits could pass bills along the lines of the ones that enabled tobacco lawsuits, specifying that citizens and local governments can bring claims for climate-related damages. The model legislation “clarifies what level of emissions are needed so that you can sue and what types of recovery a government or individual can claim,” Gage explains. Climate damage cases will surely be coming to state courts, and this kind of legislation could help prevent conflicting and confusing rulings.

In addition to planning for lawsuits in state and provincial courts, legal advocates for climate change victims are pursuing other strategies that could help make quests for damages successful. They are figuring out how much blame for climate change can be placed on individual fossil fuel companies, how much information companies had and concealed about climate change in the past, and to what extent individual weather events and disasters are caused or worsened by climate change.

It won’t be easy

Still, pursuing climate damage lawsuits will be an uphill climb. Consider, say, the situation of a hurricane victim in a coastal community where hurricanes have always occurred but are now growing stronger because of climate change. Can the victim demonstrate that she’s been harmed enough by fossil fuel companies to have “standing,” or the right to sue? “I think these theories are extremely, extremely hard,” says Abigail Dillen, Earthjustice’s vice president of litigation for climate and energy. “People can barely even prove they have standing in cases like Massachusetts v. EPA,” she says, referring to the 2007 case in which the Supreme Court ruled that greenhouse gases are pollutants that should be regulated.

And if oil companies are culpable, what about the drilling-services companies that helped extract the oil, the rail companies that shipped the crude, and the refiners that turned it into gasoline? How about the automakers that built the cars that burned the oil, the dealerships that sold those cars, the governments that built the highways? How about the big-box stores like Walmart and the construction companies that thrive on sprawl? “It’s an intrinsically unmanageable case because there’s no limit to the number of plaintiffs and there’s no limit to the number of defendants,” says Michael B. Gerrard, an environmental law professor at Columbia Law School. “If they sue the biggest fossil fuel companies, they will sue 10 other companies each because of the supply-chain issue.”

But Pawa is not discouraged. “The oil and coal companies were the ones who knew that when they produced this fuel, that when it was used exactly as intended, that it would contribute to global warming with massively injurious consequences to many people,” he says. If courts held that greenhouse gas emitters were “jointly and severally” liable, that would mean fossil fuel companies were still fully on the hook for climate change even if other companies were too.

Ultimately, lawyers like Pawa and other experts anticipate that the fast-evolving field of climate damage litigation will provide some relief for victims of climate change, and state-level suits could be a key part of that effort.

As advocates of the dispossessed have known since at least the civil rights movement, sometimes the courts give a better approximation of fairness than the paralyzed political process. That’s why they call it the justice system.