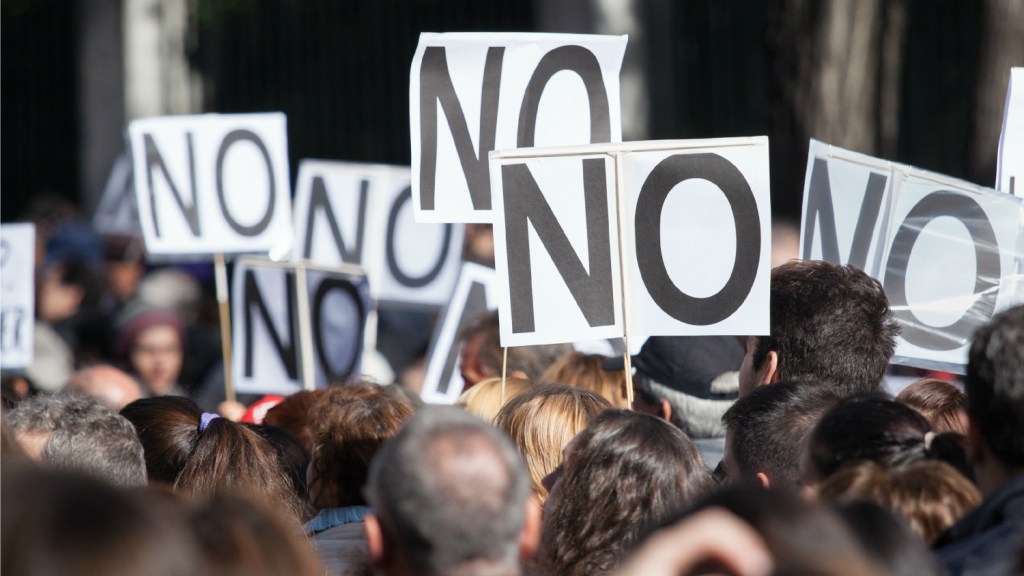 Too many liberals try to win the approval of conservatives instead of trying to win fights. Conservatives never make the parallel mistake; they just attack the other side and push hard for their goals, and often they win despite vociferous liberal objections.

In a piece published in Grist last week, climate activist and writer George Marshall argues, “The issue of climate change is far too large to be addressed without a near total commitment across society” — including commitment from conservatives. But he’s wrong.

Let’s examine some of Marshall’s claims, which I’ve put in my own words in bold and italics, followed by a quote from him:

• It is a pragmatic necessity to incorporate conservatives into the climate movement.

After considering such surveys, Marshall concludes that we can’t make climate progress without conservatives on board. It’s true that more Americans self-identify as conservative than liberal, although that gap is shrinking and there are almost as many moderates as conservatives. Moderates plus liberals vastly outnumber conservatives — 58 percent to 38 percent, according to Gallup.

Also, many Americans who self-identify as conservatives or moderates are in practice liberals, which helps explain why Democrats have won the popular vote in five of the last six presidential elections. Polls show that most Americans actually agree with liberals on most major issues, especially climate change. According to a recent poll from Stanford and The New York Times, two-thirds of the public and half of Republicans support government action to reduce climate pollution.

That’s more than enough popularity to advance a climate change action agenda. Many successful liberal movements, such as those for civil rights and marriage equality, have had less widespread public support — they’ve been led exclusively by liberals.

Since the New Deal era, progressive reforms are typically enacted when Democrats control the levers of power and the reforms enjoy support from an overwhelming majority of Democrats, most independents, and a large minority of Republicans. This happens to be exactly how climate change now polls.

The current problem is that Democrats don’t control Congress, thanks to voter suppression, gerrymandering of House districts, and the rural bias of the Senate. That rural bias also means that even when Democrats do hold the Senate, pro–fossil fuel senators are overrepresented and can use the filibuster to stymie progress. Absent the filibuster, the cap-and-trade bill passed by the House in 2009 would probably have passed the Senate and now be law. Next time Democrats take control of the Senate, they should just eliminate the filibuster and that problem would be solved. That would be a lot easier than trying to win over conservatives.

And the way to round up more congressional votes isn’t through conservatives, who will be the least likely to get on board, but through raising the intensity among moderates and liberals who already care about climate change. More grassroots lobbying from them would help ensure that any blue-state Republican or purple-state Democrat is a guaranteed vote for carbon regulation.

• It is climate activists’ own fault that their movement doesn’t appeal to conservatives.

Marshall: “Unfortunately, one of the dominant values in the climate movement is a disregard, if not outright contempt, for the right-leaning mainstream and their concerns. Activists often talk with disgust of the ‘selfishness,’ ‘greed,’ and ‘stupidity’ of conservatives.”

One could write a whole piece on the absurdity of blaming the climate movement, instead of the fossil fuel industry and its conservative lackeys, for making climate change politically polarizing.

That aside, Marshall is badly mistaken about politics if he thinks that it is necessarily ineffective to label something stupid. That’s how you raise the cost of saying something stupid, like denying the overwhelming scientific consensus on climate change. Do it enough, and you see Republican politicians shrinking from outright denial and retreating to the embarrassing “I’m not a scientist” dodge. Keep it up until they are afraid of looking backwards, of being on the wrong side of history, and the ones from moderate states and districts will flip, just like they have begun to on gay marriage.

• Conservatives can be won over.

Marshall: “We know how to change this. We’ve got previous experience with building diversity, whether it be economic, gender, or race: Actively hire new people from the underrepresented group who can work through their networks, then enable them to develop communications that speak to others like themselves using their own values.”

Racial minorities have become active in the climate movement because most of them are liberal, and most liberals care about climate change. There are, however, no liberal conservatives.

Despite the fact that Marshall doesn’t think you should call conservatives stupid, he seems to take them for suckers: He thinks they are so naive that their views on climate change could have been swayed if a few token conservative ranchers who oppose Keystone XL had been put at the front of last fall’s big People’s Climate March. That’s kind of like conservatives’ condescending fantasy that putting Sarah Palin on the Republican presidential ticket would make women vote for John McCain. Keystone opponents have, in fact, highlighted the ranchers in events like last year’s “Cowboys and Indians” rally on the National Mall in Washington, D.C. There is no indication that it moved any Republicans to oppose the pipeline.

The fact that some Nebraskan ranchers are fighting Keystone doesn’t prove that climate action will easily appeal to conservatives; in fact, it demonstrates why it won’t. Conservatives, like liberals, have beliefs, and while rejecting science may not be intrinsic to them, rejecting regulation and taxation is. Economic conservatives are often motivated by their perceived economic self-interest, even if they call it “limited government.” When it comes to climate and energy, that typically means conservatives care most about cheap energy. Their calculation changes when a pipeline threatens their land and livelihood, as is happening to ranchers in Nebraska who don’t want Keystone coming through their communities. But unless you expect pipelines to go through most conservatives’ property, this gives us no reason to think conservatives are amenable to climate action.

There are a smattering of conservatives who favor climate action, like former Rep. Bob Inglis (R-S.C.). He was ousted by a right-wing primary challenge in 2010, in part because of his support for a carbon tax. So it seems that converting the occasional conservative politician on climate change just makes him persona non grata among other conservatives, rather than turning more conservatives into climate hawks. Inglis now runs an organization that advocates for conservative solutions to climate change, and though it’s gotten some good press, it doesn’t seem to have traction among actual conservatives. (And if Inglis had been hired by some progressive climate group, instead of setting up his own shop, you can be sure that he would have had even less success at convincing conservatives.)

Conservatives are a majority in name only. They win on self-identification because they have stood firmly for their principles and confidently boasted of their ideology instead of running from it. Liberals should do the same thing — assertively fight for their agenda, including climate action, no matter who opposes it.