How much is climate change going to cost us? 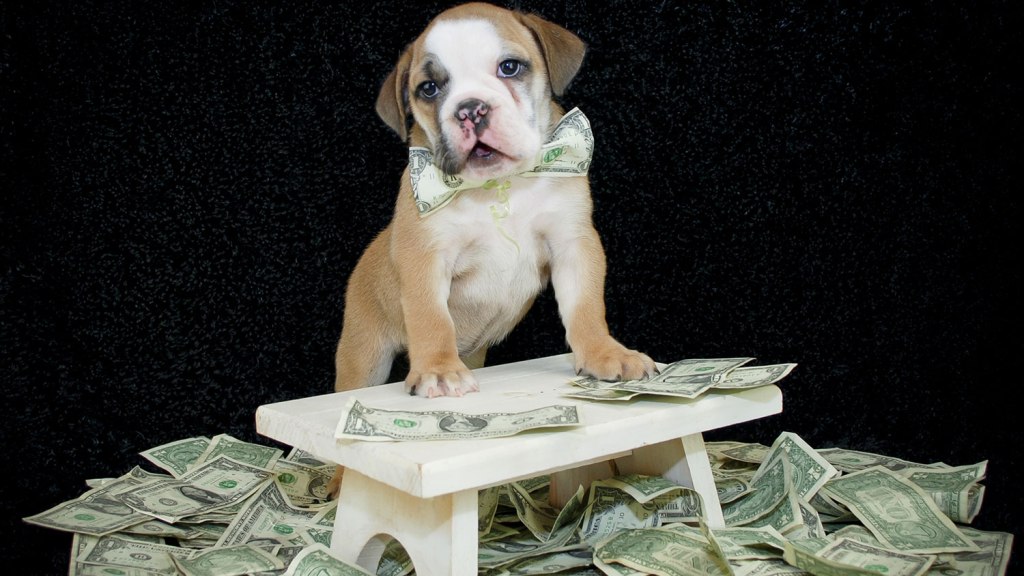 How much is climate change going to cost us?

How much is climate change going to cost us? How much is it worth to avoid it? How do we figure that out?

Well, first we develop models in the physical sciences that show how biophysical systems will react to changing levels of atmospheric gases. Then we feed that data into economic models, usually Integrated Assessment Models (IAMs), to project the economic cost of a given change in temperature.

It’s a dice-y undertaking. (You’ll get that joke later.) The physical-science models have their challenges, but they have a lot of historical data against which to test their projections. As they get better at “backcasting,” we have more confidence in their forecasting. They can pin down their probability ranges pretty well, especially at longer time scales.

Economic models are a different animal altogether. They grapple with forces — economic growth, demographic changes, technology development — that are difficult to predict even a few years out, much less 10, 50, or 100. There’s a good case to be made that the models we use to assess future climate damages are mostly reflecting our assumptions back at us. Nonetheless, they are what the climate community uses to produce advice and scenarios for political leaders.

That matters. Despite the multiple converging catastrophes described in the physical-science models, the economic models offer up incongruously small projections of damages from climate change, frequently not enough to justify the aggressive mitigation many climate hawks favor.

Those small damage projections are the basis of the more sophisticated sort of climate skepticism, the Lomborg/Manzi version, which says: yes, climate change is a problem, but the damage it is projected to do is much smaller than the damage of other, more immediate problems like disease and hunger, so at least at present it is not worth paying very much to avoid it.

This perspective was well-summarized in a recent piece by climate economist Richard Tol. His argument, in a nutshell, is that climate damages will accumulate in the long term, so it is worth taxing carbon at a relatively low level to begin the shift away from fossil fuels, but it is not worth aggressive or “war time” measures (he is particularly irritated by renewable energy subsidies). If we’re aggressive on carbon, we’ll end up paying more for mitigation than it’s worth and shortchanging other areas where the same spending could produce more human welfare (say, clean cookstoves, malaria nets, or cheap generic drugs).

This position is premised on low damage projections from IAMs. After a long introduction all about the uncertainties involved and the difficulty of projecting impacts, Tol more or less accepts the IPCC’s projections:

The current evidence, weak and incomplete as it may be, as summarized by the Intergovernmental Panel on Climate Change, suggests that moderate warming—say, what we might expect around the year 2075—would make the average person feel as if she had lost 0.2 to 2.0 percent of her income. In other words, a century worth of climate change is about as bad as losing a year of economic growth.

As you can see, even if that estimate is off by a few notches either way, it’s not that big a deal. Events like financial crises and wars affect incomes far more than that on a much shorter-term basis. By this reasoning, if we sacrificed more than 0.2 to 2.0 percent of our incomes by 2075 trying to mitigate climate change, we’d be squandering money we could have spent helping poor people more.

So what about those IAMs, anyway? As I’ve discussed many times before, there are all sorts of contestable assumptions built into them (see, e.g., discount rates). Tol, however, says that contesting those assumptions is not real economics:

This is a hilarious bit of econo-narcissism, as though the values embedded in economic models are objective or scientific, while alternative values are little more than touchy-feely moralism.

But whatever. Are there other, less touchy-feely reasons to think IAMs are substantially underestimating the “social cost of carbon,” i.e., the economic value of avoiding a ton of carbon emissions?

Yes there are, according to a new bit of research in Nature Climate Change from Stanford scholars Frances Moore and Delavane Diaz. Let’s back up a bit. (Yes, I realize we’re already 1,000 words down a wonk rathole, but let’s back up a little more anyway!)

In other words, an exogenous variable is something you plug into the model, not an outcome of the dynamics within the model.

So what does it mean for GDP growth to be treated as exogenous in economic models? It means that growth cannot be systematically affected by endogenous variables like, say, temperature — by definition, in these models, climate impacts cannot affect the rate of GDP growth. Climate impacts might subtract something from total economic output, but they do not alter the rate or trajectory of growth.

This is an extremely significant assumption, to say the least. Impacts on economic output are one-time things, but even a small impact on the rate of economic growth can produce large effects, say Moore and Diaz:

because each temperature shock has a persistent effect that permanently lowers GDP below what it would otherwise be. Continued warming therefore has a compounding effect over time, so that even very small growth effects result in much larger impacts than the traditional damage formulation. [my emphasis]

OK then, sounds serious. Do we have reason to think that climate impacts do affect growth rates? According to Moore and Diaz, a growing body of empirical evidence supports that case and is narrowing in on the mechanisms through which it works:

Examples of pathways by which temperature could affect the growth rate of GDP include damage to capital stocks from extreme events, reductions in TFP [total factor productivity] because of a change in the environment that investments were originally designed for, or slower growth in TFP because of the diversion of resources away from research and development and towards climate threats. Empirical evidence that these impacts exist is mounting.

Moore and Diaz set out to incorporate these effects into an IAM, specifically the widely respected DICE model. They drew data from this research, which finds, in their words, “large, statistically significant negative effects of hot temperatures on growth rates in poor countries, smaller effects in rich countries, and mixed effects on output.”

Since the sensitivity of rich countries to damages is lower, running the model this way didn’t make a large difference for them. But it made a huge difference for poor countries: “The average annual growth rate in poor regions is cut from 3.2% to 2.6%, which means that by 2100 per-capita GDP is 40% below reference.”

Given this, what kind of mitigation policy maximizes “global discounted social welfare”?

[O]ptimal mitigation in [the tweaked version of DICE] consists of eliminating emissions in the very near future to stabilize global temperatures below 2◦C above pre-industrial. Even optimistic assumptions about temperature effects on GDP growth … lead to more stringent near-term mitigation … and elimination of emissions by 2070.

In a sense, this restates what we already know: Rich countries could do all right with slow mitigation because they are relatively robust in the face of climate impacts, but it would be devastating to poor countries. Aggressive mitigation is justified because of the threat to poor countries. (This tells you a lot about the politics of the issue.)

Suffice to say, if the U.S. government started using $220 as the social cost of carbon, it could justify much more aggressive policies. Maybe even renewable energy subsidies.

Now, a final wrinkle, relevant to stuff I’ve written about here before. While Moore and Diaz are clear that the higher social cost of carbon is robust to different modeling assumptions, the proper trajectory of mitigation policy is another matter entirely, as it also depends on a number of other factors, including the sensitivity of economic growth to temperature rise.

So why, exactly, are poor countries more sensitive to changes in temperature? There are two possible explanations.

One is that high sensitivity may result from biophysical temperature thresholds, beyond which warming becomes particularly damaging. As poor countries are, on average, hotter than rich countries, they are exposed more frequently to damaging temperatures and therefore show higher sensitivity to temperature. Under this mechanism, the sensitivity of rich countries would increase as they warm. Alternatively, higher temperatures may be more damaging in poor countries because their economies are reliant on climate-exposed sectors such as agriculture and natural resource extraction, or because risk management options such as insurance or air conditioning are not as widely available. In this case we would expect the sensitivity of poor regions to warming to decrease as per-capita GDP increases.

The researchers did model runs incorporating both theories. Long story short, the temperature theory still implies aggressive, near-term mitigation. The resilience theory implies lots of mitigation up front, then easing off a little as poor countries get richer, then going aggressive again. (The way DICE treats mitigation is unrealistic in several ways, but let’s not get off course.)

But the remarkable fact, to me, is that we just don’t know which theory is true. We don’t know what mix of lower carbon and higher GDP produces optimal welfare, even directionally, much less with any precision. This makes it virtually impossible to determine how best to address, say, energy access. On this, as on so much climate-related, we are groping in the dark.