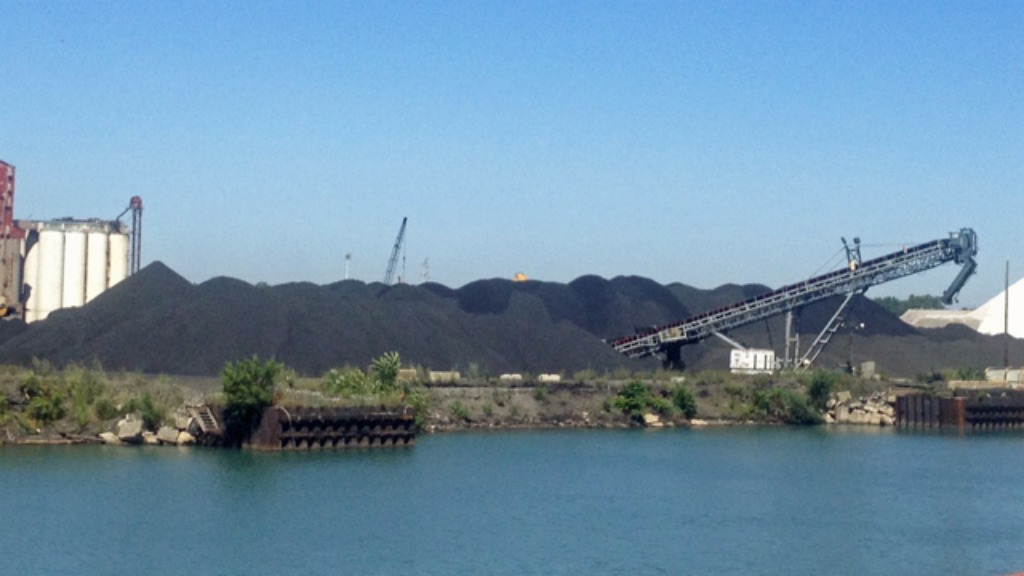 Last month, Chicago proposed rules that would crack down on big, filthy, uncovered piles of petroleum coke , or “petcoke.” Now the state of Illinois is following suit, though its process isn’t moving along as quickly as Gov. Pat Quinn (D) had been hoping.

Residents of Chicago’s Southeast Side have been complaining for months about looming deposits of petcoke, a byproduct that piles up as refineries process growing amounts of Canadian tar-sands oil. The petcoke blows up from piles along the Calamut River and contaminates nearby homes and neighborhoods, spurring worries about health problems.

As the Associated Press reports, “Quinn proposed rules last week to require terminals that store the petcoke to immediately install dust-suppression systems and prevent storm water runoff. He also wanted operators of petcoke and coal terminals throughout Illinois to fully enclose piles within two years.” And he told the Illinois Pollution Control Board that he wanted these requirements pushed through as emergency rules.

Unsurprisingly, the companies that would like to continue lazily adding to their uncovered petcoke piles cried foul. “The Emergency Rulemaking does not meet the legal standard of ’emergency,’” wrote attorneys for Kinder Morgan Terminals in a filing opposing the new state rules. “The Board is not permitted to bypass the regular rulemaking procedures unless a true emergency situation exists.”

This week, the pollution control board sided with the polluters. From the AP again:

An Illinois pollution panel on Thursday rejected proposed emergency rules to control piles of petroleum coke along Chicago shipping channels, saying Gov. Pat Quinn and the Illinois Environmental Protection Agency failed to prove there was an imminent threat to public health and safety. …

[I]ndustry officials called Quinn’s action “regulatory overreach” because Chicago’s health department and aldermen already have proposed rules and petcoke handlers have taken steps to prevent the material from blowing around again. Plus, at least one handler already has said it’s willing to build structures to enclose its piles.

Oh, well, if a single handler claims it is willing to voluntarily enclose its nasty piles, then there’s really no emergency — and no need for any new rules. Right?