Is this pipeline company ready for some whale hazing? 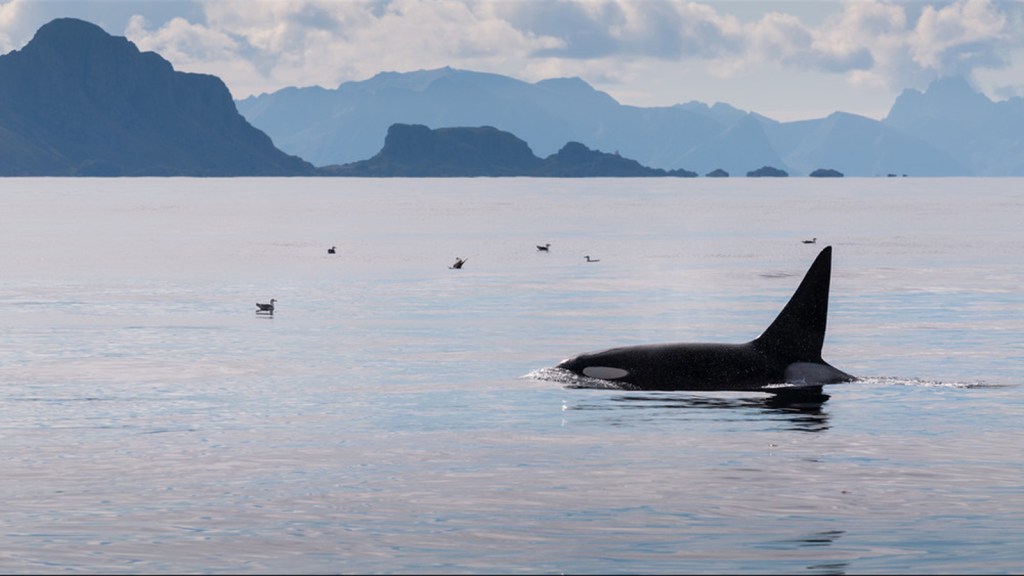 Is this pipeline company ready for some whale hazing?

The pipeline situation in Canada has been contentious for a while. But now, it’s getting positively weird. In the latest twist, the energy giant Kinder Morgan is proposing a novel wildlife protection scheme. If a pipeline expansion that boosts oil exports out of Vancouver leads to a massive new spill, Kinder Morgan says it knows just what to do: It will spook the whales.

Canada, pipeline-wise, is starting to look a lot like the U.S. It has become a place where putting in a new pipeline is so controversial that the most expedient thing is to take an old one and make it bigger. For example: one new pipeline, the Northern Gateway, is facing a cavalcade of legal challenges and protests.

Under these circumstances, a 1950s-era piece of infrastructure like the Trans Mountain Pipeline — which follows a route similar to Northern Gateway’s, out of the Alberta tar sands to the west coast, where an oil terminal, tankers and the energy markets of Asia await — looks pretty good.

Enter the whales. When Kinder Morgan, the company that owns Trans Mountain, drew up a proposal to triple the pipeline’s capacity, people took note. The Vancouver of today is more environmentally inclined than the Vancouver of 60 years ago, and while a bigger pipeline might mean more money, it would also mean several hundred more oil tankers powering into the Port of Vancouver, passing right through popular whale migration (and whale watching) spots.

Whales! They’re clever about some things. They’ve shifted when they migrate, some scientists suspect, as a way of adapting to climate change, and they’ve changed their migration routes, possibly because 1982’s moratorium on commercial whaling made it safer to travel closer to the shoreline.

What they don’t seem to be so smart about is avoiding oil spills. Why? No one knows for sure, but it may have something to do with how — unlike sharks — cetaceans have a lousy sense of smell.

In the months following the 1989 Exxon Valdez spill, there were numerous sightings of gray whales, porpoises, and orcas swimming right through oil slicks instead of attempting to avoid them. A 2008 study that looked at 21 years of orca migration in the years before and after the spill found that mortality rates for orcas spotted at the site were significantly higher than average. Another paper published in the Journal of Cetacean Research Management in 2002 noted higher-than-usual numbers of dead whales near Valdez at the time of the spill (though some argued that this was because so many people were out on the water looking for dead whales that it skewed the data).

Researchers also noted that gray whales regularly swim through even predictably oily patches of water, like the naturally occurring underwater oil seeps near Santa Barbara (though some of them seemed to be holding their breath). The paper concluded that while petroleum products did not seem to be great for whales, further research was going to be a long time coming, since “funding for studies related to oil and gas impacts on marine mammals” had “diminished significantly in recent years.”

Last month, the Department of Ecology for the state of Washington asked Kinder Morgan how the company planned to deal with whales if a spill happened along the coastline. Kinder Morgan’s response? Throw a big frat party in the ocean to convince them to leave.

Among the tactics listed for trying to chase the whales away: sending in boat traffic; shooting fire hoses; flying helicopters by; using hollow pipes to make clanging noises; and setting off low-frequency “seal bombs” or firecrackers underwater (so that whales can hear trouble, even if they can’t smell it).

These tactics, known as “hazing,” definitely scare away non-whales, and seem to annoy whales into leaving, sometimes. But the predictability of their effectiveness remains something of a mystery.

“I am unaware that any whale hazing techniques have been, or will be, scientifically tested on actual whales,” Don Noviello, an oil spill response specialist at Washington State’s Department of Fish and Wildlife, told the Globe and Mail. Or, as Kinder Morgan cautioned in its report on its hazing plans: “No single deterrence technique will work in all situations.”

Kinder Morgan doesn’t have the history of spills that a pipeline company like Enbridge has. But still, its expansion plans are drawing ire.

The town of Burnaby, along Trans Mountain’s route, is resisting the expansion, to the point of not allowing Kinder Morgan employees onto public lands inside the town for site surveys. Even the U.S. EPA is annoyed by the project, to the point where the Canadian business pages are writing about how the expansion, which seemed like a slam dunk, is looking less certain.