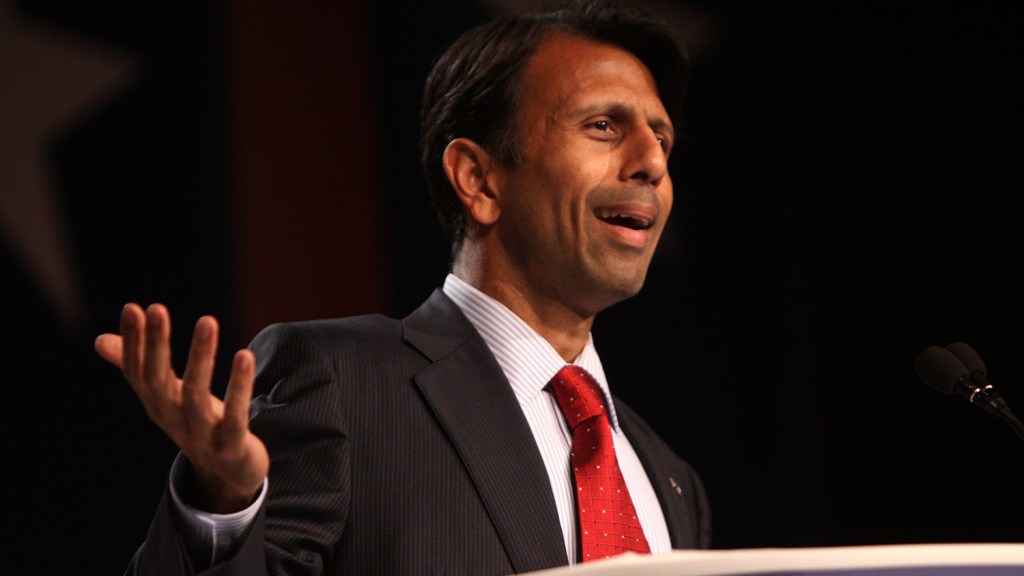 Bobby Jindal — Louisiana governor and GOP presidential candidate with far less chance of winning than even Ben Carson — has a special request for President Obama ahead of his visit to New Orleans to mark the 10-year anniversary of Hurricane Katrina: Don’t talk about climate change.

Unfortunately for Jindal, the visit is part of Obama’s 11-day climate change tour of America, which is taking him from the Clean Energy Summit in Las Vegas to a three-day tour of melting stuff in Alaska.

The White House has said that in New Orleans, the president will talk about the “need for the federal government, and in communities all across the country, to make the kinds of investments in resilience so that our communities can better withstand stronger tornadoes, more violent hurricanes, more widespread wildfires, those kinds of things.”

Jindal, however, is not pleased that Obama might mention the “c” word when talking about disasters. In a letter to the president, Jindal — whose most ambitious move in the presidential race thus far has been trying to convince voters that he’s not Indian-American, he’s just tan — welcomed Obama to his state, and then asked him to not mention the whole climate change thing:

It is therefore with disappointment that I read of the White House’s plans to make this visit part of a tour for your climate change agenda. Although I understand that your emphasis in New Orleans will — rightly — be on economic development, the temptation to stray into climate change politics should be resisted.

While you and others may be of the opinion that we can legislate away hurricanes with higher taxes, business regulations and EPA power grabs, that is not a view shared by many Louisianians.

I would ask you to respect this important time of remembrance by not inserting the divisive political agenda of liberal environmental activism.

“Liberal environmental activism” is also known as “trying to stop New Orleans from drowning again.” But, hey! This is America — the man is entitled to his beliefs, as irrational as they are. The good news is, Jindal will disappear from the national stage as soon as this interminable race is over, if not well before. Climate change, however, isn’t leaving anytime soon.