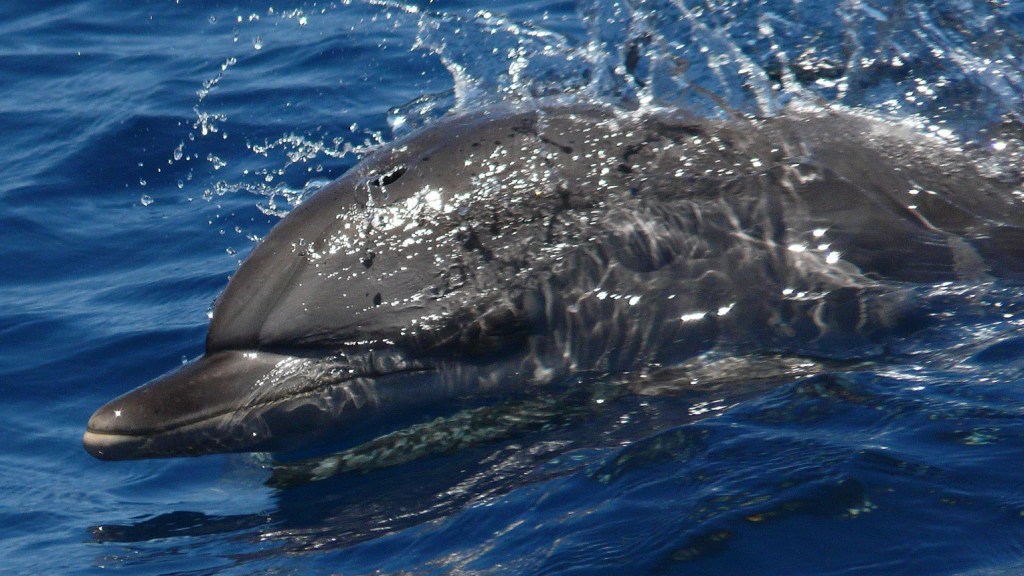 The Obama administration tentatively gave its environmental blessing to oil industry plans to look for new deposits in the Atlantic Ocean off the East Coast. Recommendations outlined Thursday in a long-awaited environmental report by the U.S. Bureau of Ocean Energy Management came as music to the ears of drilling companies.

But the air guns that the industry plans to use in its hunt for underwater oil fields won’t sound so sweet to the staggering numbers of dolphins and whales that could end up being maimed.

The oil industry wants to drill along the East Coast, but the last surveys of oil deposits in coastal Atlantic areas were conducted in the 1970s and 1980s using technology that’s now obsolete. So now industry wants to survey with more modern techniques, which McClatchy news service describes this way: “The seismic tests involve vessels towing an array of air guns that blast compressed air underwater, sending intense sound waves to the bottom of the ocean. The booms are repeated every 10 seconds or so for days or weeks.”

Thirty-four marine mammal species, which use sound to navigate, could be harmed by the seismic testing, and some of the animals could be killed. “By failing to consider relevant science, the Obama administration’s decision could be a death sentence for many marine mammals, needlessly turning the Atlantic Ocean into a blast zone,” said Jacqueline Savitz with the nonprofit Oceana. “In its rush to finalize this proposal, the Obama administration is failing to consider the cumulative impacts that these repeated dynamite-like blasts will have on vital behaviors like mating, feeding, breathing, communicating and navigating.”

The government’s new environmental assessment warns that more than a million bottlenose dolphins could be hurt every year by the acoustic blasts, which would extend from the shoreline to as far as 400 miles offshore, from Delaware down to Florida. More than 600,000 short-beaked common dolphins and more than 500,000 Atlantic spotted dolphins could also be affected, along with humpback whales, baleen whales, and other endangered species.

Estimating the damage that could be caused by the air guns is a difficult task, and the report states that its figures are “based on acoustic and impact models that are by their very nature conservative and complex.” The report also includes estimates that would see far fewer whales and dolphins harmed. And some outside experts say threats are not that dire: “There’s no argument that some of these sounds can harm animals, but it’s blown out of proportion,” Arthur N. Popper, head of the University of Maryland’s laboratory of aquatic bioacoustics, told The New York Times.

The report is part of a long administrative process required to move forward with surveys and the easing of a long ban on drilling the Atlantic seafloor. The New York Times explains what’s next:

Actual drilling of test wells could not begin until a White House ban on production in the Atlantic expires in 2017, and even then, only after the government agrees to lease ocean tracts to oil companies, an issue officials have barely begun to study.

The petroleum industry has sunk 51 wells off the East Coast — none of them successful enough to begin production — in decades past. But the Interior Department said in 2011 that 3.3 billion barrels of recoverable oil and 312 trillion cubic feet of natural gas could lie in the exploration area, and nine companies have already applied for permits to begin surveys.

Much of the controversy around Thursday’s report has focused on largely invisible impacts on charismatic sea life, but the report warns of another obvious risk associated with an exploration and drilling spree: oil spills.

Those can have bad impacts on sea life too. Just ask fishermen along the Gulf of Mexico.