Normal people, who don’t follow every torturous twist and turn in the never-ending Keystone XL saga, would be forgiven for misunderstanding Tuesday’s news when they saw “Obama” and “veto” and “Keystone” in the headlines. Despite that confluence of words, Obama did not in fact veto the Keystone XL pipeline. Rather, he vetoed a bill from Congress that would have forced approval of the pipeline project, but he did this because he wants to retain the power to make the Keystone decision himself — and he could still decide either way.

So it was particularly galling to see those two groups spreading misleading meme boxes on social media yesterday: 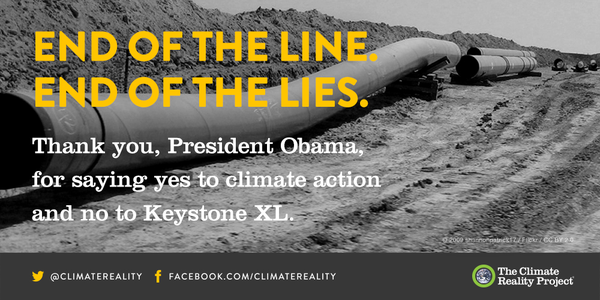 The Democratic Party should know better too: 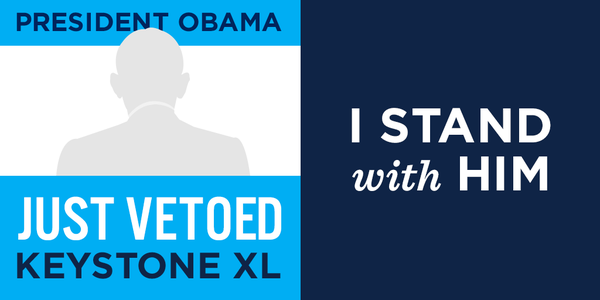 They’re all just as bad as Fox News: 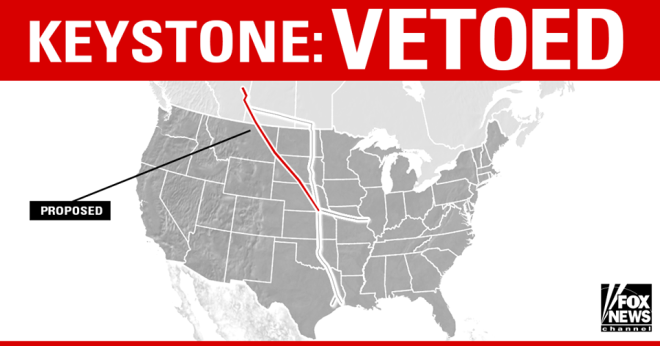 On the other hand …

Here are two groups that did it right, Oil Change International and 350.org. They tried to make it clear that Obama has now done one good thing — vetoed the Keystone bill that Congress sent him — but he still needs to take the big final step and reject the pipeline project altogether. 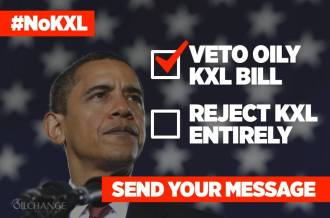 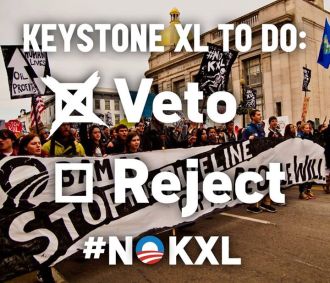 We understand the impulse to celebrate, especially when climate wins are few and far between. (And we get that groups’ social media coordinators are anxious for lots of likes and retweets.) But breaking out the champagne before Keystone is actually dead means normal people will think they can just turn their attention back to the Kardashians. If you want to beat Keystone for real, you gotta keep the pressure on and not prematurely declare victory.